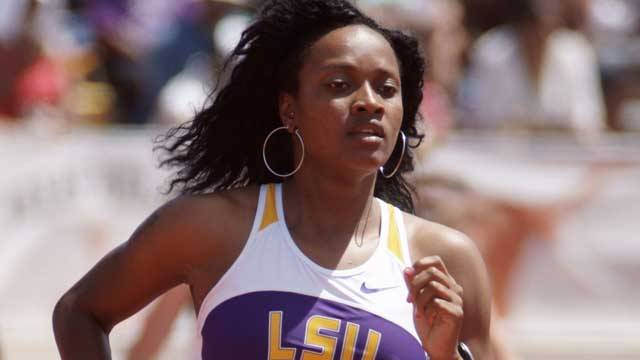 BATON ROUGE – With LSU officially closing its doors this week for Spring Break, the men’s and women’s track and field teams have arrived in Miami, Fla., where they are preparing to compete in the Miami Elite Invitational being held Saturday at Cobb Stadium on the campus of the University of Miami.

After arriving in sunny South Florida on Thursday morning, the Tigers and Lady Tigers held two training sessions at Cobb Stadium on Thursday and Friday in preparation for Saturday’s meet.

The action gets underway in the field at 10 a.m. CT followed by the first events on the track at 3 p.m. Full results will be available at www.LSUsports.net following the conclusion of the meet.

“This is certainly an important week for both of our teams because this will be the first opportunity many of them have had to compete in their open events,” said LSU head coach Dennis Shaver. “We really have not had that opportunity to this point with our meets being focused more toward the relay events. Coming here will give us a chance to compete in events like the 200, 400 and 800 meters for the first time.”

The Lady Tigers look to dominate the 200-meter dash as senior Samantha Henry, junior Kenyanna Wilson and freshmen Kimberlyn Duncan and Takeia Pinckney will make their outdoor debut in the event. Wilson, Duncan and Pinckney are also slated to run the 100-meter dash during Saturday’s competition.

In addition, the Lady Tiger duo of LaTavia Thomas and Kayann Thompson will compete in the 800 meter run for the first time this season alongside junior Brittany Hall and freshman Charlene Lipsey.

Also scheduled to compete for the Lady Tigers is sophomore All-American Cassandra Tate, who will line up in the 400-meter hurdles for the first time in her collegiate career. Tate has competed primarily in the 200-meter dash in her first two seasons with the Lady Tigers while also running on the 4×400-meter relay.

Like the Lady Tigers, the Tigers will open up in events ranging from the 200 meters to the 800 meters this weekend at the Miami Elite Invitational. Senior Armanti Hayes, sophomore Robert Simmons and freshman Caleb Williams are each set to compete in the 400 meters for the first time, while senior Jamaal James, senior Richard Jones and freshman Sadiki White are scheduled to run the 800 meters.

LSU’s 4×100-meter relay teams are off to a fast start this season, and both are ready to compete again this weekend as they look to build consistency for the postseason.

Henry, Duncan, Pinckney and Wilson have teamed to run the third-fastest time in the NCAA for the Lady Tigers with a time of 43.68 seconds. For the Tigers, the squad of sophomore Barrett Nugent, senior Will Coppage, junior Gabriel Mvumvure and freshman Johnathan Johnson ranks No. 6 nationally at 39.43.

After returning to Baton Rouge on Sunday, the Tigers and Lady Tigers will host the LSU Alumni Gold on April 17 at the Bernie Moore Track Stadium. As part of the festivities, the teams will host the inaugural LSU Track & Field Team Awards and Alumni Recognition Banquet at the Crowne Plaza Baton Rouge on Friday, April 16, beginning at 6:30 p.m. CT.