Shortridge Among Softball Player of the Year Finalists 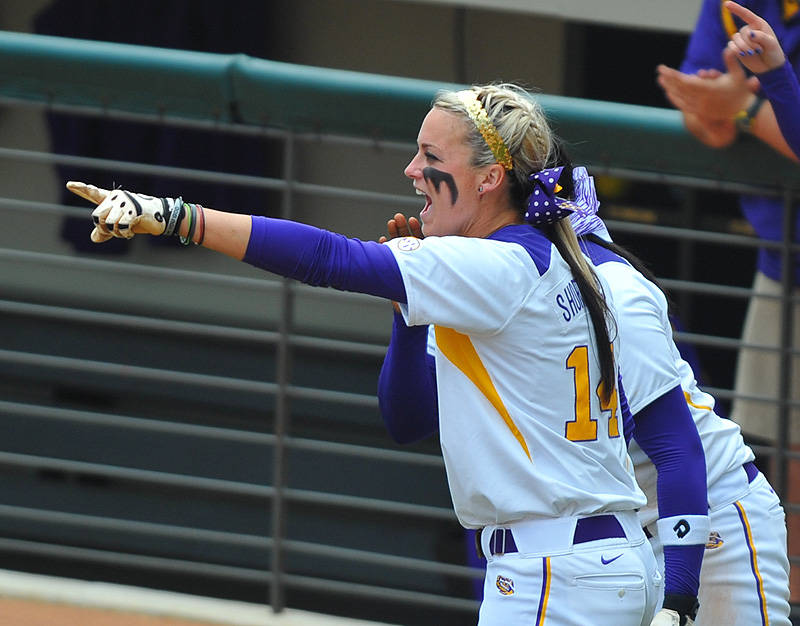 OKLAHOMA CITY, Okla. – LSU centerfielder/pitcher Kirsten Shortridge was named one of 25 finalists for the USA Softball Collegiate Player of the Award Wednesday as announced by the Amateur Softball Association [ASA] of America.

Shortridge has racked up a .433 batting average. Her 55 hits and 19 multi-hit games rank third in the SEC. The Keller, Texas native also has scored a team-best 33 runs to go along with 32 stolen bases. She has posted a 3-1 mark with a 1.99 ERA in the pitching circle.

The Top 25 list represents 20 schools and seven different conferences. It’s comprised of 10 seniors, seven juniors, one sophomore and seven freshmen. The 2010 USA Softball Collegiate Player of the Year will be chosen from the 25 finalists.

The Tigers wrap up a seven-game road swing with a Wednesday twin bill at No. 6 Alabama. First pitch is on-tap for 5 p.m. and both games will be broadcasted live on ESPN 104.5 and The X 104.9 FM in the Baton Rouge area. Live stats also will be available on LSUsports.com along with in-game updates via www.twitter.com/lsu_softball.