Tiger Great Toms Set to Tee Off at Masters 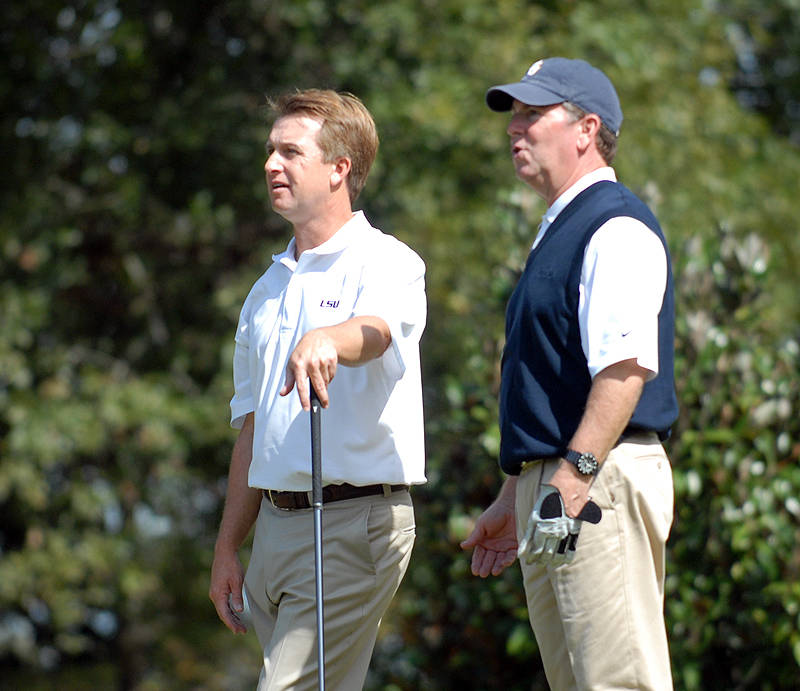 BATON ROUGE — For the 12th time in his illustrious career on the PGA Tour, LSU great David Toms will compete in the first major championship of the season this weekend as the 2010 Masters Tournament is set to begin Thursday morning at Augusta National Golf Club in Augusta, Ga.

Toms is paired with Graeme McDowell and John Senden in the first round and is scheduled to tee it up at 7:34 a.m. CT from the first tee. Fans can follow all the action at www.masters.com.

Toms has enjoyed tremendous success at The Masters during his professional career as he owns three Top 10 finishes in arguably the most prestigious event in the game.

His best finish came in his debut in 1998 when he tied for sixth place on the leaderboard. That year, Toms tied a Masters record with the lowest final round score in tournament history at 8-under par 64 that stands as his lowest round at Augusta National. While firing a 64, Toms also equaled the tournament record with a 7-under 29 on the back nine and birdies on six-straight holes from No. 12 through No. 17.

Toms has since finished in the Top 10 of the leaderboard on two other occasions, including 2003 when he tied for eighth place and 2007 when he finished in sole possession of ninth place.

The 2001 PGA Champion is coming off a 2009 campaign in which he earned seven Top 10 finishes. That includes three runner-up finishes at the Sony Open, the St. Jude Classic and the Travelers Championship.