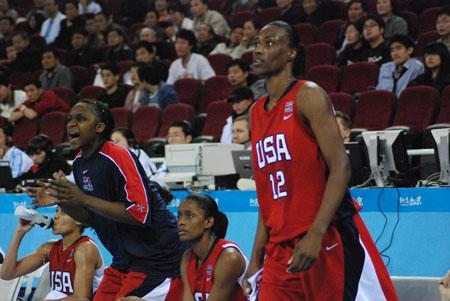 Fowles, who ended her career at LSU with a school and Southeastern Conference record 86 double doubles, has recorded back-to-back double doubles and has led Team USA (2-1) in scoring the past two games. On Sunday, Fowles scored 25 points, pulled down 18 rebounds and blocked six shots against Cuba in addition to her 20-point, 10-rebound outing against South Korea.

“We watched film this morning and coach Anne (Donovan) told us to utilize our height and make sure the bigs run the floor and our point guards get the ball into us,” Fowles said. “We took advantage of that tonight.”

Against South Korea (1-2) the U.S. shot a blistering 52.7 percent from the field, and Fowles led the way by shooting 9-12 from the floor and 2-3 at the free throw line in only 21 minutes on the court.

Fowles and the U.S. National team will take a break from action until Wednesday when Team USA faces New Zealand, and they will close out the tournament against China on Thursday.