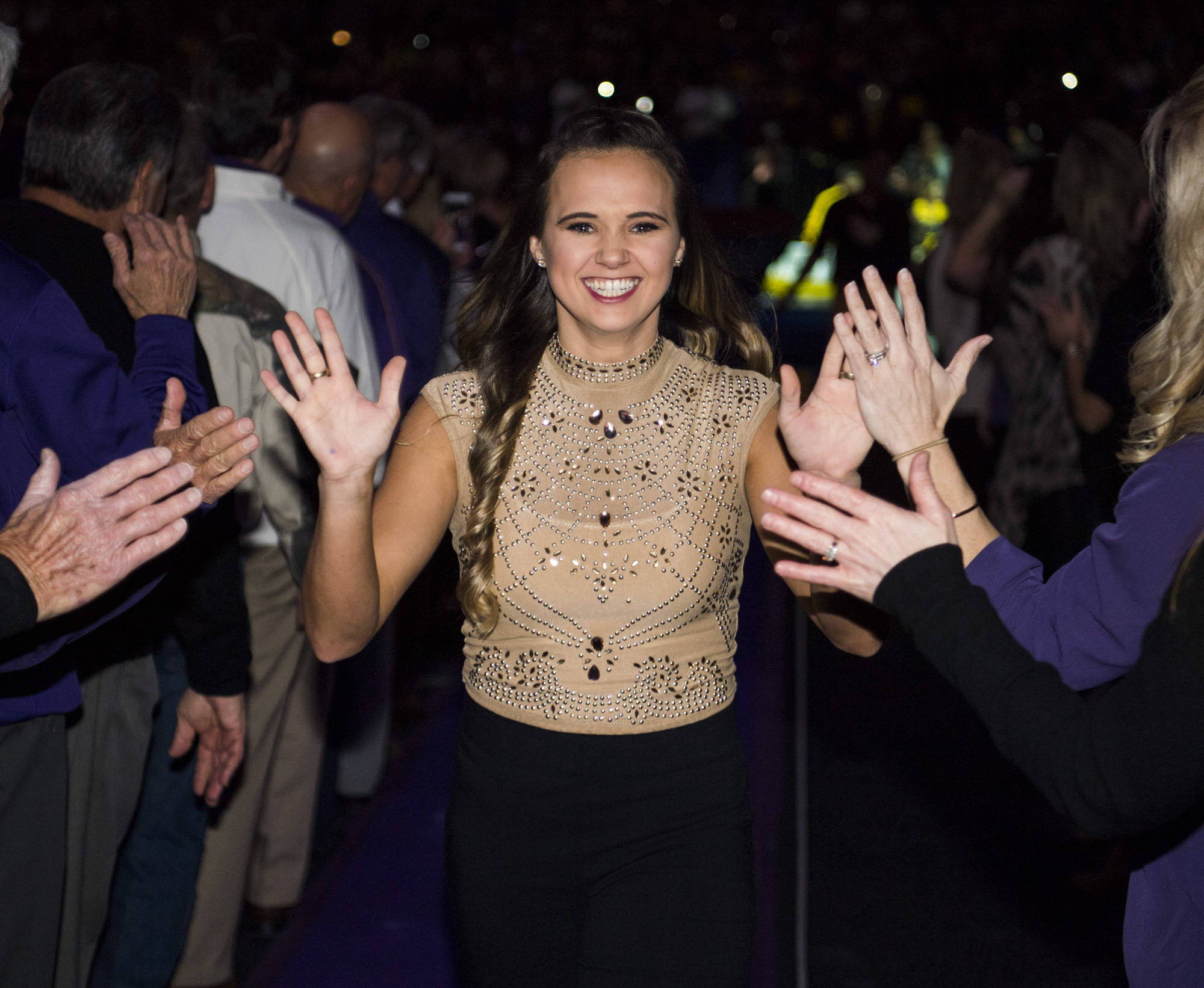 “I am so humble and honored to join Penn State and what Sarah (Brown) is building,” Gnat said. “ I also can’t thank D-D, Jay, Bob, Ashleigh Clare-Kearney, Katie Copeland and the entire village at LSU for their support. I am so proud of what I’ve been able to do in Baton Rouge, but I am really looking forward to my next chapter in State College.

Gnat finished her career in 2017 as one of the most decorated gymnasts in school history with 17 All-America honors, two SEC Specialist of the Year Awards and multiple SEC Championships.. She capped her senior season as the NCAA Floor Exercise Champion and winner of the AAI Award, which goes to the top senior gymnast in the nation.

“Every coach should have the opportunity to coach an athlete with all of the qualities that Ashleigh demonstrates every day,” head coach D-D Breaux said. “She is a shining example of what a student-athlete should aspire to become and has been a champion at every level. Her record setting career will forever make her one of LSU’s best. I know she is excited for the next chapter in her life and I am really so proud of her. She is destined to be a great collegiate gymnastics coach.”

Gnat set multiple records during her career in Baton Rouge, including the most floor titles in a single season. She also tied for the most conference event titles with three in 2017 when she won vault, floor and beam.

Gnat has been a part of the most successful stretch in the history of the program. As a student-athlete and staff member, Gnat was a part of the highest finishes in school history, record crowds inside the Maravich Center, three SEC meet championships and two SEC regular season titles.