Will Wade Pleased with Newcomers During Summer Workouts 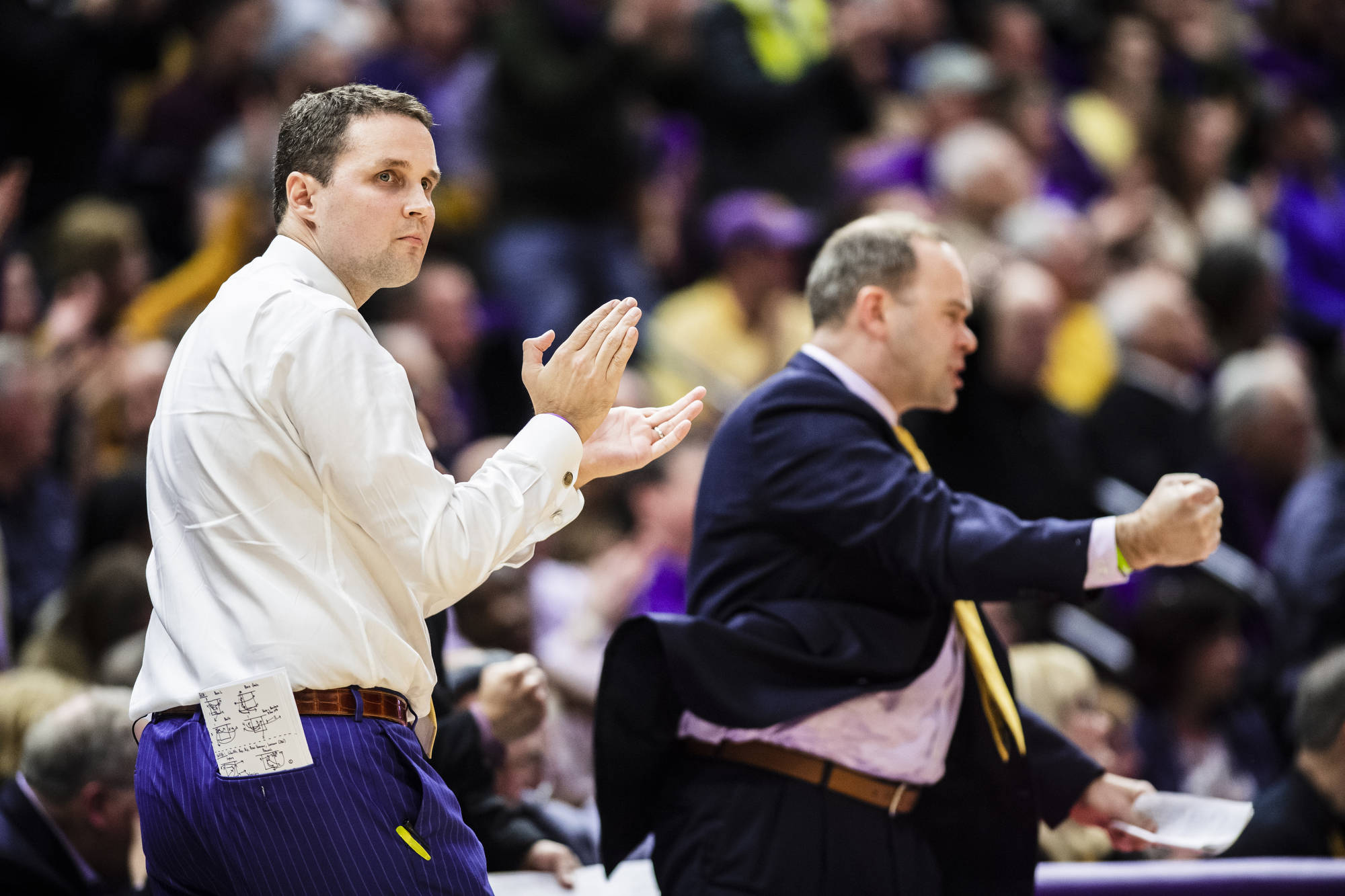 The return of five players from an eight-man rotation that helped LSU win an SEC title and reach a Sweet 16 is plenty of cause for optimism heading into the third season of Will Wade’s tenure in Baton Rouge.

The quick adaptation of three newcomers this summer is still a welcome sight.

Freshmen James Bishop and Trendon Watford join junior Charles Manning Jr. as the newest faces in Wade’s locker room, and all are adapting quickly to the next level.

“I’ve been very pleased with our young guys,” Wade said Thursday on the SEC Coaches Teleconference. “We’ve got a blue collar, hard working group with our new guys. That’s been very, very good.”

The Tigers will count on Bishop, a 6-foot-2 combo guard from Baltimore, to replace some of the production lost with Tremont Waters’ departure to the NBA. Wade paid him almost as high a compliment as he could think of Thursday, when he likened Bishop’s drive and work ethic to senior Skylar Mays.

“Bishop is as hard of a worker that I’ve ever seen as a freshman. You guys all know how I feel about Skylar Mays, and James has worked as hard, if not harder, than Skylar this summer. It’s incredible to watch.”

In addition to the Tigers’ summer plan, Bishop was getting three to five extra sessions of work on his own over the past few weeks. Wade actually shut him down this week to let his body rest and recover.

“He’s just an incredible, incredible worker,” Wade said. “He can score it at will. We’re very, very excited about him.”

Watford comes in with plenty of acclaim. The five-star forward from Birmingham is a 6-foot-9 jack-of-all-trades forward, with a smooth inside-out game and a guard’s handle on the ball.

His playmaking and decision-making has stood out early in the summer, as he continues to work on his shooting.

Manning is a junior college product who averaged 16.8 points per game for Florida Southwestern State last season. A 49 percent field goal shooter who knocked down 37.6 percent of his three-pointers, Manning will add an athletic presence in the backcourt and on the wing for the Tigers in 2019-20.

“Charles is a tremendous, tremendous defender,” Wade said. “He’s got length, athleticism, he’s everything we thought he’d be on the defensive end. He’s shooting the ball at a high level, he’s playing well off the bounce. I’m very, very pleased with him.”

The team is near the midway point of its eight-week summer program, but they’ll get the added benefit of an August tour of Spain. The NCAA permits programs to take one offseason trip out of the country every four years. LSU visited Australia before the 2015-16 season, and Wade is excited about the added time he’ll get to spend with his team.

“Every time I’ve been on a foreign tour with other teams I’ve coached, it’s been a great team bonding experience,” Wade said. “It’s been a great overall experience for our players and it has really expedited things for our team in terms of being a little further ahead as we’ve started things. Hopefully we’ll be able to capitalize on all those advantages as we go to Spain this summer.”