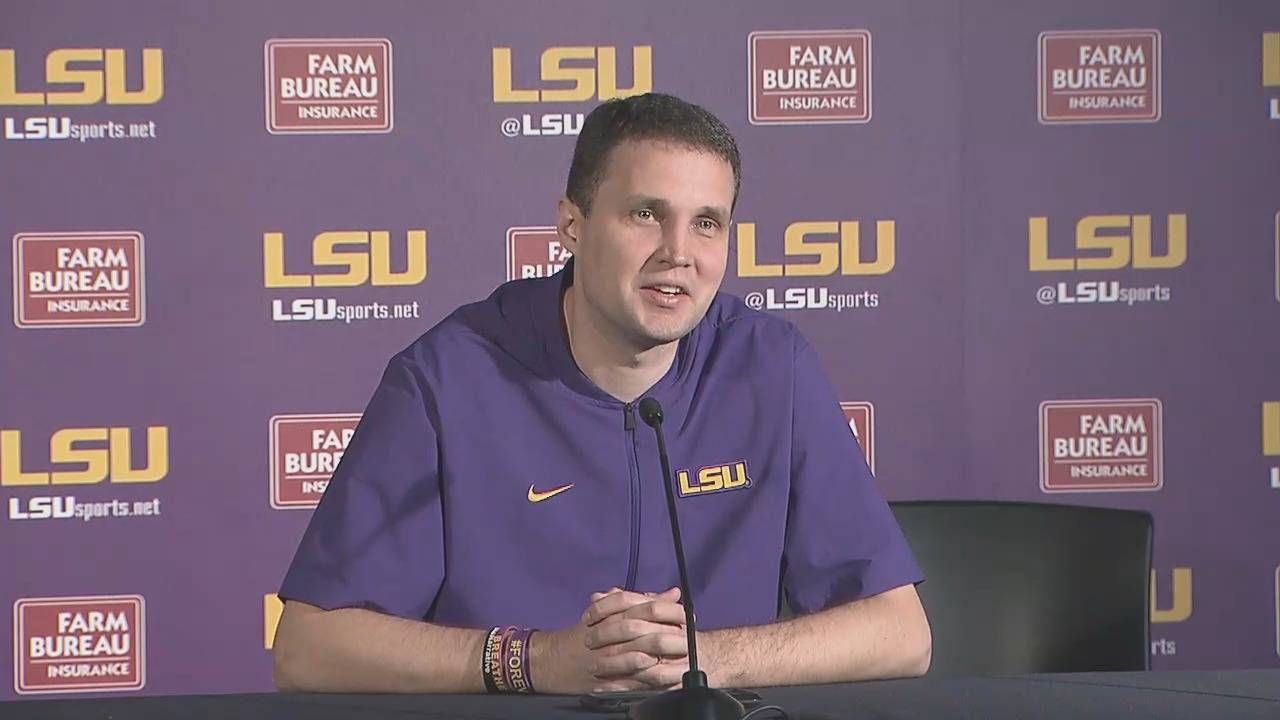 The coaches were given the opportunity to discuss what they have seen so far in summer workouts and to discuss such things as individual players and some of the new rule changes that will go into effect for the 2019-20 college basketball season.

Here is a transcript of what Coach Wade told the media in his time on the phone:

Opening statement…
“Our summer is off to a good start. Obviously we’re happy to have five of our top eight guys back so we have a little bit more of a veteran core that’s returning. I’ve been very pleased with our young guys. We’ve got a blue collar, hard working group with our new guys. That’s been very, very good. We’re looking forward to our trip to Spain. We’ve got a trip to Spain in August. It will be a great time for us to continue to grow as a team with the practices and then obviously, every time I’ve been on a foreign tour with other teams I’ve coached, it’s been a great team bonding experience. It’s been a great overall experience for our players and it has really expedited things for our team in terms of being a little further ahead as we’ve started things. Hopefully we’ll be able to capitalize on all those advantages as we go to Spain this summer.”

On the additions of Trendon Watford, James Bishop and Charles Manning…
“They’ve all been tremendous for us. You never know for certain until we play games, but I definitely think we’ve hit on all three of those kids. Charles is a tremendous, tremendous defender. He’s got length, athleticism, he’s everything we thought he’d be on the defensive end. He’s shooting the ball at a high level, he’s playing well off the bounce. I’m very, very pleased with him.

“Bishop is as hard of a worker that I’ve ever seen as a freshman. You guys all know how I feel about Skylar Mays, and James has worked as hard, if not harder, than Skylar this summer. It’s incredible to watch. In fact, this week I had to kind of shut things down. I think his body was just giving out on him a little bit because he had been working so hard. He was in the gym on his own three or four or five time a day outside of what we were doing with our team. He’s just an incredible, incredible worker. He can score it at will. We’re very, very excited about him.

“Trendon has been just phenomenal as well. He’s been an extremely hard worker. He’s been getting in working extra. He’s really spent some time trying to fine-tune his jump shot and get that very, very consistent. He’s worked hard at that. He makes the right play every time. I try to judge it – it’s not necessarily on whether the play is finished, but does he make the right read and does he make the right play? And Trendon does that 90-95-percent of the time. I’m very, very happy with our newcomers and I’m happy with our returners and how they’ve progressed and worked as well.”

On the proposed contract extension and raise for assistant coach Bill Armstrong…
“Coach Armstrong has done a phenomenal job for our staff. Certainly we want to reward people who are hard workers and reward people who do a good job. One thing I love about Coach Armstrong is he has no ego. He’s always working and he has a great way about him with our players. I felt like he definitely deserved a raise and I’m certainly appreciative of Scott Woodward and Verge (Ausberry) for approving that and hopefully the Board of Supervisors for moving that through. Coach Armstrong has been a vital part of our success these first couple of years and he’s going to be huge for us as we continue to move forward and try to sustain the level that we’re at now and reach a little higher level. I’m very, very excited.”

On the new three-point line and the new shot clock reset to 20 rule…
“I think initially moving the three-point line back will have an effect on the shooting percentage. I think they’ll go down, but like anything the players adjust, everybody adjusts and I think as the season goes along, three-point percentages will go back up and I think eventually they will even back out to where they were at the old line or maybe even be a little bit better. I think initially there will be an opportunity for a little bit of a dip, but I think they will continue to move up as guys get more used to it and guys practice more with that line.