Tigers to Play at Minute Maid Park in 2020 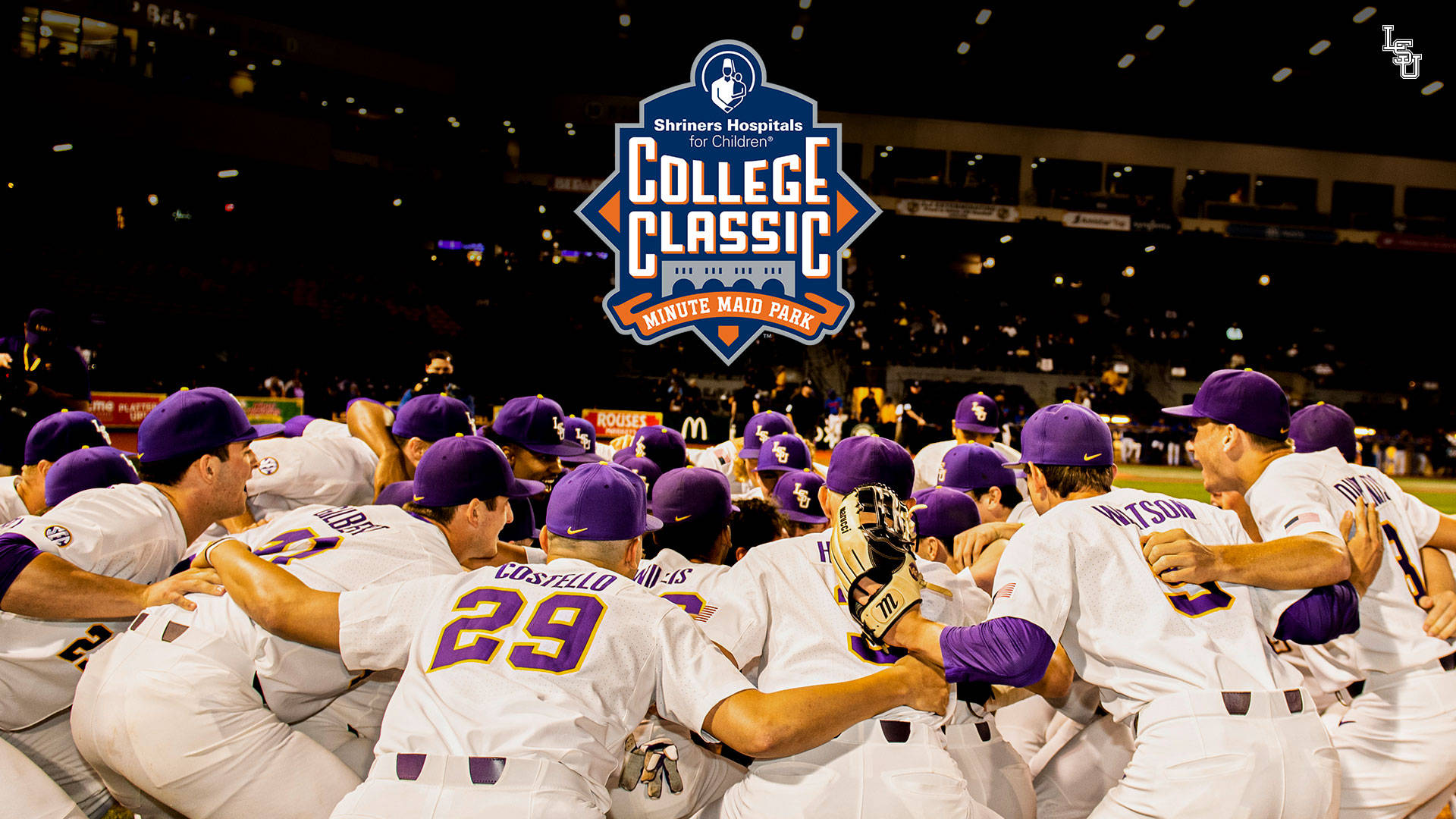 HOUSTON — The 20th annual Shriners Hospitals for Children College Classic has announced its tournament schedule for the 2020 event, which will feature all Big 12 and SEC matchups over the three-day weekend (Feb. 28-March 1). The participating programs in the 2020 field include SEC teams LSU, Arkansas and Missouri, and Big 12 teams Baylor, Oklahoma and Texas.

The 2020 field is one of the best in the 20-year history of the Shriners Hospitals for Children College Classic and it’s the second time for the tournament to boast a Big 12 vs. SEC theme. The tournament last did so in 2017, which garnered the highest attendance in tournament history, as over 53,000 fans entered the turnstiles of Minute Maid Park that year.

LSU was a part of that 2017 field and will return in 2020 for their third appearance in the tournament. Prior to 2017, LSU debuted in the Shriners Hospitals for Children College Classic in 2015, a team that featured junior shortstop Alex Bregman, who ended up as the second overall pick in the MLB Draft that season. Bregman helped lead the Houston Astros to 2017 World Series title, and he was voted MVP of the 2018 MLB All-Star Game. The 2019 LSU squad is coming off an appearance in the Super Regionals and has won NCAA Regionals in four of the last five seasons.

The University of Texas returns to Minute Maid Park for the first time since the 2014 tournament and for their ninth time in school history. Texas, which historically played in the tournament every even year prior to 2014, now returns under Head Coach David Pierce, who has coached at the College Classic in 10 different seasons while at his previous coaching stops, Sam Houston State (2014) and Rice (2003-11). Notable Longhorns to play at the College Classic include Taylor Jungmann and Brandon Workman, who headlined Texas’ rotation at the 2010 field.

LSU and Texas will play on Friday night, Feb. 28, scheduled for a 7 p.m. first pitch.

Arkansas will continue their trend of appearing in the tournament once every four years, as they will make their third appearance in the College Classic (also, 2012, 2016). Among the six 2020 participants, Arkansas advanced the farthest in this year’s NCAA tournament, making it all the way to the College World Series before being eliminated last week. In their first appearance at the College Classic in 2012, the pitching staff was led by Ryne Stanek, who would go on to become a first-round pick of the Rays in 2013.

College Classic staple, Baylor, returns for their second consecutive year in the tournament and their 12th overall. The Bears are coming off another great year in the Big 12, as they finished second in the conference in regular season play, before advancing to the Regionals. Baylor’s signature moment in the College Classic came in 2011, as sophomore Max Muncy connected for a walkoff grand slam in a 12-8 win over Rice.

Missouri and Oklahoma are both making their second appearance in the tournament, with Missouri appearing in the 2010 field and Oklahoma in 2008. Missouri’s 2010 squad had five players drafted that season, including Big Leaguers Brett Nicholas and Nick Tepesch. Oklahoma’s 2008 team produced Chase Anderson, who’s currently pitching for the Brewers.

Overall, the Shriners Hospitals for Children College Classic has hosted over 30 programs in its 20-year history and has seen a multitude of future Major Leaguers participate, including All-Stars Gerrit Cole and Trevor Bauer (UCLA in 2009), David Price (Vanderbilt in 2007), Matt Carpenter (TCU in 2006) and Anthony Rendon (Rice from 2009-11) to name a few. In this year’s MLB Draft alone, 85 former tournament participants were selected.

Tickets for the classic will be available for purchase in November from the Astros website at Astros.com/CollegeClassic.