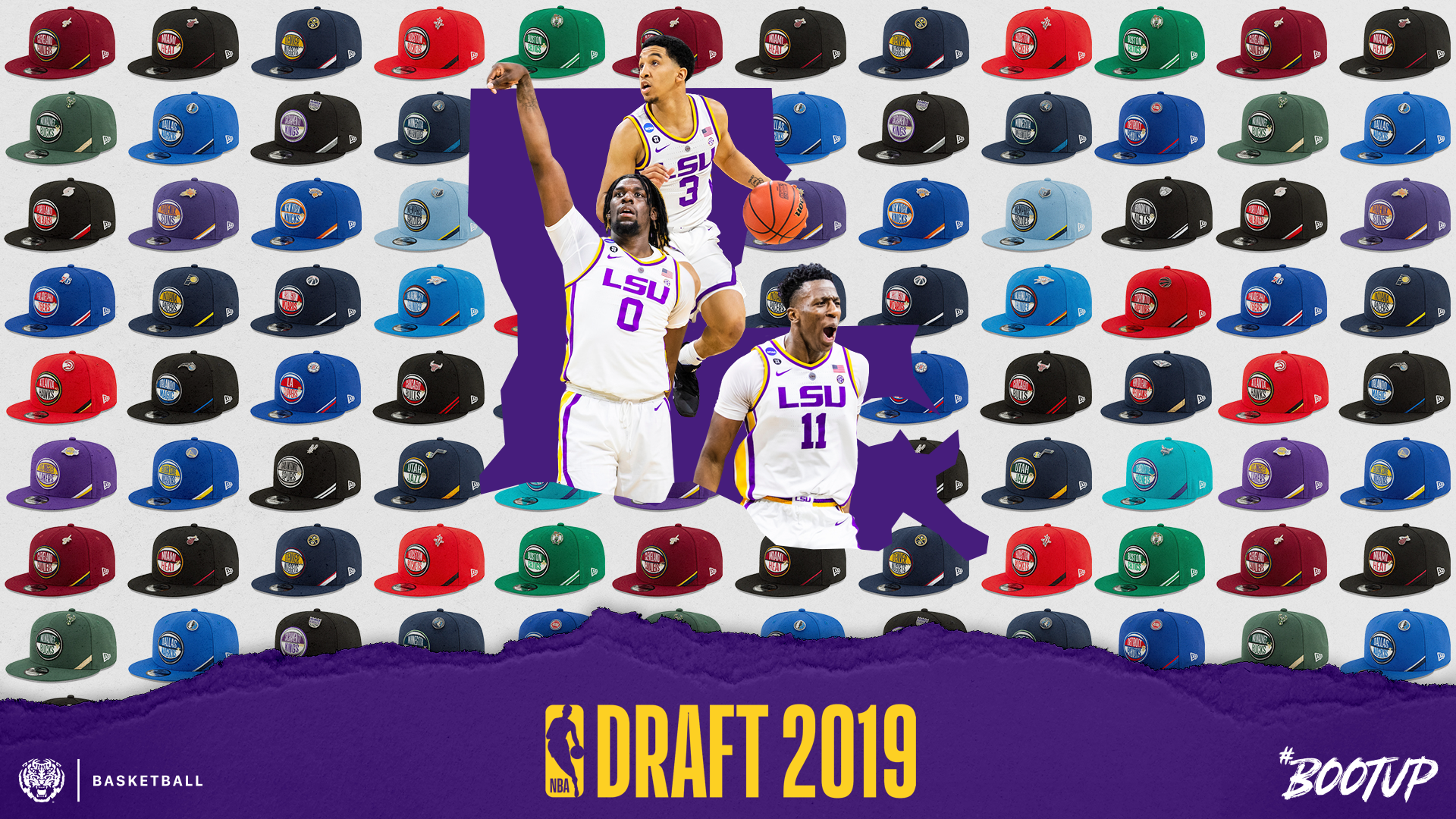 BATON ROUGE – After workouts for various teams and good results in the NBA Combine, Naz Reid and Tremont Waters are looking to be drafted Thursday night in the two rounds of the 2019 NBA Draft at the Barclays Center in Brooklyn.

Waters played two seasons at LSU and was a part of 46 wins and three postseason victories in earning first-team All-SEC honors in 2019 and was one of five finalists for the Bob Cousy Award for point guards. He was also the SEC Co-Defensive Player of the Year in 2019.

Naz Reid played one season at LSU and helped the Tigers to the Sweet 16 in earning league freshman honors and was named an All-American on the Collegeinsider.com Kyle Macy Freshman team.

While Kavell Bigby-Williams is not projected by the draft experts to be in the two rounds of draft picks Thursday, he has worked out for five teams (Pistons, Nuggets, Kings, Wizards and Hornets) and certainly should be involved in the days after the draft in possible free agent discussions and summer league roster selections as that play will start July 5 in Las Vegas.

In two games at the Combine, Waters was 7-of-14 from the field with five treys, five assists and four steals while scoring a combined 19 points. Waters was among the top five in all participants at the Combine in the three-quarter sprint and both NBA break-right and left-shooting percentage. He was also a top five among guards in vertical jump.

In his two seasons, Waters averaged 15.6 points for 66 games with 390 assists and 163 steals. He set the LSU single season mark for steals in a season this past year with 96. He led the SEC in assists average and steals average and was fourth in the nation in steals average. For the 2018-19 season, he averaged 15.3 points, 5.82 assists and 2.91 steals per game. One of the highlights of the season was his drive to the hoop to score the winning bucket against Maryland near the buzzer to give the Tigers a 69-67 victory in the second round of the NCAA Tournament.

Reid also measured well in the combine with standing reach, wingspan and NBA break-right shooting percentage for forwards all listed in the top five. Reid’s wingspan of 7-3 1/4 was third best and his shooting percentage in the break right was 80 percent, which was tied for first.

The Asbury Park, New Jersey, native averaged 13.6 points and 7.2 rebounds a game this past year for the Tigers, starting 32 games. He was second on the team in scoring and first in rebounding. He shot 46.8 percent from the field with 28 three-pointers. He was tied-16th in the league overall in scoring and tied-8th in rebounds, while sixth in field goal percentage. He hit the game-clinching three-pointer in overtime that propelled LSU to a road win at Mississippi State, 98-88.

LSU last had a draft pick in 2016 when Ben Simmons was the first pick of the night by the Philadelphia 76ers. The last time LSU had two picks in a draft was in 2015 when Jarell Martin was a first-round pick of the Memphis Grizzlies and Jordan Mickey was a second-round pick of the Boston Celtics.

Dating back to 1947, LSU has had multiple draft picks on 13 occasions. The Tigers have had 56 players drafted since the start of NBA draft proceedings.