Richardson Named Semifinalist for The Bowerman 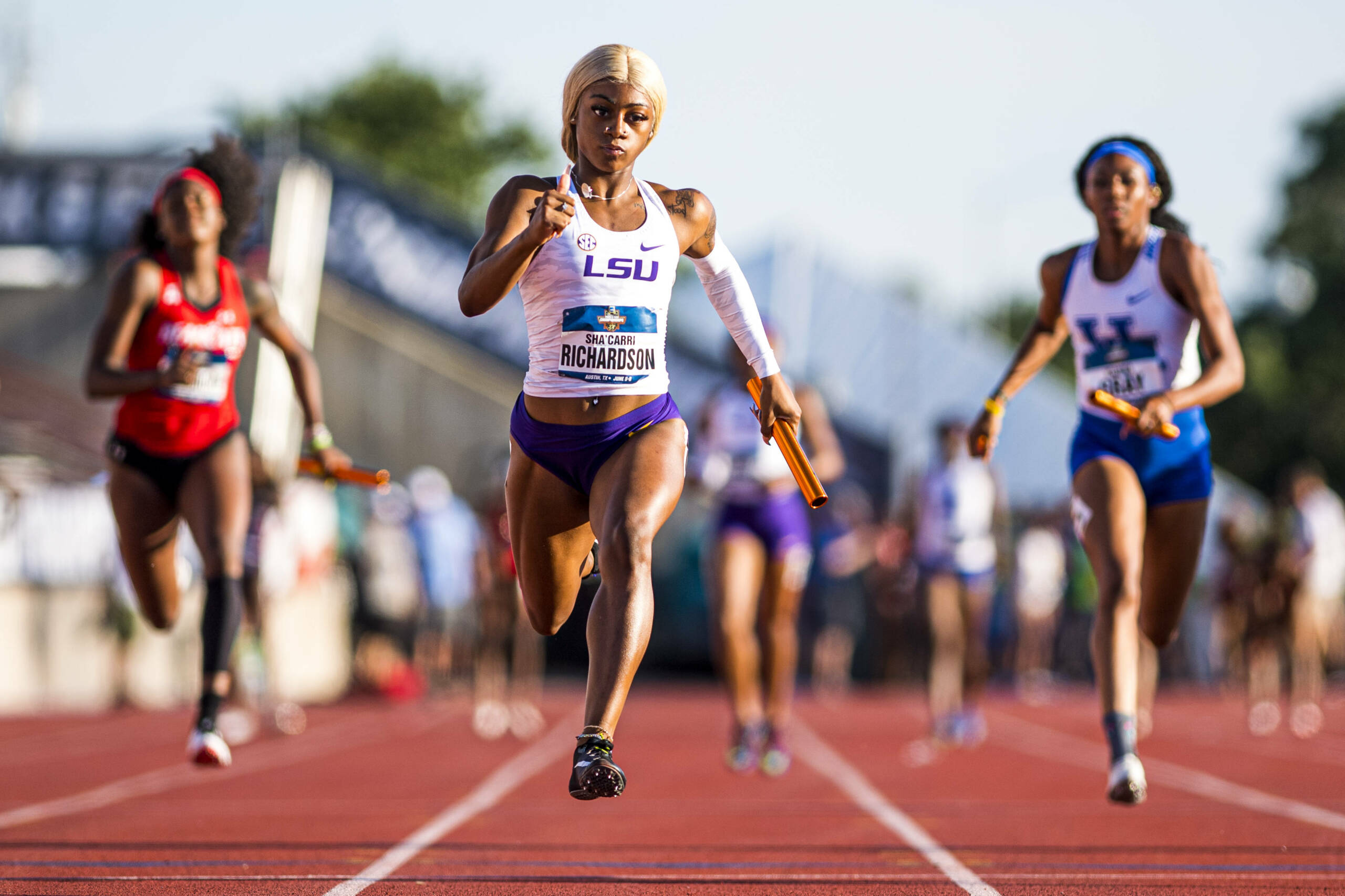 The previous other two athletes from LSU to be named semifinalists were Aleia Hobbs (2018) and Kimberlyn Duncan (2011, 2012, 2013); Duncan won The Bowerman in 2012. Richardson becomes the sixth freshman in the history of The Bowerman on the women’s side to be named a semifinalist.

The Bowerman, collegiate track and field’s highest honor, is awarded each year to the top male and female collegiate athletes in the sport of NCAA track and field. Richardson’s latest and greatest performances have put her right in the running for the most prestigious honor in collegiate track and field. She owns the collegiate record in the 100 meters (10.75), she owns the fifth-fastest time in collegiate history in the outdoor 200 meters (22.17) and she became only the third freshman in NCAA history to win a 100 meter national title. Oh, and not to forget, Richardson went unbeaten in the 100 meters against collegiate competition in finals with an unblemished record of 5-0 in her primary event to make her the FIRST freshman in NCAA history to win the NCAA title to end an undefeated season against collegians (5-0 in finals, 10-0 in all races) in the 100 meters.

The Bowerman takes into consideration what these athletes have done during both the indoor and outdoor seasons and that bodes well for Richardson. Only two of the 10 athletes on the semifinalists, Yanis David (Florida) and Kayla White (NC A&T), have scored more points than Richardson at the two NCAA meets this year. Richardson racked up a total of 22 points at the two NCAA meets for LSU with 20 of them coming outdoors and two of them coming indoors in the 60 meter dash.

Richardson’s NCAA outdoor meet was absolutely historical as she broke Dawn Sowell’s (LSU) collegiate record that had stood for 30 years with a 10.75 to win the NCAA title. The 10.75 was obviously a collegiate record, but it was also a U20 world record, the fifth fastest all-time by an American woman, and the ninth fastest in world history. She also set a U20 world record in the 200 meters with a time of 22.17 that earned her a runner-up finish and ranked her fifth all-time in the NCAA. She anchored LSU’s 4×1 to silver as well at the NCAA meet.

Her SEC outdoor meet was truly special itself as well. The native of Dallas, Texas, became the first freshman in SEC history to sweep the 100 and 200 and run on a winning 4×100 meter relay squad. She racked up a total of 22 points for LSU at the SEC outdoor meet.