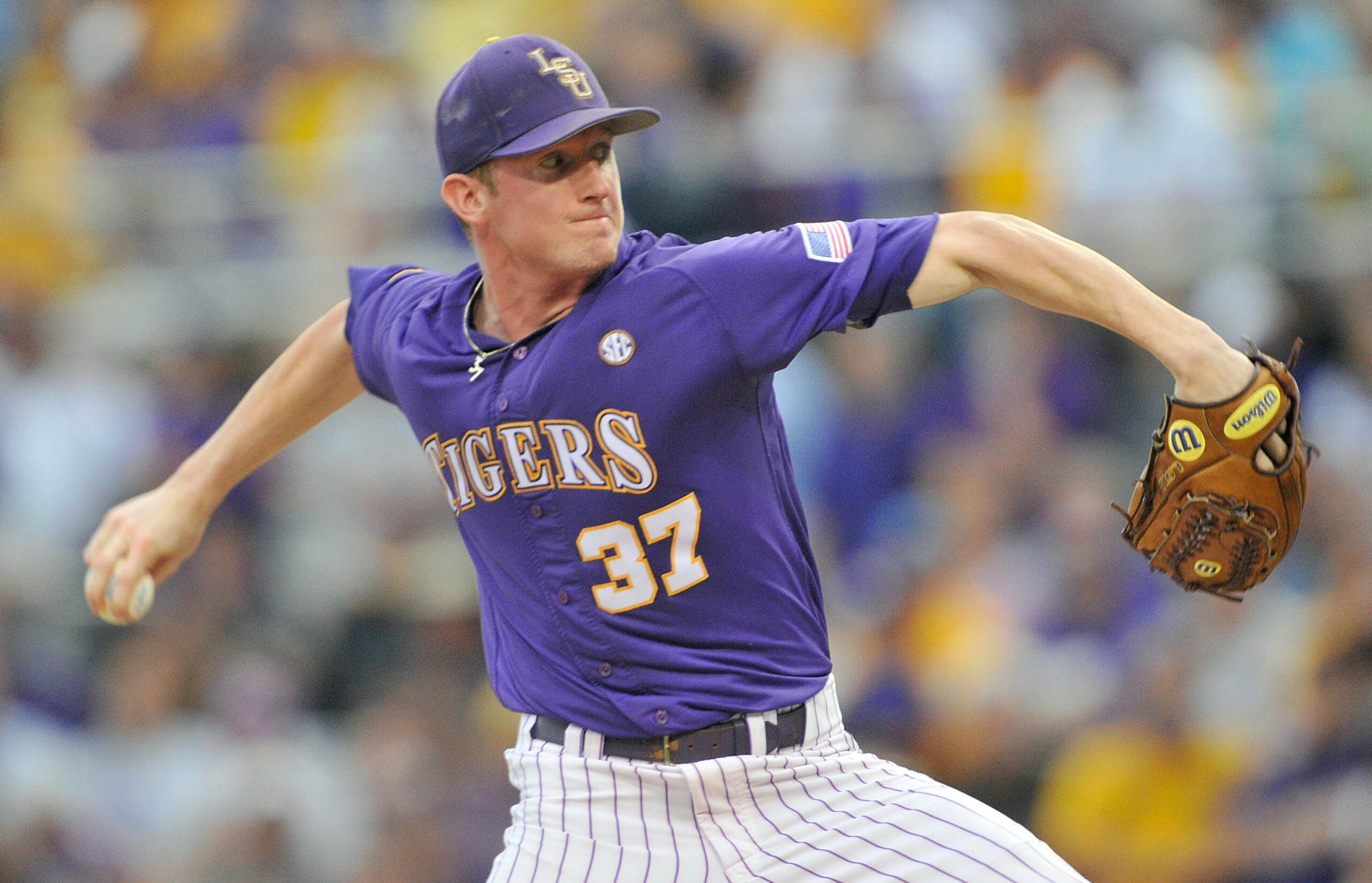 Tigers in the Majors

Eades, the Twins’ second-round draft choice in 2013, becomes the 16th LSU player coached by Paul Mainieri to reach the big leagues. Eades, a native of Slidell, La., played at LSU from 2011 through 2013, and he helped lead the Tigers to a College World Series appearance in 2013 and the SEC championship in 2012.

Eades was named SEC Pitcher of the Week of the Week during the 2012 season after he pitched brilliantly in an April 14 win over Alabama, limiting the Crimson Tide to only two hits in 7.1 innings. He fired 116 pitches in the outing, allowing just one run with four walks and five strikeouts.

LSU has had at least one former player make his MLB debut in 26 of the past 29 seasons. The Tigers have produced a total of 74 Major Leaguers during their illustrious baseball history.