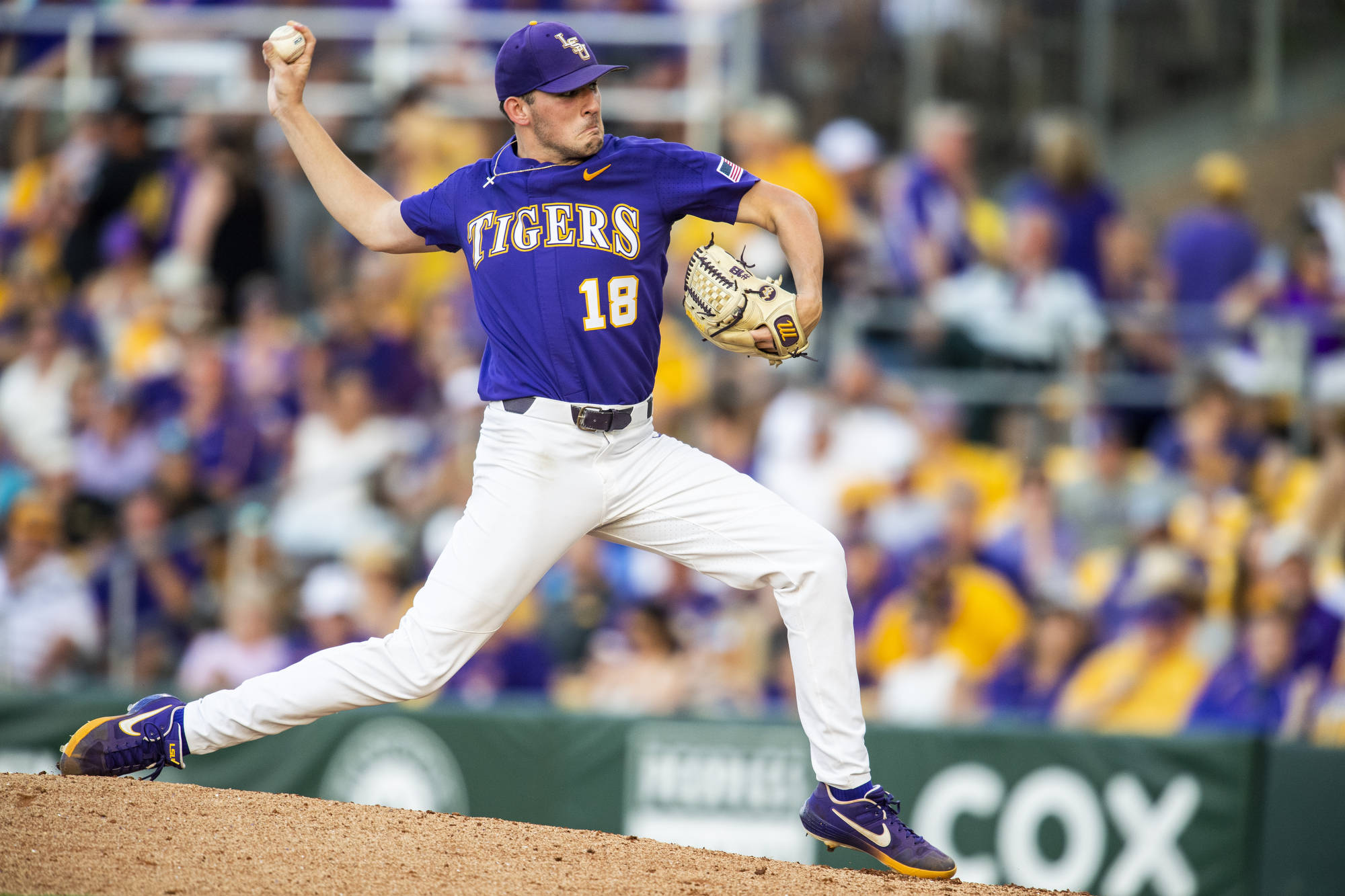 TICKETS
Sold Out | Buy/Sell in the Official StubHub Marketplace

SERIES RECORD VS. FLORIDA STATE
LSU and Florida State have met 18 times since 1955, with each team claiming nine wins … this weekend’s Super Regional marks the seventh meeting between the schools in the NCAA Tournament, with each team capturing three victories in the prior six games … Florida State defeated LSU, 4-2, in the 1975 Starkville (Miss.) Regional; LSU posted a 6-2 win over FSU in the 1987 CWS; FSU defeated LSU, 6-3, in the 1994 CWS; the Tigers posted a 6-3 win over the Seminoles in the 2000 CWS, and LSU recorded two wins over FSU (5-4, 7-4) in the 2017 CWS … this weekend’s Super Regional marks FSU’s first trip to Louisiana to play LSU since March 3, 1991, when the Seminoles posted an 8-0 win over the Tigers at the Louisiana Superdome in New Orleans … this weekend marks FSU’s first trip to Baton Rouge since 1983, when the Seminoles posted two wins over the Tigers (8-2, 6-3) to conclude LSU’s regular season … the teams also met in Baton Rouge in 1966 (LSU wins 3-2 and 1-0) … the first-ever meeting in the series occurred in 1955 at Tallahassee (a 5-3 FSU win).

QUOTING PAUL MAINIERI
“I am so proud of our team for advancing to the Super Regional and playing for a chance to go to Omaha. This is why our players come to LSU, and they’ve earned this opportunity to compete for a berth in the College World Series. Florida State is one of the greatest program in the history of college baseball, and (FSU coach) Mike Martin is one of my heroes because of the tremendous impact he has made upon our game. They have an extremely talented ball club that dominated their regional last weekend. We’re looking forward to an unbelievable atmosphere at ‘The Box’ this weekend with a trip to Omaha on the line.”

ABOUT THE TIGERS
• LSU is the No. 13 National Seed in the NCAA Tournament … the Tigers won the NCAA Baton Rouge Regional with a win over Stony Brook and two wins over Southern Miss … LSU finished the regular season 17-13 in the Southeastern Conference and the Tigers were the No. 5 seed in the SEC Tournament … the Tigers advanced to the SEC Tournament semifinal round for the seventh straight year … LSU has won 10 of its last 13 games.
• LSU scored two runs in the bottom of the ninth inning May 23 on a wild pitch and an error, giving the Tigers a 4-3 walk-off win over Auburn in the third round of the SEC Tournament… the game marked LSU’s fifth walk-off win this year, setting a school record for walk-off victories in a single season … the win came after LSU had suffered a heartbreaking 17-inning loss to Mississippi State in a contest that ended at 3:03 a.m. that same morning … the LSU-Miss. State game was the longest in LSU history in both innings played (17) and time elapsed (6 hours, 43 minutes).
• Senior rightfielder Antoine Duplantis is LSU’s career leader in hits (354), games played (267), triples (16) and at-bats (1,098) … he is second all-time in NCAA Division I at-bats — the NCAA Division I record for career at-bats is 1,114 by John Fishel of Cal State Fullerton (1982-85) .
• LSU catcher Saul Garza has raised his batting average from .188 on April 23 to .309 entering the NCAA Super Regional … Garza, the Co-Most Outstanding Player of the NCAA Baton Rouge Regional, is batting batting .417 (30-for-72) since April 23 (20 games) with seven doubles, four homers, 15 RBI and 13 runs … he is hitting .484 (15-for-31) in LSU’s eight postseason games (SEC & NCAA combined) with six doubles, seven RBI and five runs … Garza also enters the Super Regional riding an 11-game hitting streak.
• Second baseman Brandt Broussard enters the Super Regional with an eight-game hitting streak … Broussard is batting .444 (12-for-27) in LSU’s 2019 postseason games (SEC & NCAA combined) with two doubles, one homer, five RBI, eight runs and three stolen bases … he hit .429 (6-for-14) in the 2019 NCAA Baton Rouge Regional with one double, one homer, four RBI and three runs.

ABOUT THE SEMINOLES
• Florida State is coached by college baseball legend Mike Martin, who is in his 40th and final season with the Seminoles … Martin has the most career wins in NCAA history with 2,026
• The Seminoles won the Athens (Ga.) Regional last weekend with dominating victories over Florida Atlantic and Georgia (twice) … FSU hit .375 (45-for-120) in the regional with six doubles and 10 homers … the Seminoles outscored the opposition, 35-11, in their three games
• Florida State is hitting .274 on the season with 79 homers and 45 steals in 60 attempts … the Seminoles are led at the plate by senior infielder Mike Salvatore, who is hitting .341 with 22 doubles, four triples, seven homers and 50 RBI … freshman outfielder Robby Martin is batting .340 with 54 RBI, junior infielder Drew Mendoza has team-highs of 16 homers and 55 RBI, and junior outfielder J.C. Flowers has 13 homers and 53 RBI … Flowers, a right-hander, is also FSU’s closer, and he has 11 saves this season
• FSU pitchers Drew Parrish and CJ Van Eyk, the Seminoles’ starting pitchers in Games 1 and 2, both played for LSU coach Paul Mainieri last summer when Mainieri served as head coach of the U.S. Collegiate National Team