Peterson Drafted in 7th Round by Nationals 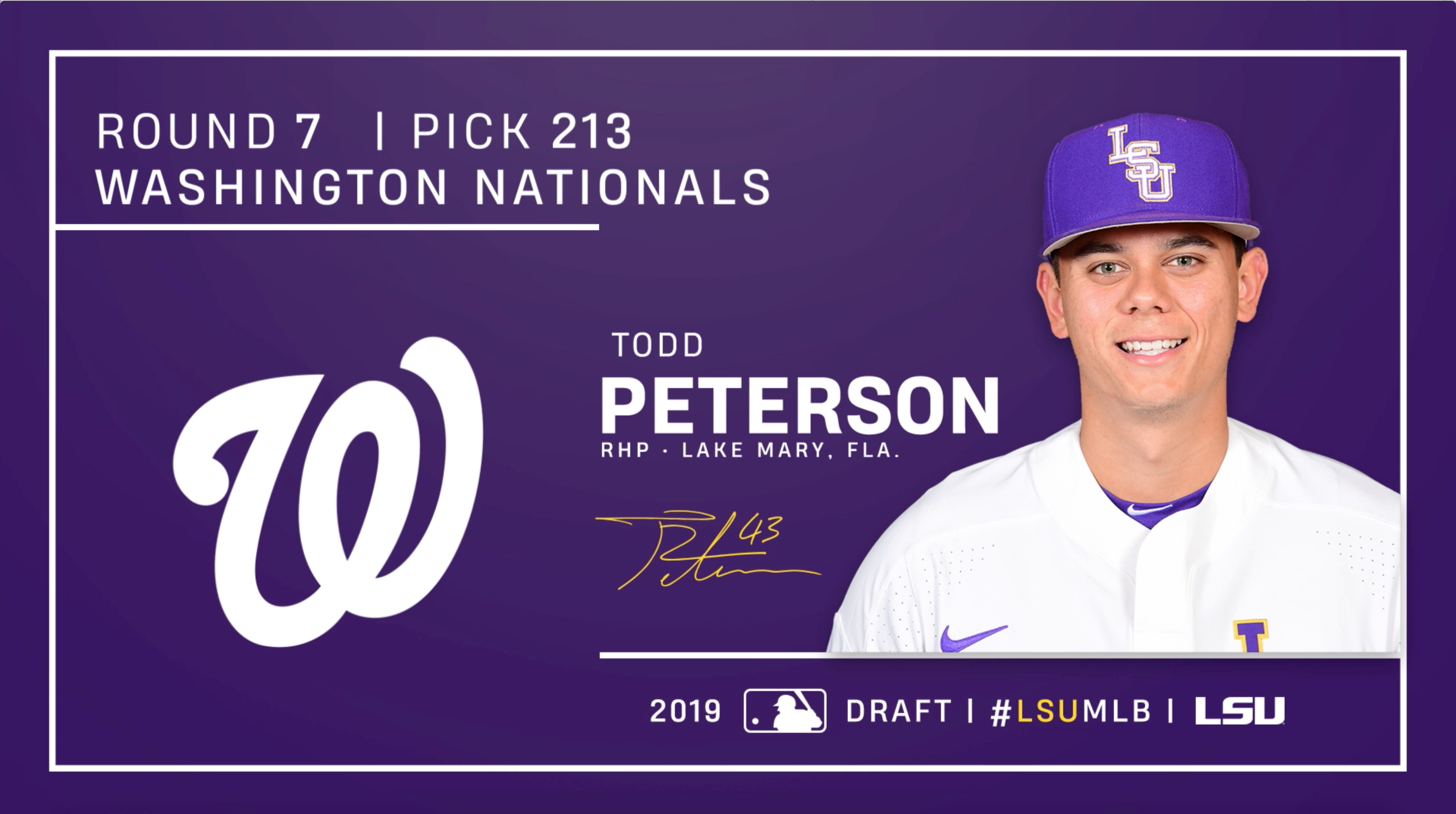 BATON ROUGE, La. – LSU junior right-hander Todd Peterson was selected Tuesday on Day 2 of the 2019 MLB Draft. Peterson was chosen in the seventh round (pick No. 213) by the Washington Nationals.

Peterson is 9-6 with a 4.14 ERA during his three-year LSU career, recording 99 strikeouts in 126 innings with nine saves in 74 appearances (nine starts).

Peterson recorded a brilliant relief effort on May 11 to earn a win at Arkansas, working four shutout innings and limiting the Razorbacks to one hit with two walks and three strikeouts.

From April 3-23 of this season, he worked 12.1 consecutive innings over seven appearances without allowing an earned run, giving up only three hits in that period.