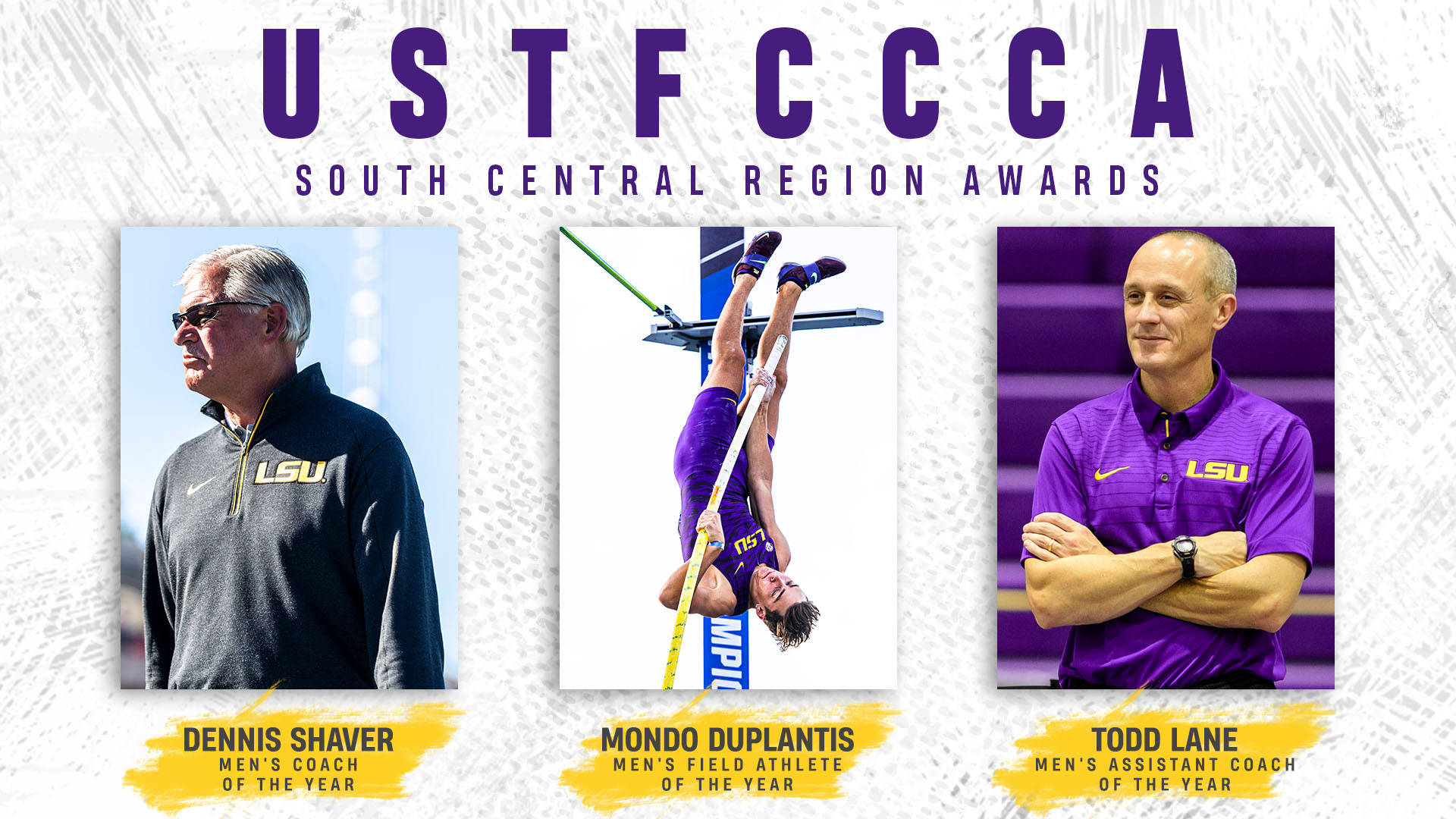 Baton Rouge, La. – It’s been a week of many awards for the LSU track and field program and it continued on Friday with Mondo Duplantis (Men’s Field Athlete of the Year), Dennis Shaver (Men’s Head Coach of the Year), and Todd Lane (Men’s Assistant Coach of the Year) racking up honors from the U.S. Track & Field and Cross Country Coaches Association in the South Central region.

Duplantis, a freshman from Lafayette, La., broke the collegiate record in the pole vault earlier this season when he cleared 6.00 meters (19′ 8.25”) at the SEC Championships. That came just two weeks after he notched what was then the No. 2 mark in collegiate history. So all told, he owns two of the top three marks in outdoor collegiate history.

Lane, in his 12th year in Baton Rouge, had his athletes score 46 of LSU’s 105 points at the SEC Championships en route to winning the conference title. He has a total of five athletes advancing to NCAAs in six events. At the SEC Championships, Lane coached three SEC champions as Dupantis won the pole vault, Christian Miller claimed the triple jump title, and JuVaughn Harrison won the high jump. His long jump unit is ranked No. 1 in the USTFCCCA #EventSquad rankings and three of his athletes have a total of four top-10 NCAA marks in their respective events heading into the NCAA meet.

This marks the sixth time that Shaver has been recognized as the South Central Head Coach of the Year; his previous five awards came on the women’s side. Mondo becomes LSU’s frist men’s athlete to sweep the USTFCCCA South Central Men’s Field Athlete of the Year both indoors and outdoors in the same season, and Lane earned this honor for the first time in his career.