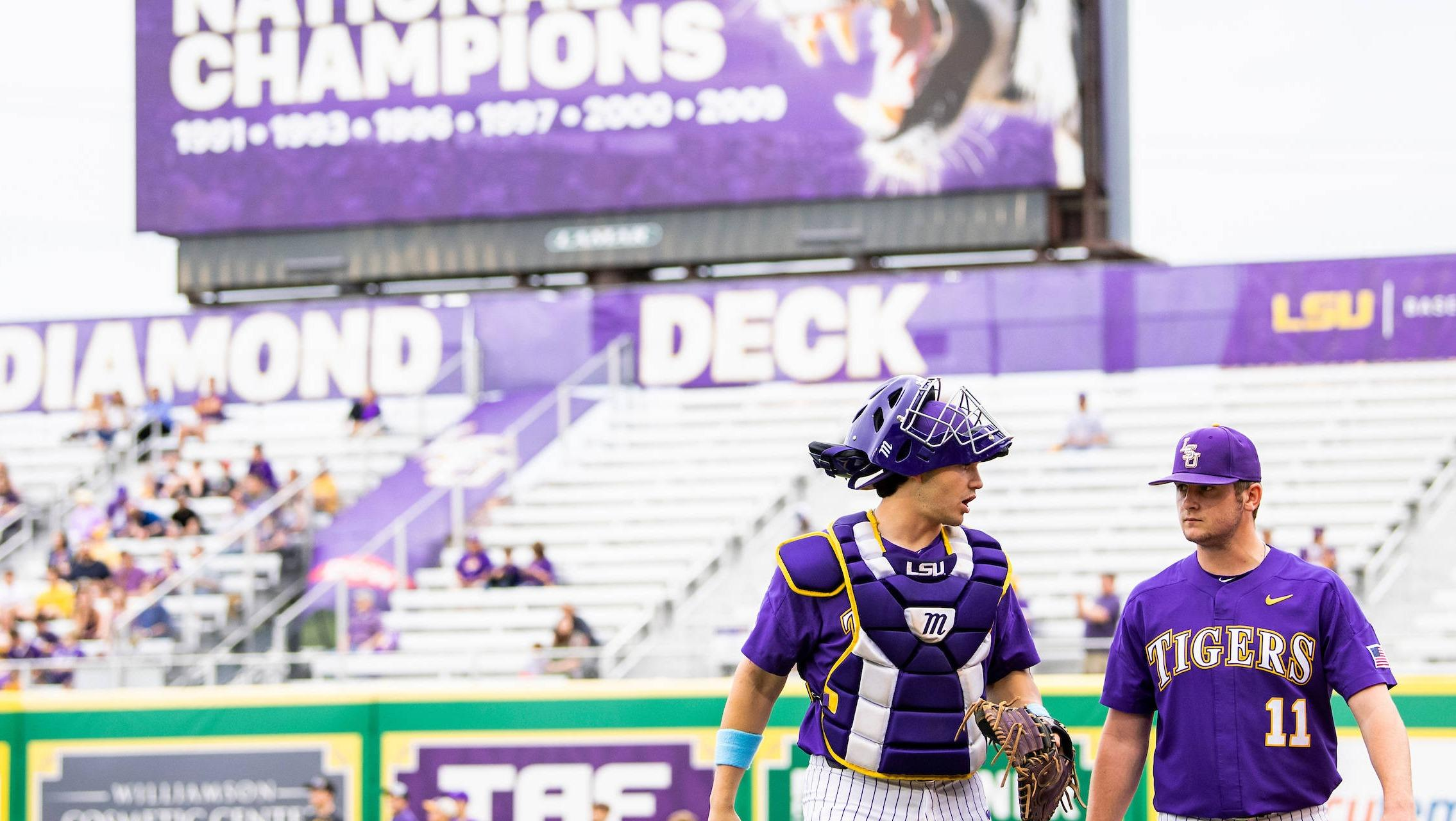 A month ago, it’s unlikely anyone might’ve guessed LSU’s regional-opening battery would consist of Landon Marceaux and Saul Garza.

On April 23, Marceaux sported a season-high 8.41 ERA, and Garza was hitting a season-low .188. Thoughts of starting a postseason game under the lights of Alex Box Stadium seemed a distant dream.

It’s not so distant anymore.

Torrid finishes to the regular season on the mound and at the plate have both ready to take the field Friday night, when LSU takes on Stony Brook in Game Two of the Baton Rouge Regional.

Since overcoming a shoulder injury and a sluggish start, Marceaux has been LSU’s best pitcher to close the season, posting a 2.40 ERA in his last 30 innings and a 1.45 ERA in his last three starts, all Tiger wins.

“It’s high,” Marceaux says of his confidence at the moment. “I feel like my old self. I feel like I can get anybody out with any pitch at any time.”

The freshman, who did not give up a run the entire fall during intrasquad scrimmages, pinpointed his slow start to two factors: trying to pitch a little too perfectly, and not trusting his arm through a sore shoulder.

The pursuit of perfection was the problem early, particularly when he gave up six runs and walked four in 1.1 innings at Texas. Marceaux said he was trying to nibble at corners and make great pitches when good pitches were required.

Then the pain took over. After giving up two runs in two innings against Nicholls on March 20, Marceaux missed nearly three weeks with a sore shoulder before returning against Southern on April 9. He gave up five more runs in 1.2 innings, still struggling through the shoulder soreness and shutting it down for two weeks.

During that stretch, Marceaux let his shoulder rest, and his mind reset. When he threw a Friday bullpen before a Tuesday start against Lamar, he felt it all come together, body and mind.

“The bullpen before, probably Friday, I had a pretty good bullpen,” he said. “I felt great physically, and that led to a little confidence.”

Three innings of scoreless ball later, Marceaux was back, and he hasn’t looked back since.

“After the Lamar game, I kept it rolling,” he says.

He’s used a new approach to fuel his play of late. He’s loose. He’s flexible. He’s less worried about being perfect, and so he’s less worried, in general.

It’s an approach that’s working, says Garza, who has enjoyed the best view of Marceaux’s mastery the last month.

“Landon, he looks right now the way he looked in the fall,” Garza says. “He was dominant for us in the fall and early spring. Right now, his last few outings, they’ve been Landon Marceaux. That’s who he is.”

“There was a game where I hit a few balls hard, and they didn’t drop,” Garza says. “At that point, I was like, ‘Look, I’ve just got to worry about hitting balls hard and not worry about if they fall for hits, and do what I can control.’ From that point forward, things have been better.”

“Me and him were both struggling a little bit,” Marceaux says of Garza. “Getting through it together and knowing my teammates had my back, that was the biggest thing for me.”

“We wanted to stick behind each other,” Garza adds. “We lost a little bit of self-confidence in ourselves, but he was there for me, and I was there for him. We just tried to realize we’re here because we can be a part of the team and play a role to win.”

On Friday, their roles are clear, even if they seemed unlikely just a few weeks ago. Garza’s bat will be big all weekend, especially if he swings the way he’s swung the last month.

Marceaux will likely only get one shot, but it’s a huge one. He knows expectations are bigger than ever.

Just don’t expect him to change his approach.

“Just keep doing what I’m doing,” Marceaux said. “Go up there with confidence. Fill up the strike zone. I know I got my defense behind me to work for me. I’m not going to try to go out there and punch everybody out. Just go out there and be Landon.”