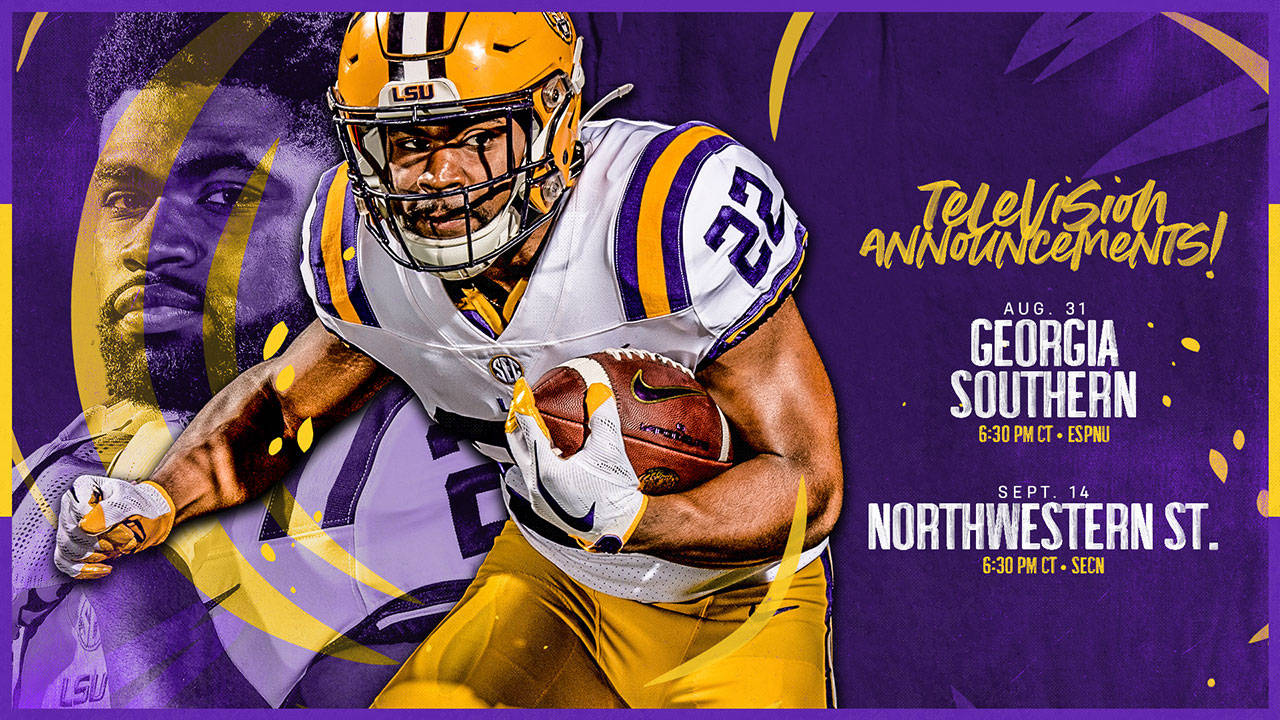 DESTIN, Fla. – LSU Football’s season-opener against Georgia Southern on August 31 in Tiger Stadium will be televised on ESPNU and will carry at 6:30 p.m. CT start time, the Southeastern Conference and ESPN announced on Thursday.

The league office and ESPN also announced on Thursday that LSU’s game against Northwestern State on September 14 in Tiger Stadium will kickoff at 6:30 p.m. and will be televised on the SEC Network.

LSU and Georgia Southern will meet for the first time in football, while the Tigers and Demons haven’t played since the 2011 season when LSU posted a 49-3 victory in Tiger Stadium. LSU leads the overall series with Northwestern State, 11-0.

It was previously announced that LSU’s game against Texas in Austin on September 7 will start at 6:30 p.m. and will be televised on ABC as part of the network’s Saturday Night Football package.

Kickoff times and television plans for the remainder of LSU’s 2019 schedule will be announced as the season progresses, typically 6-12 days prior to kickoff.

LSU goes into its third full season under head coach Ed Orgeron coming off a 10-3 mark in 2018. The Tigers capped the year with a 40-32 win over UCF in the Fiesta Bowl and finished the season ranked No. 6 in the nation.