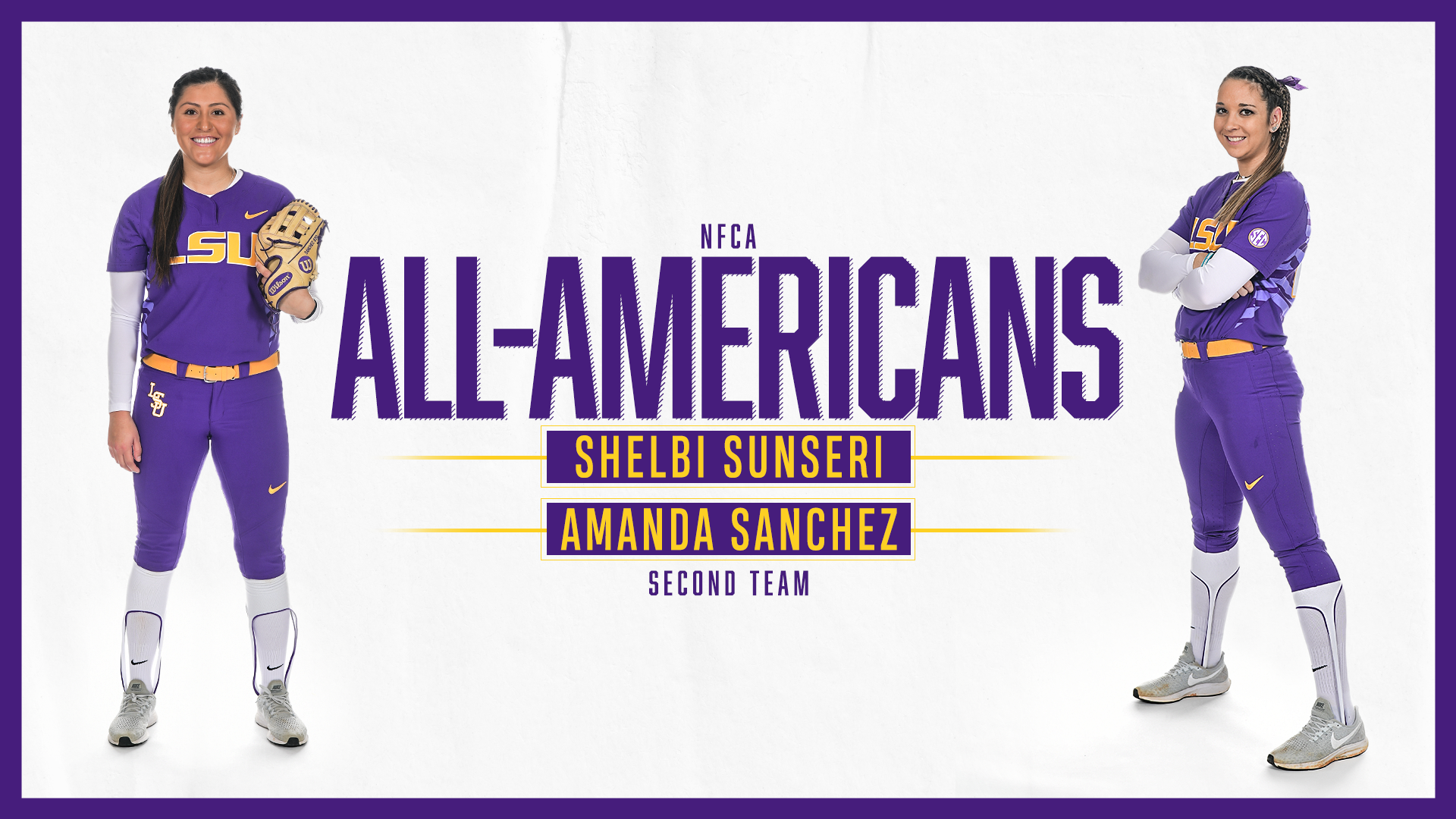 Sunseri, named to the second team as Utility/Pitcher, finished the season with a .340 batting average. She tallied 54 hits, including 14 doubles and 17 home runs, one shy of tying the single-season home run record. She scored 30 times on the year and recorded at team-high 60 RBI. She finished with a .748 slugging percentage and a .468 on-base percentage.

In the circle, Sunseri made her mark as well, finishing with a 2.34 ERA and a 13-10 record. She put together five shutouts and earned five saves, tying the single-season save record. In 137.2 innings, she record a team-high 86 strikeouts and held her opponents to a .218 average.

Sunseri started off the year with a 30-game on-base streak. She hit a home run in three-straight games (Bucknell, Oklahoma State, Oregon). Of her five shutouts, three came against Top 75 teams. She picked up four RBI on two occasions, both coming against Top 75 opponents in Tulsa and Georgia. She hit four home runs in her first weekend as a sophomore.

Sanchez, a transfer from Missouri, was named to second team as a third baseman. She finished the year with a .354 average, hitting over .500 for more than half the season. Sanchez tallied 35 runs scored, 47 hits, a team-leading 16 doubles, nine home runs and 54 RBI. She finished with a .627 slugging percentage and a team-best .529 on-base percentage.

Sanchez had one of her best weekends of the season against South Carolina, recording a .714 batting average with three home runs and eight RBI. She had the walk-off double to help the Tigers to a series win over Florida, the first series win over the Gators in Baton Rouge since 2007.

The 2019 came to an end last weekend in the Minneapolis Super Regional. The Tigers fell to the Gophers Friday, 5-3, and then Saturday, 3-0. The Tigers finish the year with a 43-19 record.