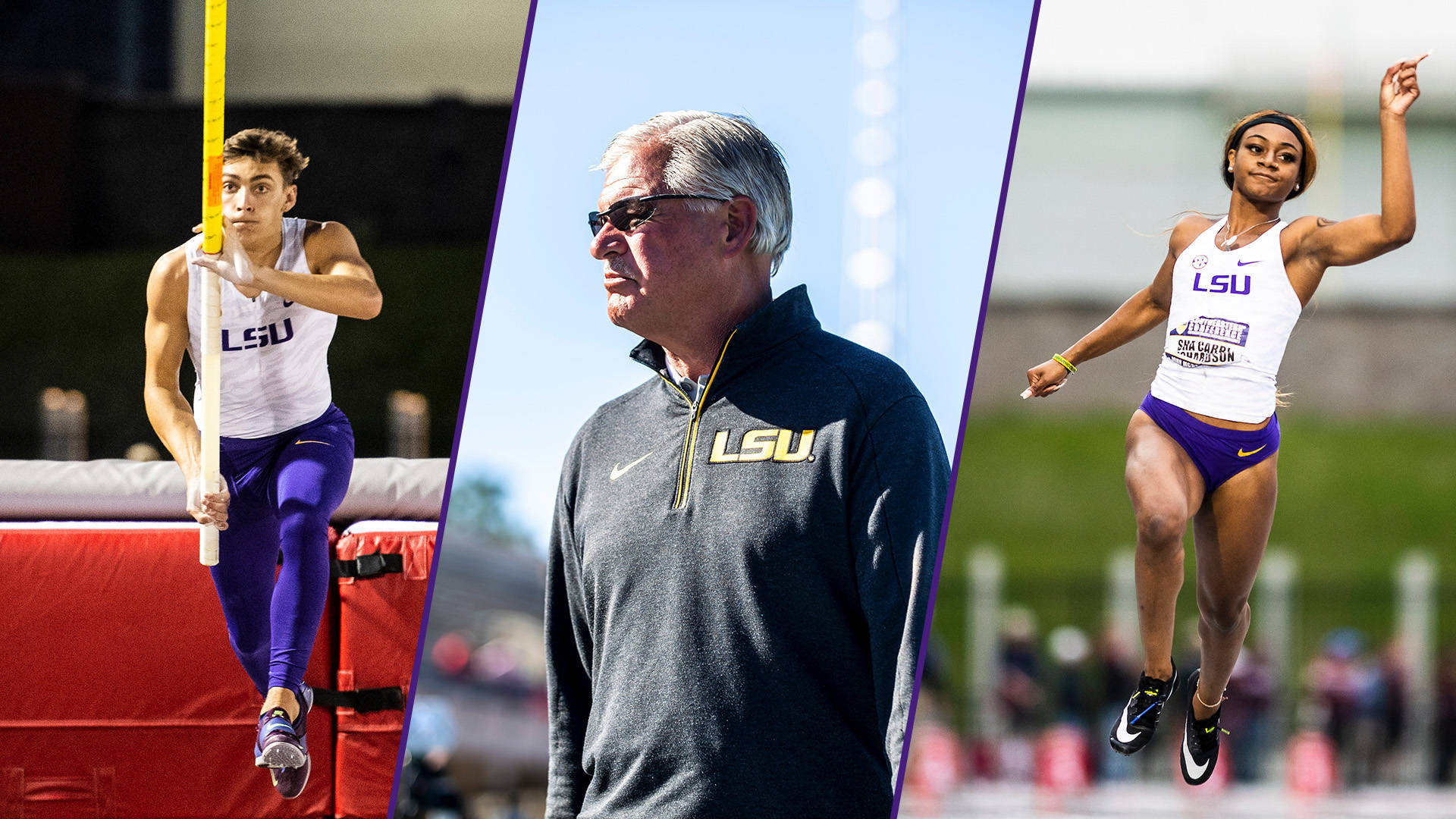 Duplantis swept the men’s field awards after winning he became the greatest collegiate pole vaulter in outdoor history with his clearance of 19′ 8.25” (6.00 meters) at the SEC Championships. On a cool and chilly night in Fayetteville, Ark., Duplantis cleared the aforementioned 19′ 8.25” bar en route to win the SEC title, become the collegiate record holder, and fuel LSU’s first SEC men’s outdoor title since 1990. Duplantis has competed four times outdoors for LSU this season and two of those performances resulted in two of the three best performances in NCAA history in the pole vault. At LSU’s 2019 home finale, the LSU Invitational (April 27), Mondo went up a cleared a sizzling 19′ 5.75” (5.94 meters) bar to make him the No. 2 all-time in NCAA history, and two weeks later he went on to set the collegiate record. His season best clearance of 19′ 8.25” is a 2019 world lead at the moment. With these two awards Mondo becomes the first field athlete in SEC history to sweep both the indoor and outdoor SEC Men’s Field Athlete of the Year and SEC Men’s Freshman Field Athlete of the Year awards during a freshman campaign. Mondo is first LSU athlete to win SEC outdoor field athlete of the year honors since Damar Forbes in 2013, and the first freshman field athlete of the year outdoors in school history since it was began being awarded in 2004.

Richardson has continued to excel during her freshman season in Baton Rouge. Richardson became the first woman in SEC history to sweep the 100 meters (11.00), 200 meters (22.57), and 4×100 meter relay (42.93) during her freshman season at the SEC Championships in mid-May. Most recently, she just ran a wind-legal personal best of 10.99 seconds in the 100 meters at the NCAA East Prelims on Saturday to make her tied for the fastest freshman in NCAA history alongside Twanisha Terry of USC who ran a 10.99 during her freshman season in 2018. The time of 10.99 in the 100 meter dash is the fourth-fastest wind-legal 100 meter dash time in U20 world history, and the second fastest by an American U20 woman in history. It’s also a 2019 U20 world lead, a 2019 world overall No. 2, and the sixth fastest in LSU history. Richardson also ran a wind-aided 10.91 in the 100 meters in late March at the Texas Relays that wowed the crowd in Austin, Texas, where the NCAA Championships will be contested next week; the 10.91 that was aided by a 4.3 meters per second tailwind was the third-fastest all-conditions time every run by an athlete in world U20 history. Richardson is scheduled to compete in the 100 meters, 200 meters, and 4×100 meter relay at the NCAA Championships next week. Richardson is the fourth LSU woman to win freshman runner of the year honors since it began being awarded in 2004. Muna Lee was the overall women’s freshman of the year in 2001.

For Shaver, it’s his eighth SEC Coach of the Year honor in his career. His previous seven coach of the year accolades had come on the women’s side and this marks the first time he has earned the award on the men’s side. He led the LSU men to their first SEC outdoor title since 1990 when they scored 105 points in Fayetteville to claim the trophy on May 11. LSU won individual titles in the triple jump, pole vault, and high jump at the SEC meet in addition to winning the 4×100 meter relay for the fourth-straight year. Shaver has the men ranked No. 3 headed into next week’s NCAA Championships that will take place in Austin, Texas, June 5-8.