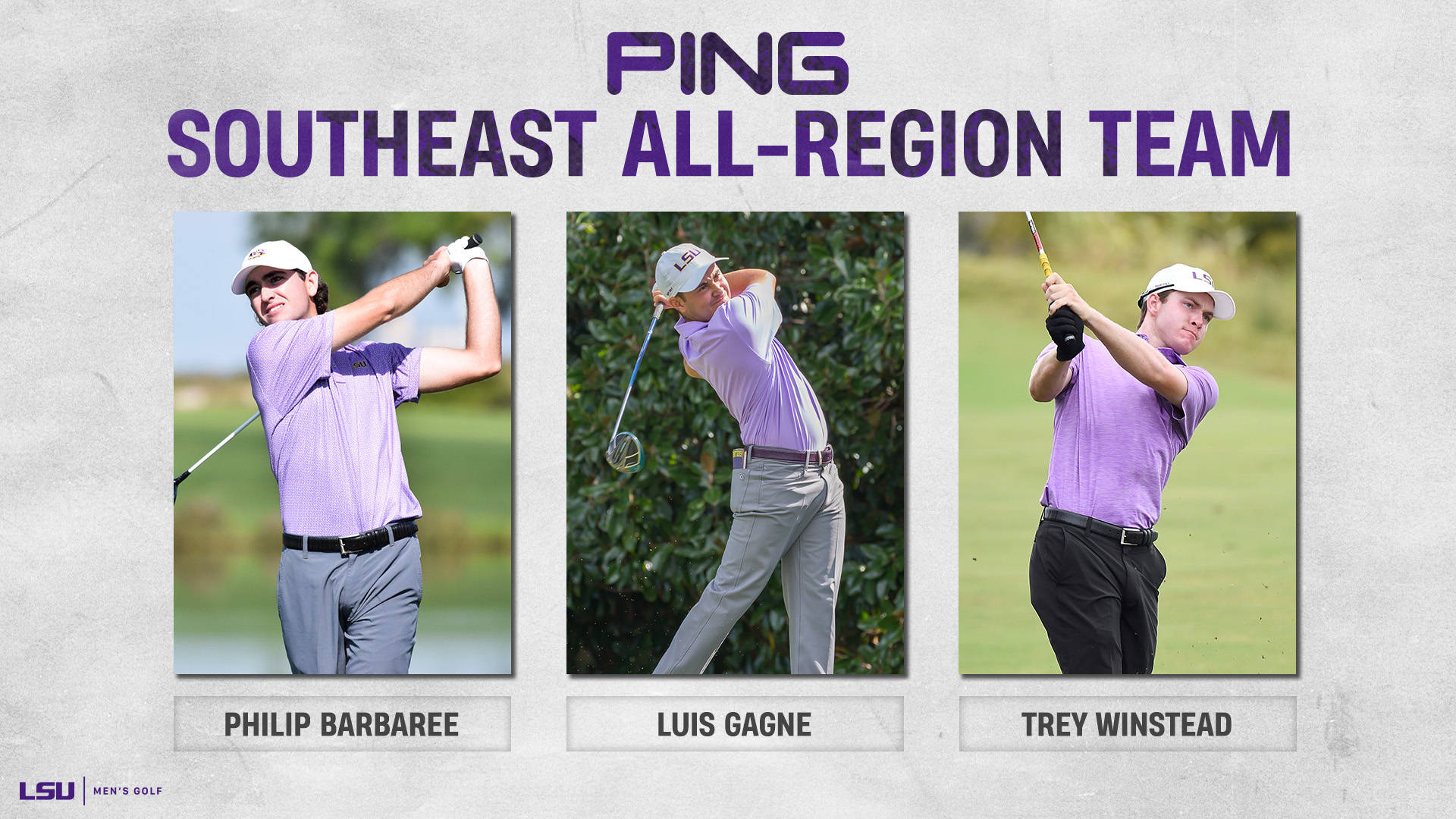 For Gagne it’s his fourth-career all-region bid, while it is No. 2 for Barbaree and No. 1 for Winstead. Barbaree played in a team-leading 11 tournaments this season while Gagne and Winstead both played 10 apiece. Barbaree (71.48 avg.), Gagne (71.5 avg.), and Winstead (72.4 avg.) owned the three lowest scoring averages on the team for the Tigers this season.

Barbaree had 30 of his 33 scores throughout the season count towards LSU’s team scores in those 33 rounds. The junior from Shreveport had a team-high three top-five finishes this season. He placed fifth at the David Toms Intercollegiate in the fall with a 3-under 213, tied for third at ‘The Prestige’ (5-under 208), and claimed a tie for fourth at the Shoal Creek Invitational with a tally of 2-under 214. Barbaree was LSU’s top finisher this past weekend at the NCAA Championship with a tie for 43rd after three rounds of play. His team-leading 71.48 strokes per round this season was the sixth-lowest average for a single season in LSU history, and his career average of 72.34 strokes per round currently ranks No. 5 in school history dating back to 1982.

Gagne will go down as the second best player in program history in regards to his career stroke average of 71.54 only coming in behind Sam Burns (71.13 avg.). Gagne registered four top-10 finishes this season to lead the squad and he closed out his senior campaign with an average of 71.50. Gagne played 2,304 holes with LSU during his four year career with LSU and he made nine eagles and 413 birdies in the meantime. He owns 32 top-20 finishes to rank No. 2 in that category in school history, and his 19 top-10 finishes are tied for the fourth-most at LSU with John Peterson and Brian Bateman.

Winstead had the No. 3 stroke average on the team this season with a 72.40. Winstead played 30 rounds this season and rolled in 92 birdies to go along with one eagle. He was LSU’s only player to earn medalist honors this season when he won the David Toms Intercollegiate with a 7-under 209 to finish one stroke ahead of teammate Chris Woollam. Winstead’s career is 67 rounds strong and he owns a 72.22 career average on the links for the Purple and Gold to rank No. 4 in the career-stroke average category.