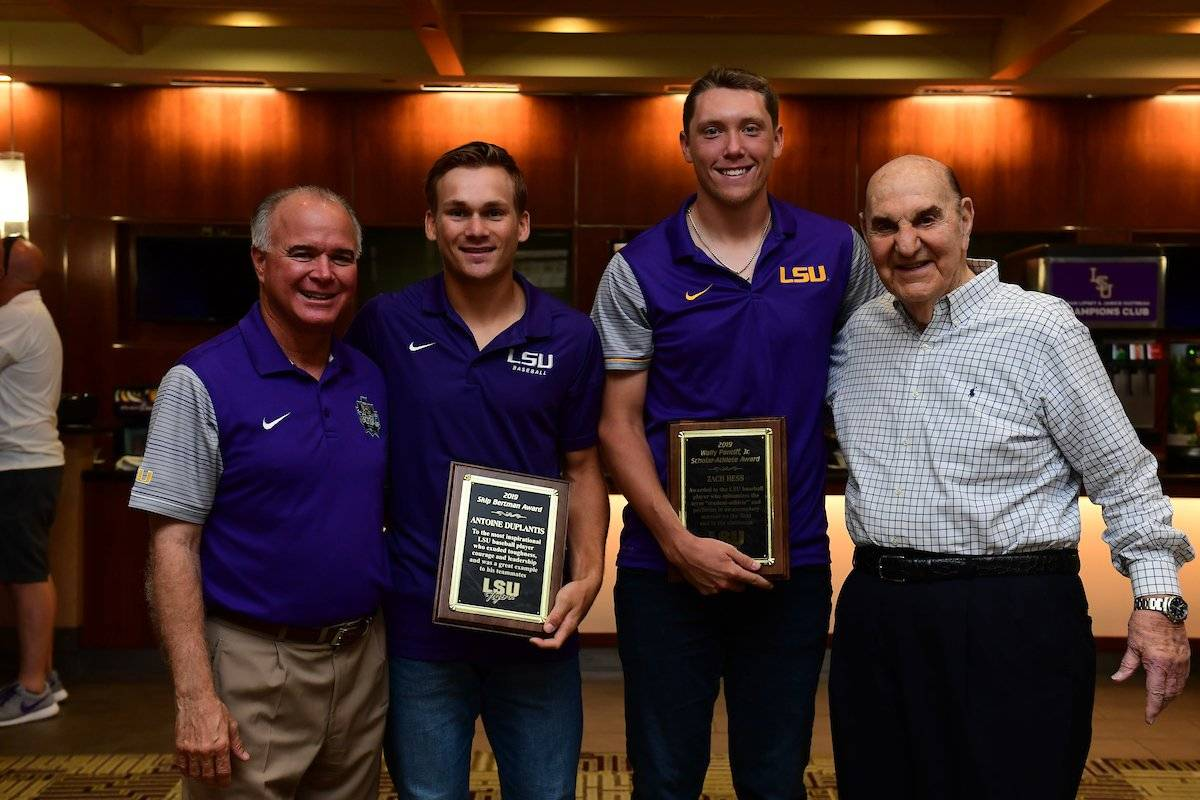 The team met to watch the NCAA Tournament bracket announcement on ESPNU.

“We’ve established a tradition here to honor two players each season who have distinguished themselves in all facets of our program,” Mainieri said. “I’m very fortunate to have had the honor to coach two outstanding young men like Antoine and Zack, who have been instrumental to our team’s success.

The awards were presented to the players by former LSU coach Skip Bertman, who directed the Tigers from 1984-2001 to five national championships and 11 College World Series appearances.

Just before the tournament field was revealed, Hess received the Wally Pontiff Jr. Scholar-Athlete Award. Pontiff was an all-SEC third baseman at LSU who played for the Tigers from 2000-02 and died tragically in 2002 due to a heart abnormality.

Hess, a product of Forest, Va., is a two-member of the SEC Academic Honor Roll who is majoring in interdisciplinary studies. He has 17 wins, six saves and 268 strikeouts in 220.1 innings during his career at LSU.

Duplantis was then presented the Skip Bertman Award, which goes to the player who best exemplifies the spirit of the LSU Baseball program.

Duplantis, a native of Lafayette, La., has 349 career hits, the third-highest total in Southeastern Conference history. He earned his LSU degree earlier this month in sport administration, and he is a two-time member of the SEC Academic Honor Roll.