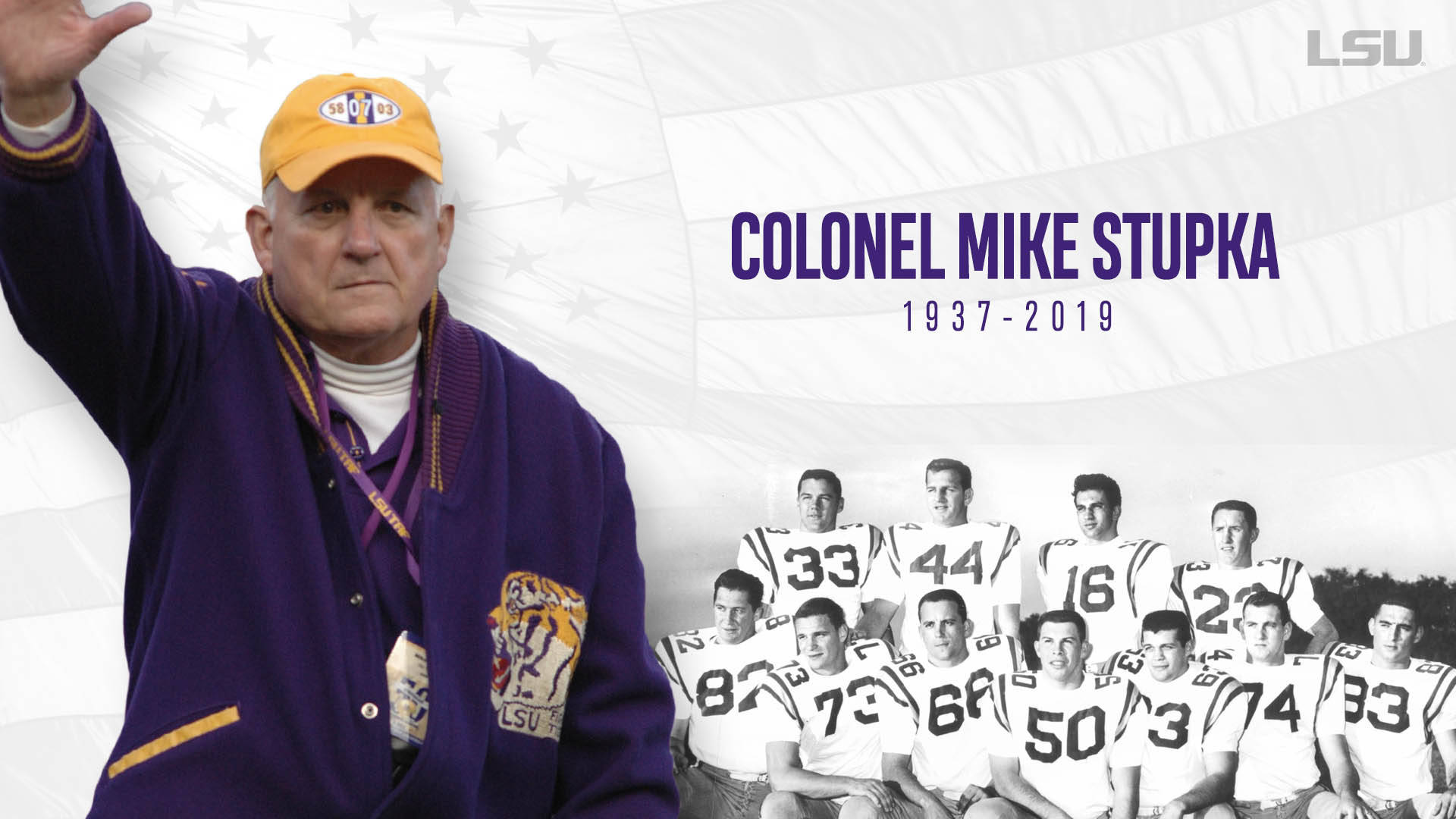 BATON ROUGE – Highly decorated Retired Colonel Michael B. Stupka, a member of the 1958 LSU National Championship football team, passed away on Sunday at the age of 81 in his hometown of Bogalusa, Louisiana.

Stupka, a member of the Go Team for Coach Paul Dietzel, graduated from LSU in 1960 with a bachelor’s degree in industrial technology and earned his commission in the United States Army through LSU ROTC that same year.

He was a junior on the 1958 team, playing at right guard for the Tigers. His father, Frank, also played tackle for the Tigers and lettered in 1934-35.

He was Chief, Supreme Headquarters Allied Powers Europe, LNO, Conus Exec to SACEUR/USCINCEU, The Pentagon from 1988-1990, when he retired from active duty.

He earned a Master’s Degree from Indiana University in 1968. He also completed studies at the U.S. Army War College, Command and General Staff College, and the Defense Language Institute (Vietnamese). An Honor Graduate Airborne Class 32, COL Stupka was on the Commandant’s List, Command and General Staff College and a Senior Fellow, Domestic and International Relations, Foreign Service Institute, U.S Department of State in 1987-1988.

In 2004 he received the Bill Wade Unsung Hero Award from the All-American Football Foundation.

Colonel Stupka served as military analyst for AP Radio News Network for Desert Shield, Desert Storm, and the first Iraq War. He was a member of the U.S. Army War College, and Indiana University Alumni Associations, Tiger Athletic Foundation, Cadets of the Ole War Skule, and the ‘L’ Club, where he served on its Board of Directors from 1995-2000.

He is survived by his wife of 61 years, Bonnie, his two daughters, Michele and Mary Beth. A funeral service will be held on Tuesday at the Poole-Ritchie Funeral Home in Bogalusa. Visitation will be from 9-11 a.m. following with a service and procession to the burial site.