by Aaron Hyder
Final Standings - Round 3 +0 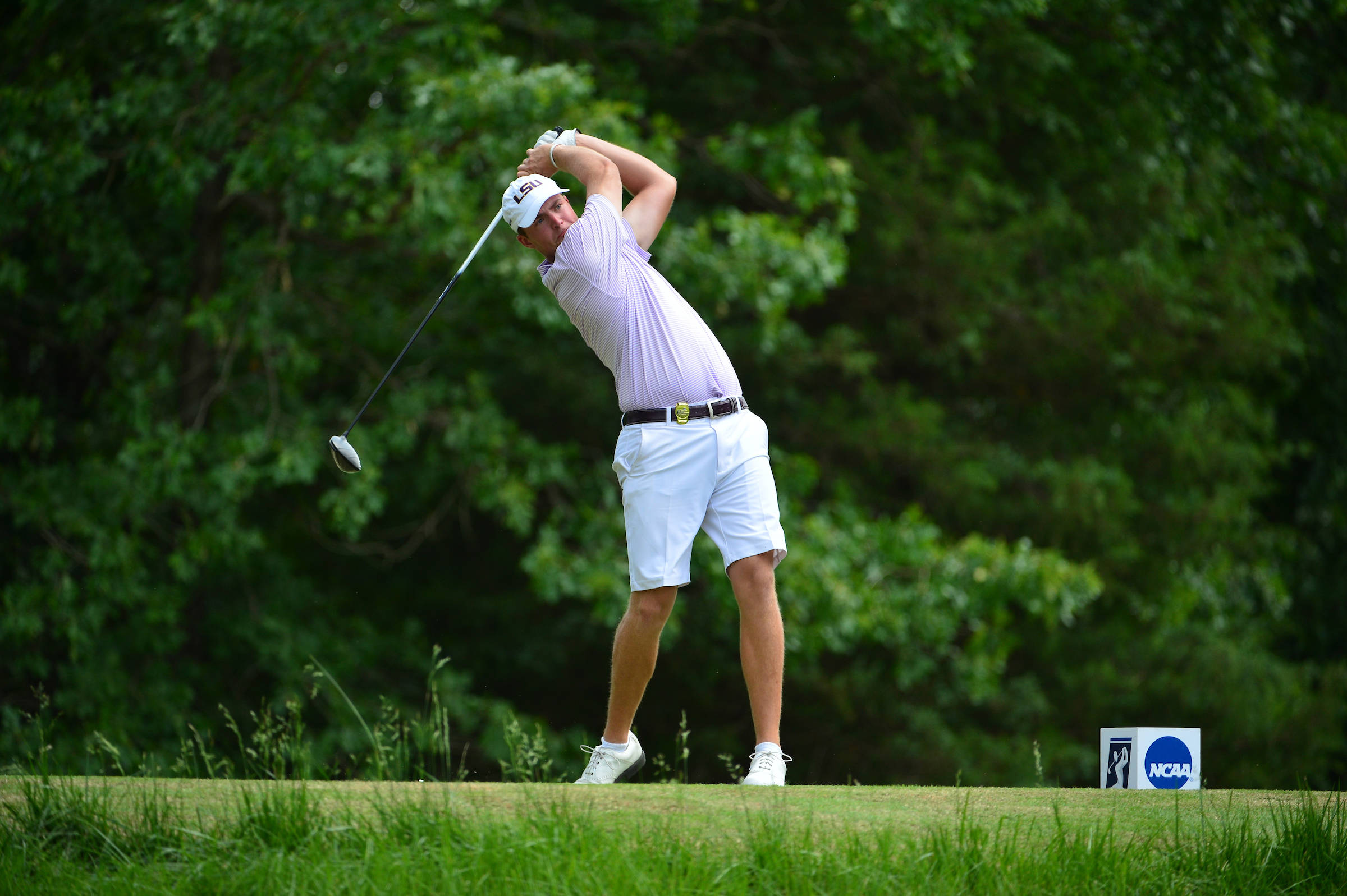 Fayetteville, Ark. – The LSU men’s golf team fired its best round of the NCAA Championship on Sunday with a 9-over 297 at the Blessings Golf Club, but the Tigers were unable to make up the ground needed to advance to the fourth round of stroke play on Monday.

The top 15 teams advanced to stroke play on Monday and LSU finished in tie for 22nd with a three-day total of 43-over 907. The Tigers made a push for the 15th position on the final day of stroke play and pulled to within three strokes of USC with about five holes remaining, but could never fully overcome the deficit.

Michael Sanders led the way during LSU’s final round of the year with a 1-under 71. The freshman from Davidson, N.C., started off the round with three birdies in his first five holes. He moved to 4-under on the round with a birdie on No. 2, his 11th hole of the day, but a late bogey and double bogey moved his round back to a 1-under 71. After three rounds of stroke play, Sanders finished in a tie for 77th at 11-over par.

Philip Barbaree was the next lowest Tiger of the day with a 1-over 73. His round got as high as 3-over par, but two birdies on the back nine lowered his round to a 1-over 73. He tied for 43rd at 7-over after 54 holes. Garrett Barber turned in a 4-over par 76; he was 5-over through five holes but he battled back to lower his round to 1-over par entering the final hole, but a triple on the last, the par 4 ninth, brought his total back to 4-over for the round. Barber, who played the last two rounds of the tournament, finished his two days of play at 9-over par.

Luis Gagne and Trey Winstead turned in 5-over par 77s for the Tigers. For Gagne it was the last of 128 played in the Purple and Gold. He played 9,157 strokes during his four-year career and he ended his senior season with a stroke average of 71.50 strokes per round. Gagne placed 77th after the three days of play with a total of 11-over par and Winstead finished in 119th after 54 holes with a total of 18-over par.