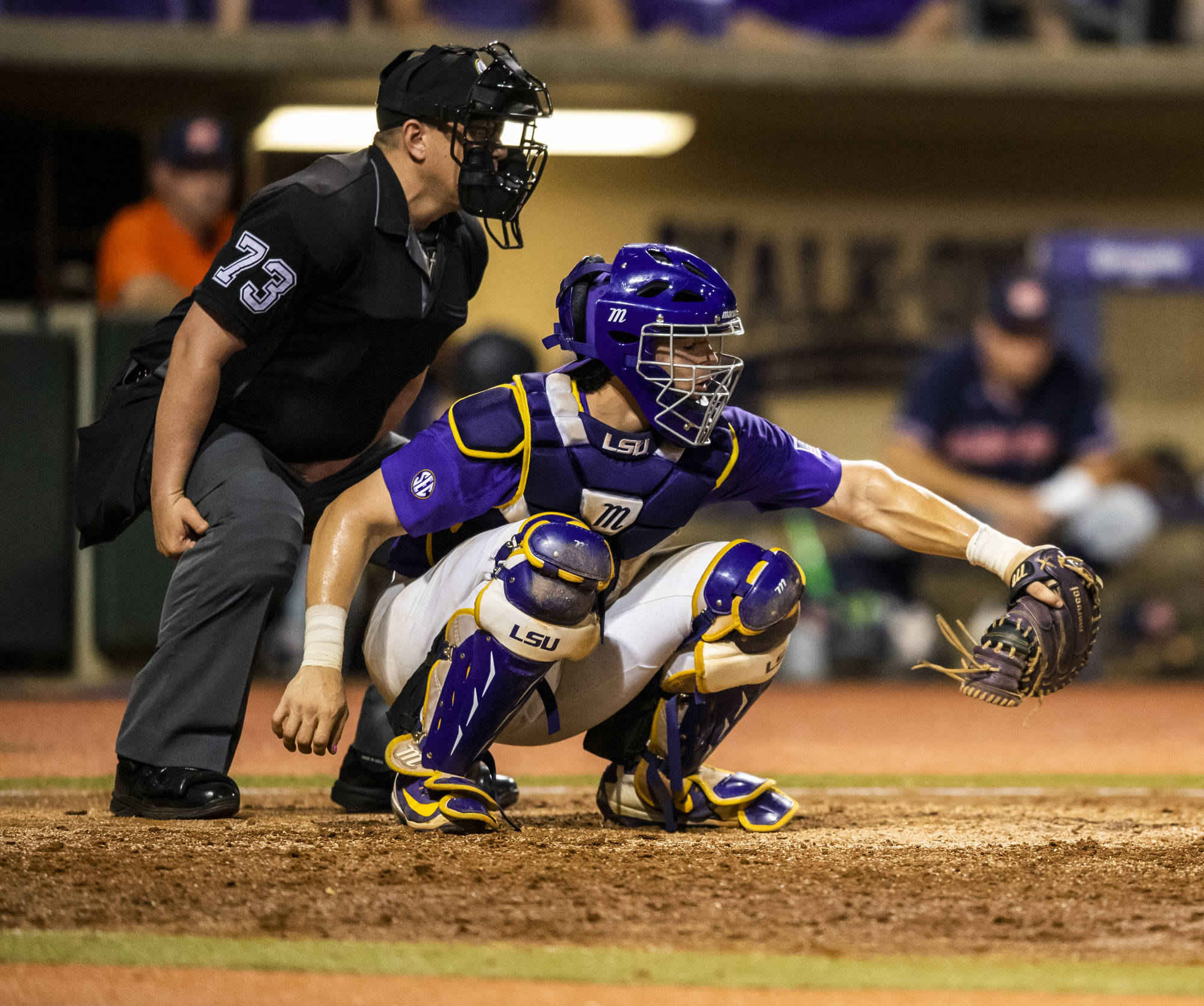 BATON ROUGE, La. – Three LSU players were named Sunday to the SEC All-Tournament team in a vote of the media covering the event in Hoover, Ala.

Shortstop Josh Smith, second baseman Brandt Broussard and catcher Saul Garza each earned all-tournament recognition. The trio helped lead LSU to a third-place finish at the tournament, as the Tigers reached the semifinal round for the seventh straight year.

LSU had the most representatives on the all-tournament squad.

Broussard, a senior from Baton Rouge, batted .462 (6-for-13) in the tournament with one double, one RBI, five runs scored and three stolen bases.

Garza, a sophomore from Edinburg, Texas, hit a team-best .474 (9-for-19) with four doubles, one RBI and two runs scored.