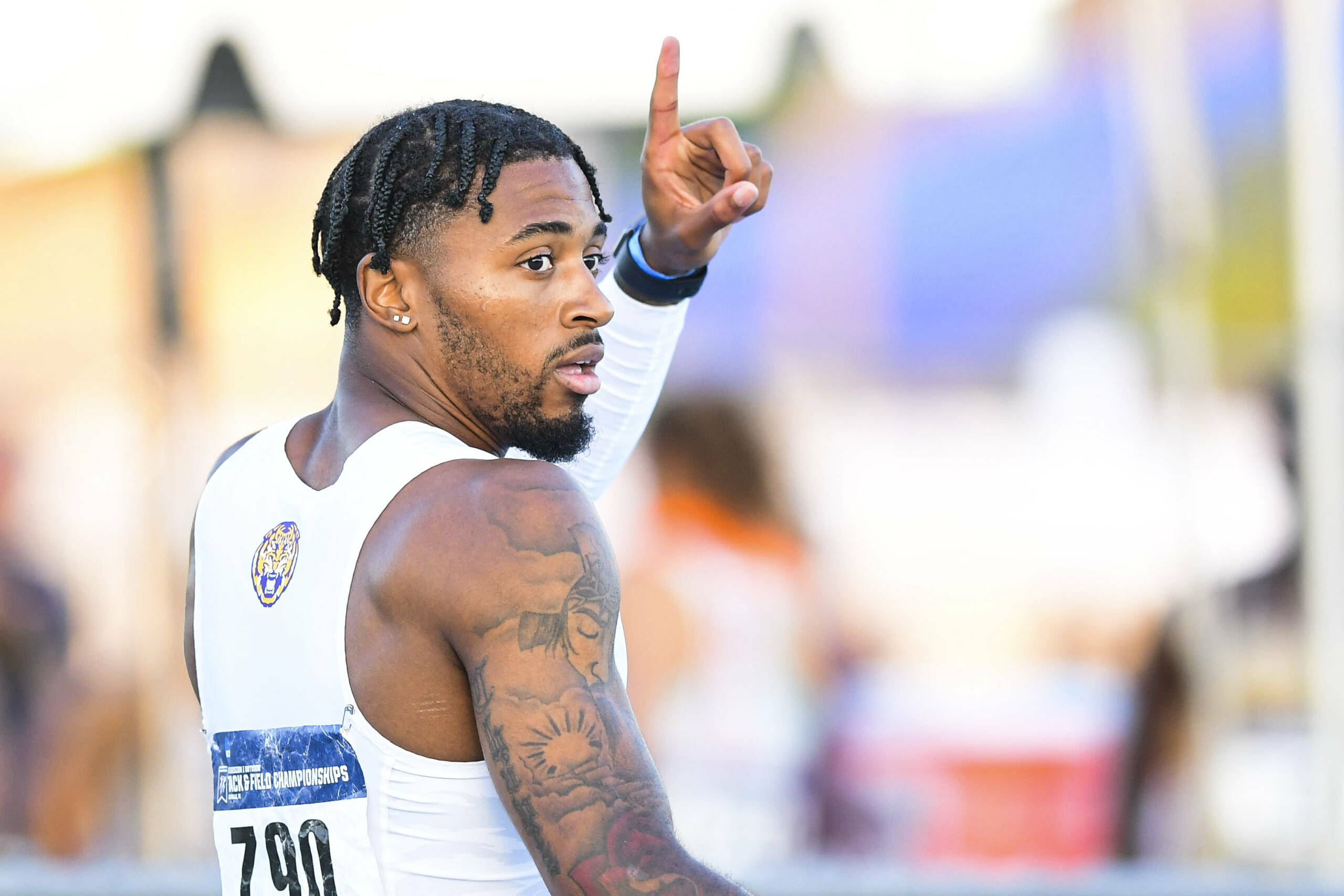 Jacksonville, Fla. – The LSU track and field program had a successful final day of the NCAA East Prelims on Saturday at Hodges Stadium as 10 individuals and three relays secured spots at the 2019 NCAA Outdoor Championships (June 5-8/Austin, Texas).

JuVaughn Harrison was the first Tiger on day one to secure a spot at the NCAA Championships in his event. Harrison, who had already qualified for the long jump at the national meet, was competing in the high jump on Saturday and he cleared four bars without missing to move on to Texas. The final height he had to clear to advance was 7′ 2.25” (2.19 meters). The SEC champ in the high jump, Harrison will have a chance to score big points for the Tigers in two weeks at the NCAA Championships as he will enter the meet ranked as the No. 1 long jumper in the nation and No. 5 high jumper in the nation based off season bests.

LSU went a perfect five for five in the women’s and men’s hurdles on day three. The women’s hurdling trio of Tonea Marshall, Brittley Humphrey and Milan Young started it off. Marshall won her quarterfinal with a time of 12.81 to automatically advance to Texas, Humphrey clocked a seasons best of 13.04 to take second in her heat and earn an autobid, and Young ran the 10th fastest time (13.21) to move on. For Young and Humphrey, it was their second individual event of the week that they qualified for in Austin as the sealed the deal in the 400 meter hurdles on Friday evening. In the men’s hurdles, Arthur Price (13.59) and Damion Thomas (13.78) picked up qualifying spots to the national meet. Price’s 13.59 was a personal best and it ranks as the eighth fastest in school history. Thomas earned a bronze in the 110 meter hurdles a year ago at the NCAA Championships.

Following the hurdles, the Tigers advanced three 200 meter runners to the NCAA Championships. The first to do it was Sha’Carri Richardson a day after running a 10.99 in the 100 meters. The freshman from Dallas, Texas went out and ran a 22.74 to win her quarterfinal race and autoadvance to the NCAA Championships. Jaron Flournoy did the same exact thing with a 20.09 in his quarterfinal to automatically advance. The 20.09 was a personal best by Flournoy and it ranks as the third-fastest time in LSU history, No. 2 in the NCAA this season, and No. 8 in the world in 2019. The third 200 meter dasher to make their way to Texas was Akanni Hislop who used a season best time of 20.48 to keep his individual season alive.

The final field event athlete to advance to nationals was Christian Miller in the triple jump. The SEC champion in the event registered a mark of 51′ 9.75” on his third and final attempt to earn his qualifying position to the national meet.

LSU advanced three out of four relays to the championship site in Texas. The women’s 4×100 meter relay of Tonea Marshall, Kortnei Johnson, Rachel Misher, and Sha’Carri Richardson went 43.29 to advance, and the men’s 4×1 of Dorian Camel, Akanni Hislop, Correion Mosby and Jaron Flournoy moved on with a 39.04. The women’s 4×4 of Rachel Misher, Milan Young, Jurnee Woodward, and Brittley Humphrey ran a season best of 3:33.84 to earn the 12th and final qualifying spot from the East Prelims. The men’s 4×400 meter relay caught a tough break as the anchor leg, Tyler Terry, caught a cramp about 100 meters into his leg and was unable to finish the race; at the time he caught the cramp, Terry was in second place in the race.

LSU will travel to Austin, Texas for the 2019 NCAA Outdoor Championships that will be contested at Mike A. Myers Stadium June 5-8.