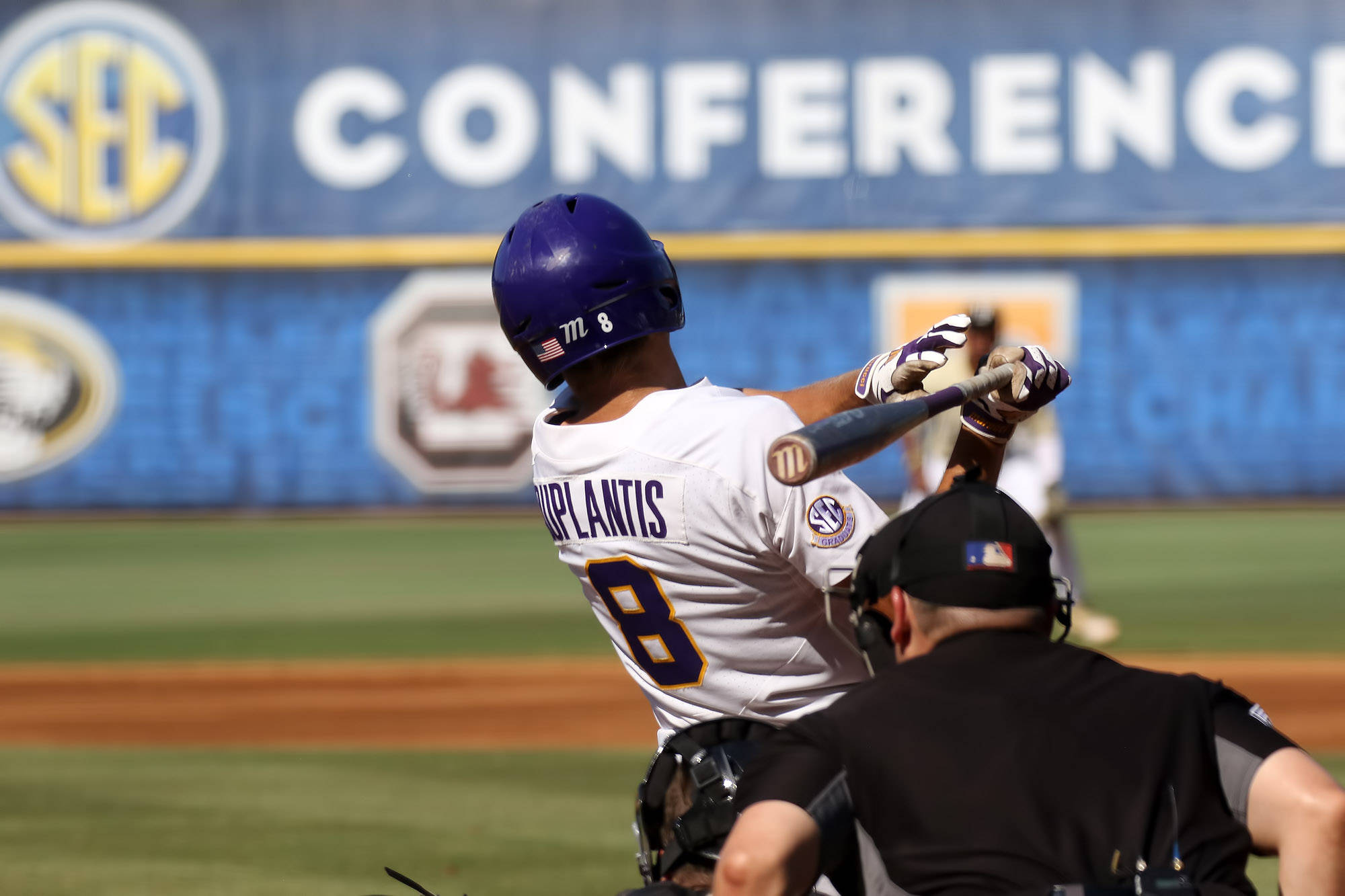 HOOVER, Ala. – Vanderbilt freshman right-hander Kumar Rocker limited LSU to one run in five innings Saturday, and the Commodores belted three home runs to post a 13-4 win over LSU in the semifinal round of the SEC Tournament at Hoover Metropolitan Stadium.

Top-seeded Vanderbilt (48-10) advanced to face Ole Miss in the tournament championship game at 2 p.m. CT Sunday. LSU (37-24) will return on Sunday to Baton Rouge, where the Tigers hope to host an NCAA Regional beginning on Friday. The NCAA will announce the 16 baseball regional sites at 7:30 p.m. CT Sunday.

The entire 64-team NCAA Tournament field will be revealed at 11 a.m. CT Monday on ESPNU.

LSU, which reached the SEC Tournament semifinal round for the seventh straight year, posted three wins in Hoover over South Carolina, Auburn and Mississippi State.

“It is always disappointing when you get eliminated from a tournament, so you can’t be really happy right now,” said LSU coach Paul Mainieri. “Like I told the kids, we are not going to let this one day take away from what we did this week. There were three pretty remarkable days in a row. We lost a 17-inning game so I include that in there because we fought so hard for so long.

“To come back and have to play the next day on such short rest just took some unbelievable fortitude from our players. Then yesterday, we played so great against a great team with a big score. We did yesterday to Mississippi State what Vanderbilt did to us today.”

“We’re definitely glad we got those three wins here in the tournament,” Duplantis said. “I think looking at those wins and how hard we fought throughout this week, I think that just sets us up for positive momentum into the postseason.”

The Commodores struck for three runs in the top of the second inning against Fontenot. Designated hitter Ty Duvall delivered an RBI single with two runners on, and a second run score when LSU leftfielder Daniel Cabrera‘s throw rolled into the Vandy dugout.

The Commodores extended the lead to 5-0 in the third as rightfielder JJ Bleday launched a solo homer – his 26th of the year — and Ray drew a bases-loaded walk for his second RBI of the afternoon.

A two-run homer by shortstop Ethan Paul – his ninth dinger of the year – in the third inning increased the Commordores’ advantage to 7-0.

LSU got on the scoreboard in the fifth inning when third baseman Chris Reid singled and later scored on an RBI groundout by second baseman Hal Hughes.

Vanderbilt, however, erupted for six runs in the sixth inning with Duvall’s three-run homer highlighting the uprising.