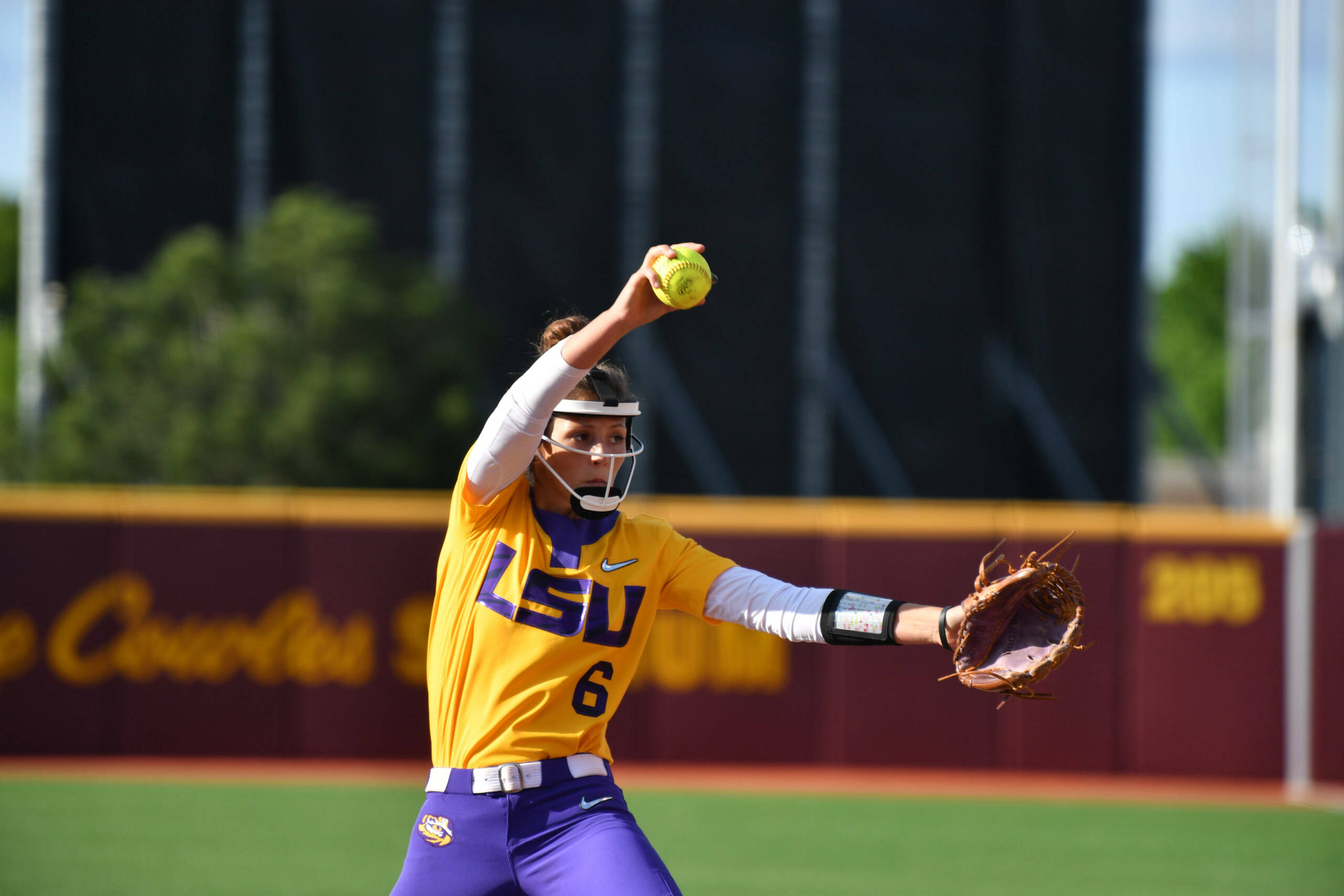 MINNEAPOLIS, Minn. – The 10th-ranked LSU softball team fell to No. 12 Minnesota, 3-0 in game two of the Super Regional in Minneapolis.

The Tigers ended their season with a record of 43-19 on the year. With the win, Minnesota advanced to the Women’s College World Series for the first time in school history and improved to 46-12.

The Tigers had chances to score in both the second and third innings. In the second, Shemiah Sanchez singled to left field and Savannah Stewart reached on a fielding error at third base. Elyse Thornhill and Shelbi Sunseri both walked in the bottom of the third, but in both innings all runners were left on base.

After four scoreless innings, the Gophers scored first in the top of the fifth off of a home run to left field to take a 1-0 lead.

In the bottom of the fifth, Taryn Antoine singled to right field and Amanda Sanchez reached on a walk, but the inning ended with a foul out to the catcher by Sunseri.

Minnesota scored two more runs in the top of the seventh to take a 3-0 lead on the Tigers. Sunseri came in to pitch for LSU with two outs, and struck out the batter to end the inning. LSU fought in the bottom of the inning, but fell short and Minnesota claimed the 3-0 win.

Maribeth Gorsuch was charged with the loss and ended the season with a record of 13-4. She allowed only three runs on seven hits, and finished with five strikeouts in the 6.2 innings pitched.

“Congratulations to Minnesota. They played a great game, a great series. Their pitcher, Amber Fiser, is one of the best out there. I am really proud of what we have in this program. I know it didn’t go how we wanted it to go, but I think there’s a bigger picture. We have six seniors who have multiple College World Series appearances, which is awesome. The standards that we set for this program is something that I am really proud of. Even more than that, I am proud of the people that we are producing from this program. I am so proud of these six seniors. They are smart, they are funny, they are enjoyable and they serve the community. They are leaving Baton Rouge better than how they found it. We have a thing where we try to be Tigers for life and I know they these girls will represent us at the highest level. I’m proud to coach this team and I’m proud to be the head coach of this program. I know that LSU will continue to be on this stage for many years to come with the types of players we have in this program.”

On adjustments made against Minnesota’s pitcher Amber Fiser…

“She was better on day two than day one, which is unusual. Usually you’re able to get to them a little bit more on day two, but we got to her on day one. I thought she was sharper today. She was on a mission and she’s talented. You’re going to have to get a couple of breaks and we couldn’t get one. We didn’t create one, but we also couldn’t get one.”

“I thought she did a great job, excellent job. She stepped up her performance for us. She has done that in some huge spots this year. I don’t think it was a complete year the way she wanted it to be, but she never wavered and put up a huge performance today just like last weekend.”