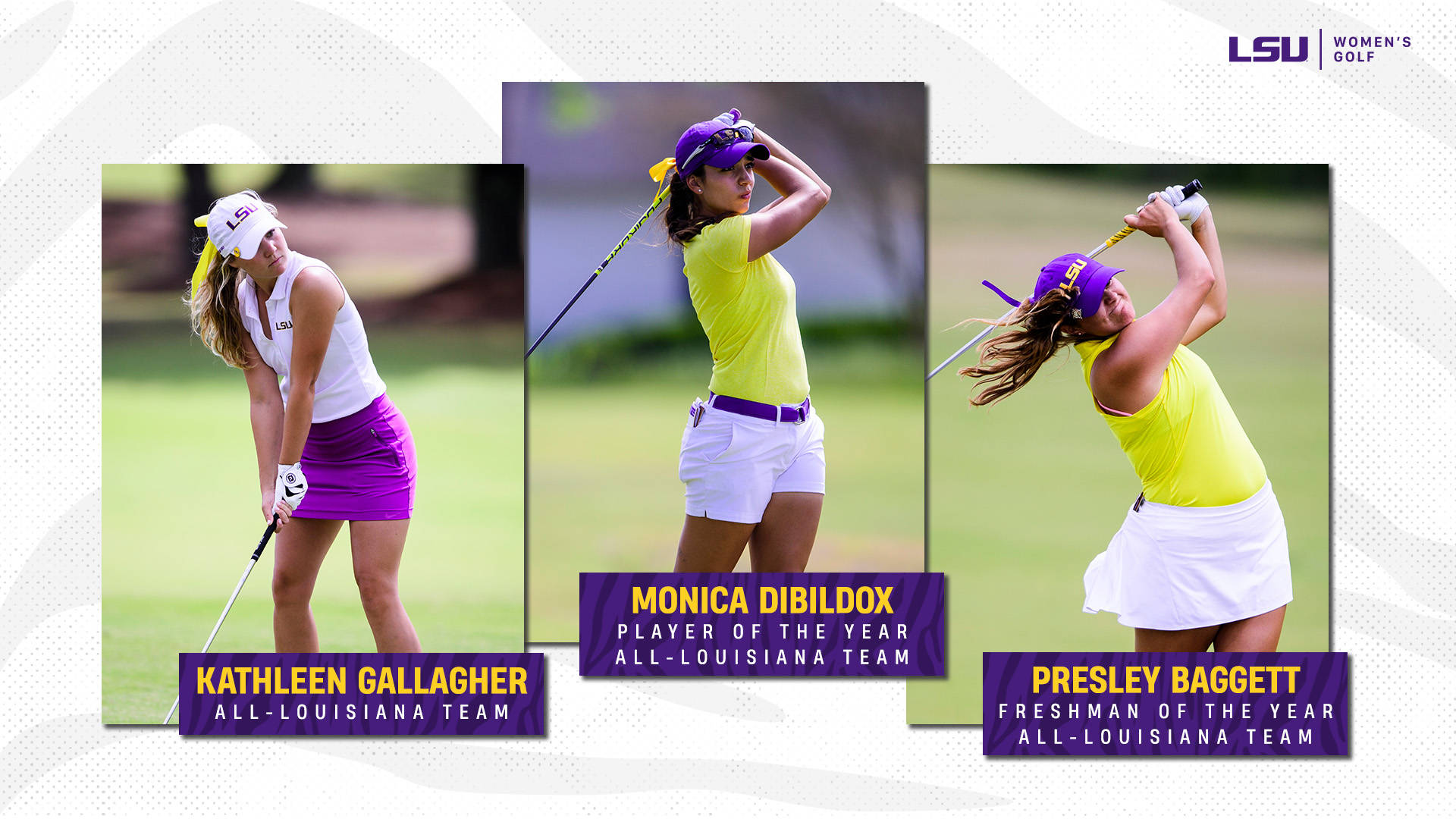 Dibildox was the top collegiate golfer in the state with a 74.48 stroke average over 29 rounds in the 2018-19 season. During the year, the native of Saltillo, Mexico, finished three tournaments at par or under – the Mason Rudolph Women’s Championship, the Magnolia Invitational and the Clemson Invitational and shot six rounds of par or under. She finished as the first or second scorer for the Tigers in eight of LSU’s 11 tournaments this season. Dibildox shot a career low 2-under in two rounds and 1-under twice including the second round of the NCAA East Lansing Regional.

Baggett was the top collegiate freshman golfer with a 75.70 average in 27 rounds for LSU this season. The rookie from Canton, Mississippi, earned the first top-10 finish of her career at the LSU Tiger Golf Classic with a tie for sixth place. Her career low of 2-under was shot in the second round of the SEC Championship.

Gallagher finished out her collegiate career with a 75.28 average while representing LSU in all 29 rounds of competition in 2018-19. The senior from Greenwood, Mississippi, finished two tournaments at par or under, including a tie for eighth place at the Clemson Invitational with a 4-under two-round score. She also tied her career low with a 4-under in the first round at the Magnolia Invitational. Gallagher made her second career appearance in the NCAA Tournament in early May to wrap up her career at LSU.