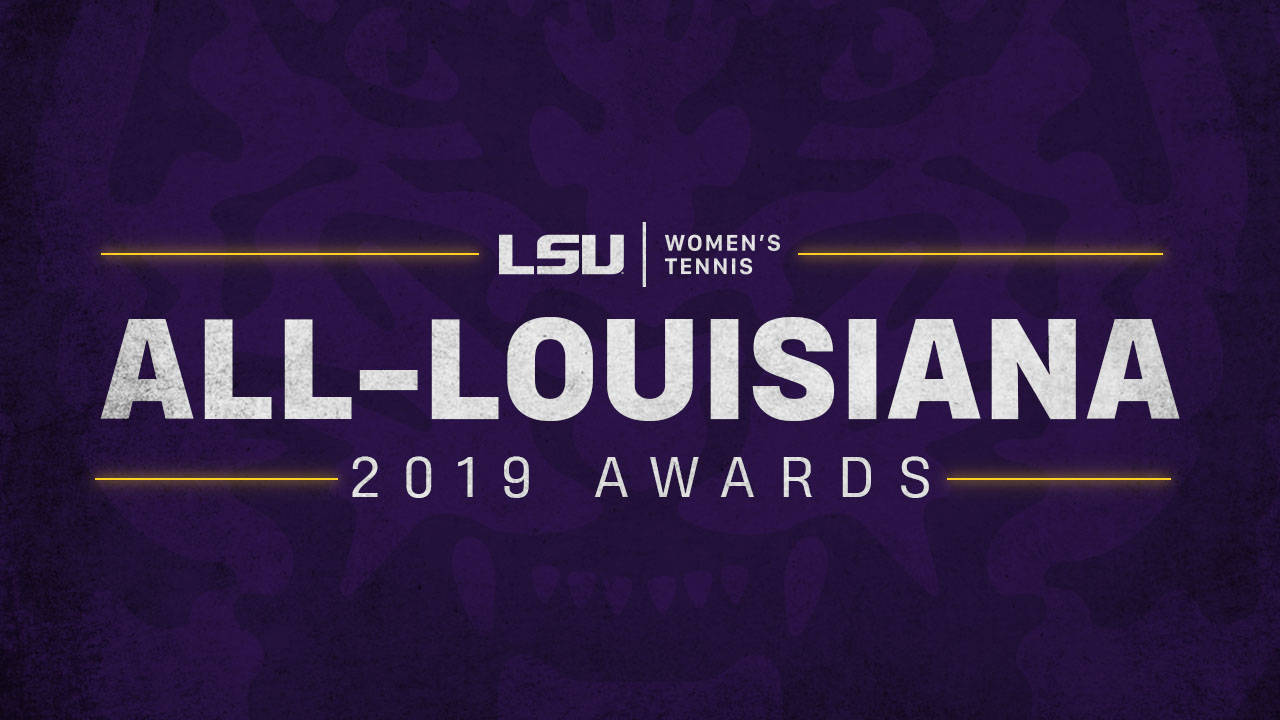 BATON ROUGE – Sophomore Eden Richardson was named the Louisiana Player of the Year for the second consecutive season as the LSU women’s tennis team earned a total of seven All-Louisiana honors from the Louisiana Sports Writers Association following the 2018-19 season.

Richardson earned the Player of the Year award and also a spot on the All-Louisiana First Team after another stellar season that saw the Bath, England native earn 22 singles wins overall in the 2018-19 season, earning honors such as Singles All-American and First Team All-SEC. Richardson’s impressive season saw her defeat fellow All-Americans such as Kate Fahey of Michigan and Fernanda Contreras of Vanderbilt. Richardson’s highlight of the season was when she became the first Tiger to take down an ITA/Oracle No. 1-ranked opponent since 2008, when she defeated Georgia’s Katarina Jokic in Athens on March 8.

Junior Paris Corley earned the title of Newcomer of the Year and a spot on the All-Louisiana First Team after having a tremendous debut season for the Purple and Gold. A transfer from the University of Arizona, Corley began the season playing at the No. 5 spot for the Tigers before moving up to No. 4. The Grants, New Mexico native finished the dual season with 14 wins and the overall season with 22, tied for a team-high. In doubles, Corley individually led the team with 26 wins, partnering with three different Tigers and finding success with each of them.

Co-head coaches Julia and Michael Sell took a share of the Coach of the Year award. The Sells coached the Tigers to a 17-12 overall record in the spring and a sixth-straight berth in the NCAA Tournament, where LSU defeated San Diego in the first round before falling to UCLA in the Round of 32. Under the Sells, the Purple and Gold saw many individual accolades and achievements in the 2018-19 season, such as the highest ITA/Oracle doubles ranking in program history, achieved when the 2018 NCAA Doubles Champions duo of Richardson and senior Jessica Golovin peaked at No. 3. With Richardson earning All-America honors, this is the seventh time a player has received the honor under the Sells, and third consecutive season the LSU women’s tennis team has had an All-American.

Joining Richardson and Corley on the All-Louisiana First Team is senior Jessica Golovin. The New York City native finished her season with 17 overall wins in singles play and a spot in the NCAA Women’s Singles Tournament. Golovin earns a spot on the All-Louisiana First Team for the second consecutive year, and third time in her career. Golovin was a mainstay at the No. 2 spot for the Tigers, earning six wins against nationally-ranked opponents. The senior finished her collegiate career with 70 wins in singles and 56 wins in doubles, as well as forever being a part of the program’s history as the first national title winner in the history of the LSU women’s tennis team.

Sophomore Taylor Bridges earned a spot on the All-Louisiana Second Team. A transfer from North Carolina State, Bridges enjoyed a great debut season with the Tigers, earning 21 wins overall. Bridges’ 16 wins in the dual season was a team-high, earning the majority of them at the No. 3 spot. The Mesa, Arizona native also earned 22 wins in doubles play, rising as high as No. 57 in the ITA/Oracle doubles rankings.

PLAYER OF THE YEAR

NEWCOMER OF THE YEAR

FRESHMAN OF THE YEAR

COACH OF THE YEAR