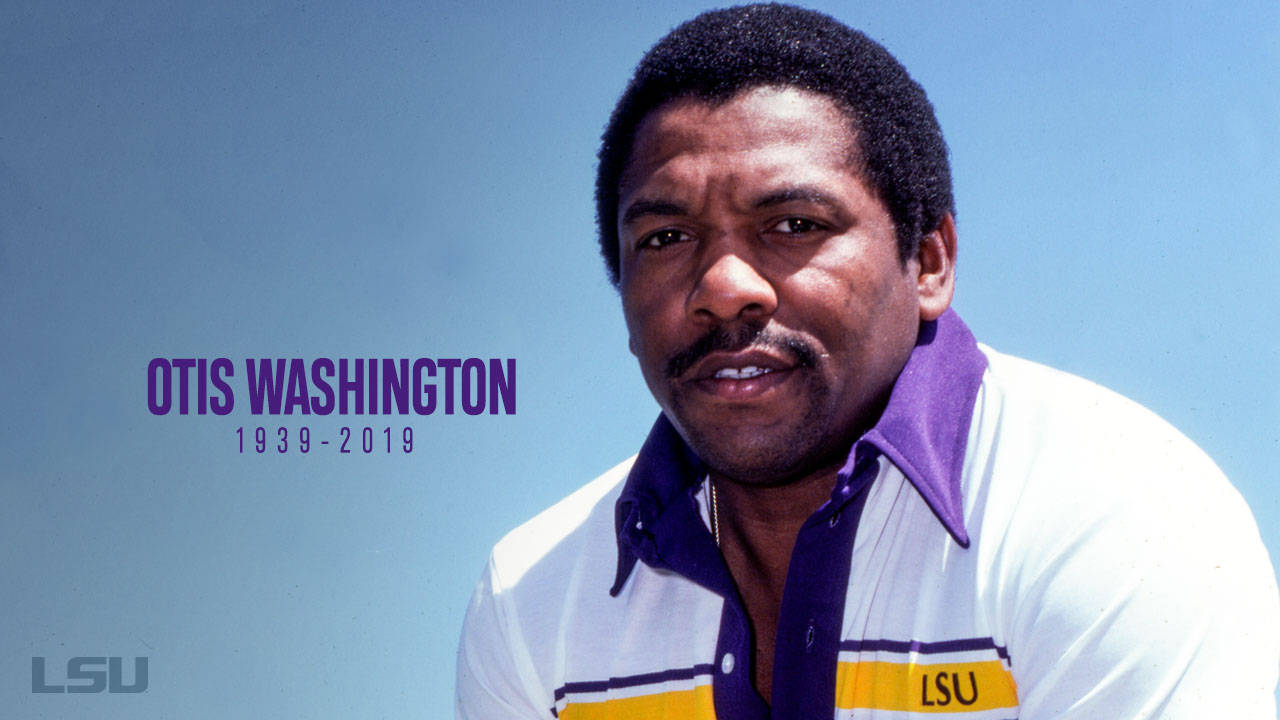 Washington, a highly successful prep coach in New Orleans and also the former head coach of the Southern Jaguars, was the first head African-American assistant coach at LSU. He was hired by Bo Rein, who was named the head coach at LSU shortly after the 1979 football season concluded.

Rein never coached a game at LSU as he was killed in a tragic plane crash in January 1980. Jerry Stovall took over as head coach and Washington coached the offensive line during the 1980 season before accepting the head coaching job at Southern, a position he held for six seasons.

John Ed Bradley was a second-team All-SEC center on that 1980 team which posted a 7-4 record.

A native of Selma, Alabama, Washington came to the state on a football scholarship to Xavier where he earned all-conference honors in football (guard, linebacker) and baseball (catcher). He was the last captain on what was the final football team in 1959 before the school for a time discontinued sports.

However, Washington stayed on and completed his degree in 1961.

From there, his iconic high school career at St. Augustine began – eight years as an assistant coach before being named the head coach prior to the 1969 season.

He assisted on three state championship teams in the Louisiana Interscholastic Athletic and Literacy Organization before the school became a member of the Louisiana High School Athletic Association in 1967.

In 1975, St. Aug won the state title with the school’s only perfect 15-0 season with a 35-13 victory at Covington. In 1978, the Purple Knights met Catholic League rival Jesuit and won 13-7 before some 44,000 in the Superdome, a precursor to today’s LHSAA state championship games in the building.

The final championship came the next year as St. Aug won the 1979 championship, 16-7, over New Iberia at Cajun Field in Lafayette.