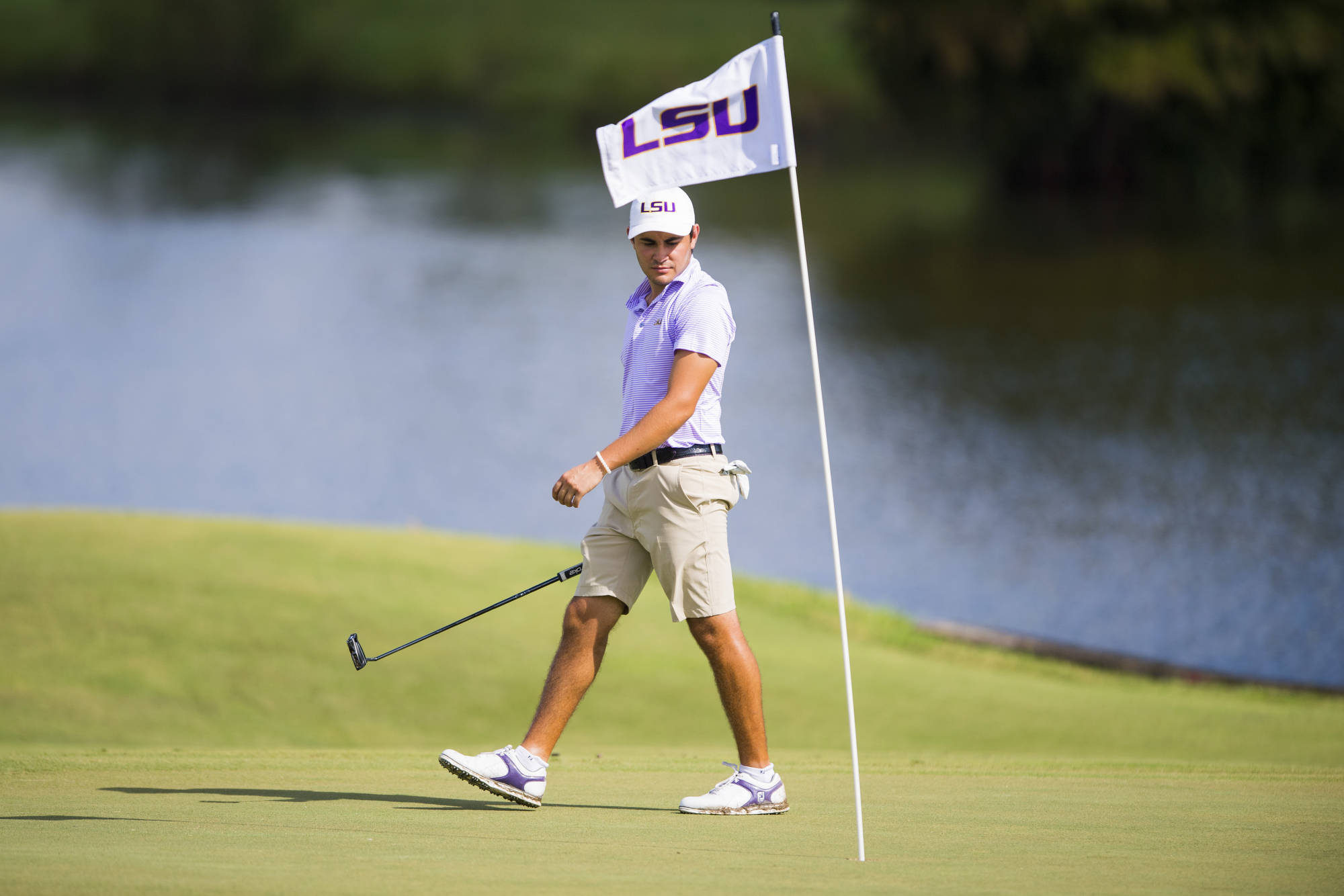 Baton Rouge, La. – The LSU men’s golf team will begin play at the 2019 NCAA Championships on Friday at The Blessings Golf Club in Fayetteville, Arkansas. For the Tigers, it will be their sixth trip to the NCAA Championships in the last seven years under the direction of head coach Chuck Winstead.

LSU will tee it up with SEC foes South Carolina and Texas A&M on Friday morning at 6:50 a.m. CT off the 10th tee. The 6:50 a.m. CT tee time on Friday will officially get the tournament started as it is the earliest tee time of Friday. Saturday will see the Tigers play alongside the Gamecocks and Aggies again with a 12:10 p.m. CT tee time off No. 1. After play concludes Saturday, pairings will be reshuffled according to the team standings. Live scoring of the tournament will be provided at Golfstat.com.

LSU is one of 30 teams to advance to the final site for the NCAA Championships. The Tigers will officially enter the tournament seeded 17th in the field. Three days of stroke play will be contested on Friday, Saturday, and Sunday before the field is narrowed down to the top 15 teams for the final day of stroke play on Monday; the top nine individuals not on one of those 15 teams will also advance to the final day of stroke play on Monday. The individual national champion will be crowned Monday afternoon, and the top eight teams with the lowest stroke total after 72 holes will advance to match play. Match play will begin Tuesday morning with the quarterfinals and will be followed by the semifinals in the afternoon. The team national champion will be decided on Wednesday afternoon. The tournament will be hosted at the beautiful and challenging Blessings Golf Club. The Blessings will play as a par 72 at 7,550 yards. Oklahoma State enters the tournament as the No. 1 ranked team in the nation and are the reigning national champs. LSU knocked off Oklahoma State earlier this season at ‘The Prestige’ in February.

Since match play began in 2014, LSU has advanced to that stage of the tournament three out of the last five years. The 2014 team of Curtis Thompson, Ben Taylor, Smylie Kaufman, Stewart Jolly and Zach Wright were the first group to make it to match play and they beat UCLA by a tally of 4-1 in the quarterfinal round to finish as national semifinalists; it was LSU’s best NCAA finish since 1967. The following year it was Taylor, Wright, and Jolly joined by Brandon Pierce and Eric Ricard as they secured LSU’s first national title since 1955. The Tigers knocked off USC in the finals with a commanding 4-1 win to claim the national title. The Tigers dropped a 3.5-1.5 decision in the 2016 NCAA quarterfinals against the hosts, Oregon. That team consisted of Pierce, Wright and Ricard and they were joined by two freshmen that season, Sam Burns and Luis Gagne.

The lineup for LSU has yet to be officially determined, but going off the NCAA Stanford Regional the lineup was Luis Gagne, Philip Barbaree, Trey Winstead, Michael Sanders and Nathan Jeansonne. Out of those five, Gagne and Barbaree are the only two to have experience this deep into the collegiate season. For Gagne, it will be his third NCAA championship tournament and he owns a stroke average of 72.38 in eight NCAA tournament rounds. He placed tied for 13th in 2016 with a four-round tally of 4-over 284 and he tied for 47th at the 2017 national tournament with a score of 7-over 295. Barbaree played at the NCAA Championships during his freshman season in 2017. He averaged 73.5 strokes per round during that tournament; his best round of the tournament was a 4-under 68 with 14 pars and four birdies in round two that year. Winstead has two-top 10 finishes to his name this season with a 71.78 stroke average, Sanders is playing to the tune of 72.19 strokes per round during his freshman season that includes two-top five finishes, and Jeansonne has a 73.00 stroke average. Garrett Barber has made the trip as well and he has a stroke average of 73.17 strokes per round.