Baseball Advances in SEC's Behind Fontenot, 8-6 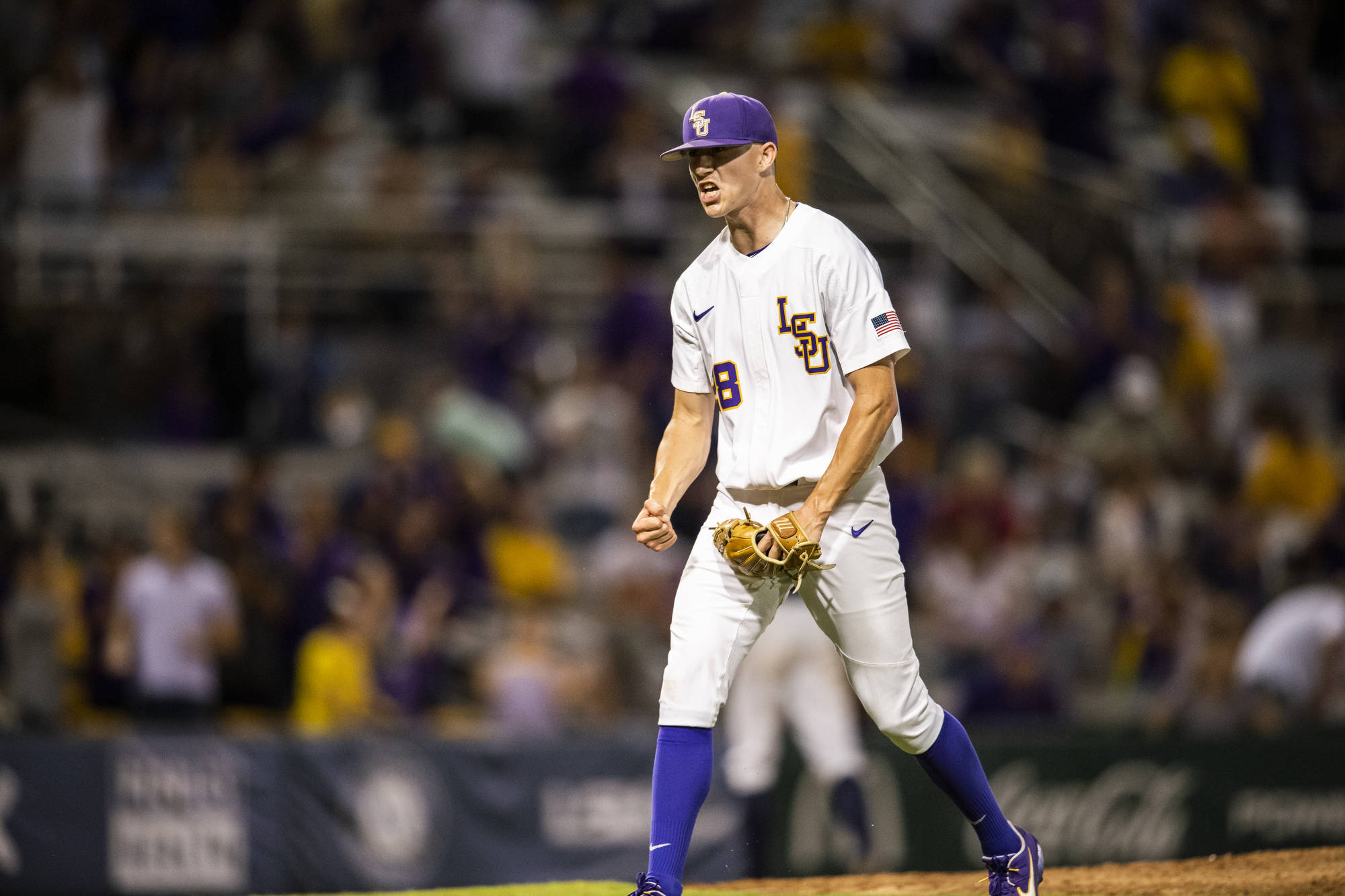 HOOVER, Ala. – LSU sophomore right-hander Devin Fontenot worked 4.1 shutout innings Tuesday night, and the Tigers overcame an early four-run deficit to post an 8-6 win over South Carolina in the first round of the SEC Tournament at Hoover Metropolitan Stadium.

LSU (35-22), which advanced to the double-elimination portion of the SEC Tournament, will face Mississippi State at approximately 8 p.m. CT Wednesday. The game will be televised by the SEC Network, streamed on the WatchESPN platform, and broadcast on the LSU Sports Radio Network and www.LSUsports.net/live beginning at least 30 minutes prior to first pitch.

South Carolina ended its season with a 28-28 record.

Fontenot (5-1), who entered the game in the third inning, blanked the Gamecocks over 4.1 innings, allowing just one hit with two walks and four strikeouts.

Junior right-hander Todd Peterson earned his third save of the season, working the final 2.2 innings and limiting the Gamecocks to one run on one hit with one walk and three strikeouts.

Freshman right-hander Cole Henry, making his first appearance on the mound since April 19, started the game for the Tigers and pitched 1.2 innings, allowing five runs – four earned – on five hits with no walks and three strikeouts.

South Carolina reliever Parker Coyne (2-1) was charged with the loss, as he surrendered four runs on seven hits in 1.2 innings with one walk and one strikeout.

LSU trailed 5-1 in the second inning before rebounding for the victory. The win was LSU’s first this season when facing a deficit of greater than three runs.

“That was a game of some ebb and flow,” said LSU coach Paul Mainieri. “(LSU shortstop) Josh Smith got us off to a good start (with a home run) after Cole (Henry) pitched us out of a first-inning jam. I felt good about everything. I thought Cole was throwing the ball extremely well. I thought we were going to play really well and then the second inning was kind of Murphy’s Law; they throw up the five-spot and this isn’t exactly how we had it planned.

“But I knew our guys wouldn’t quit and really the key to the game was Devin Fontenot. He just kind of took the team and put us on his shoulders.”

Smith was 2-for-4 at the plate with a homer and two RBI. Designated hitter Cade Beloso provided three hits and three RBI to pace the Tigers’ 13-hit output.

LSU grabbed a 1-0 in the bottom of the first inning when Smith led off with his eighth homer of the year against South Carolina starter Cam Tringali.

LSU responded with a pair of runs in the bottom of the second when designated hitter Cade Beloso delivered a bases-loaded, two-run single.

The Tigers plated three runs in the fourth as Smith produced an RBI single and later scored on a wild pitch, and leftfielder Daniel Cabrera contributed a run-scoring single that gave LSU a 6-5 advantage.

South Carolina narrowed the gap to 8-6 in the eighth when Peterson began the inning by walking shortstop George Callil, who later scored on a sacrifice fly by centerfielder TJ Hopkins.

Peterson retired the side in order in the top of the ninth to preserve the win.