Tiger Duo Fall in First Round of Singles Tournament 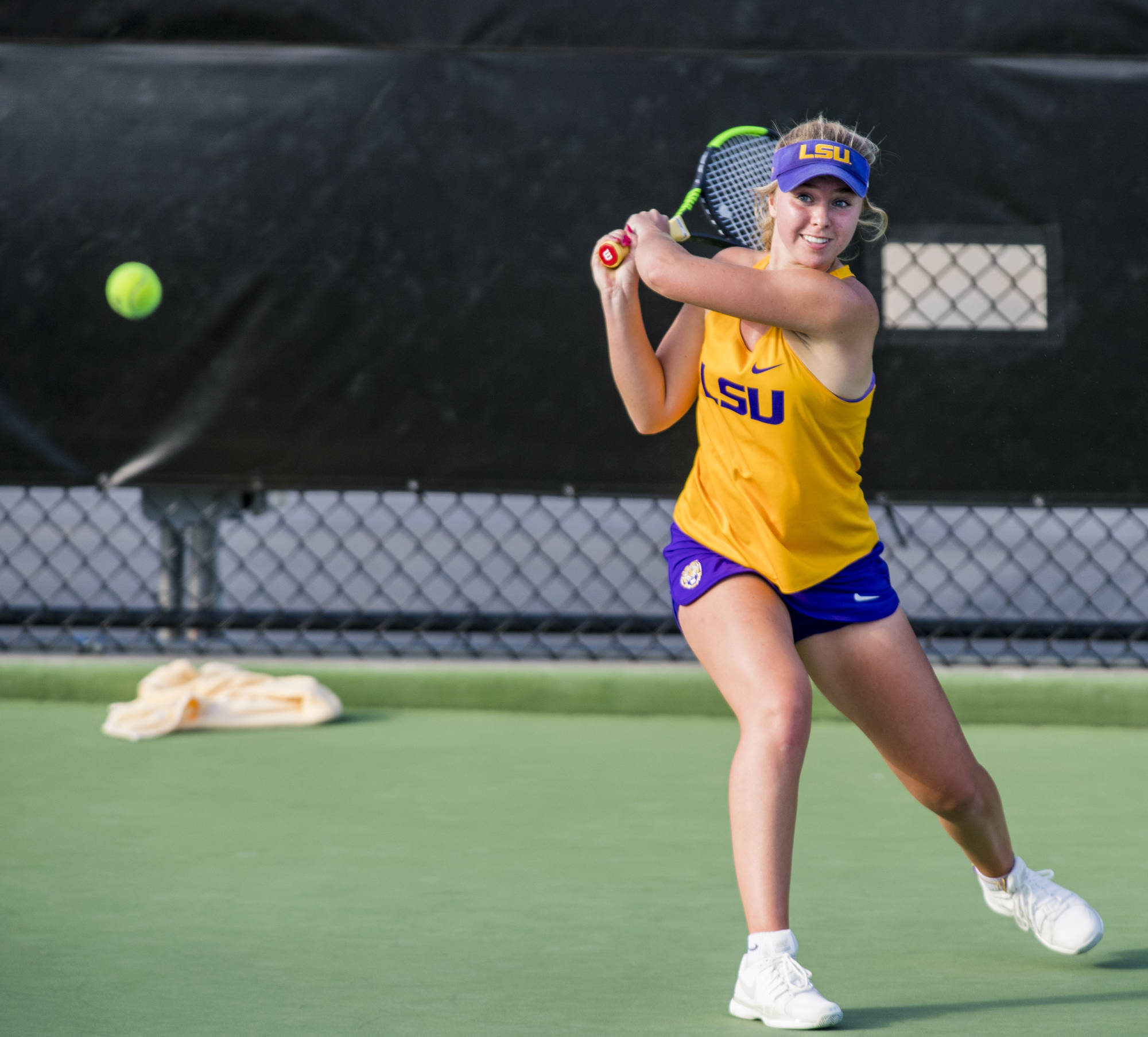 ORLANDO, Fla. – LSU Senior Jessica Golovin and sophomore Eden Richardson fell in the first round of the 2019 NCAA Women’s Tennis Singles Tournament on Monday, May 20, at the USTA National Campus in Orlando, Florida.

“Incredible Tiger fight with both Eden and Jessica today in their comebacks in the third set,” co-head coach Michael Sell said. “We dug ourselves big holes but courageously fought back to put ourselves in positions to win. I’m proud of their determination as they keep showing why they have National Championship characteristics.”

“It’s not the outcome we wanted, but we will regroup for doubles tomorrow against a tough North Carolina team.”

Golovin opened the match strongly, taking the lead and not looking back by winning the first set by a score of 6-3. Hawai’i’s Petra Melounova replied with a powerful showing in the second set, winning 6-3 to force the deciding set.

Melounova took an early 4-1 lead in the third set before Golovin stormed back to tie it at 4-4. After taking a point each in the next two games, Golovin’s comeback fell just short as Melounova took the set and match by a score of 7-5.

An even first set saw Richardson and San Diego’s Solymar Colling trade games back and forth up to the 5-5 mark. A strong final two games saw Richardson take the gritty first set by a score of 7-5.

The second set saw similar back and forth action, with the two women splitting the first six games, 3-3. Colling would pull ahead and eventually take the second set, 6-3, to force the third and deciding one.

Richardson won the first game before Colling went on a five-game win streak and made it 5-1. With her back against the wall, Richardson swung momentum entirely and took the next four games to tie it up at 5-5. Richardson’s comeback was denied as Colling took the next two games and won the final set, 7-5.

Richardson and Golovin will begin their campaign to defend the NCAA Doubles Championship when they take on the Top-8 seeded duo from North Carolina, Makenna Jones and Cameron Morra, at 7 p.m. CT on Tuesday, May 21.