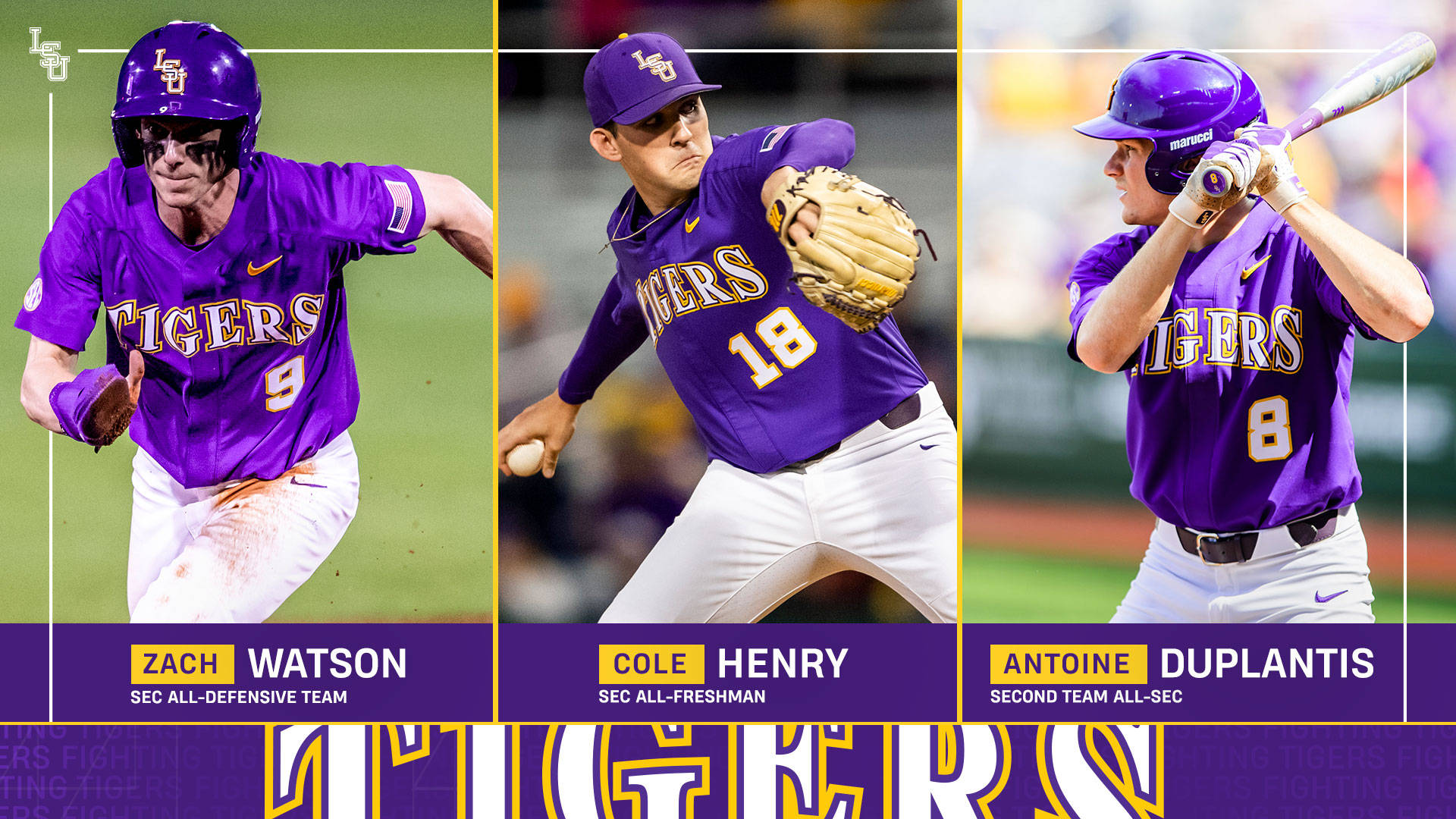 Duplantis has raised his LSU career hits total to 342, and he is No. 2 on the all-time LSU hits list. He needs 11 hits to become LSU’s all-time leader; former first baseman Eddy Furniss (1995-98) currently holds the LSU career hits record (352).

Duplantis is the SEC’s all-time leader in at-bats with 1,061 at-bats in his four-year career. The previous SEC career at-bats leader was outfielder Preston Tucker of Florida (1,035 at-bats, 2009-12).

The speedy Watson, who hails from Ruston, La., is regarded as one of the nation’s best centerfielders, and he has recorded a perfect 1.000 fielding percentage this season in 121 chances.

Henry, a native of Florence, Ala., is 4-2 this season with a 3.26 ERA in 11 appearances (eight starts). He has worked 49.2 innings while recording 60 strikeouts and limiting opponents to a .228 batting average.

Henry was named SEC Co-Freshman of the Week after defeating Florida on April 19 with a superb effort, limiting the Gators to one run on four hits in 5.1 innings with no walks and a career-high 12 strikeouts. His strikeouts total was the most by an LSU pitcher in an SEC game since March 30, 2017, when Alex Lange recorded 12 Ks against Texas A&M.

*Tie (Ties are not broken)