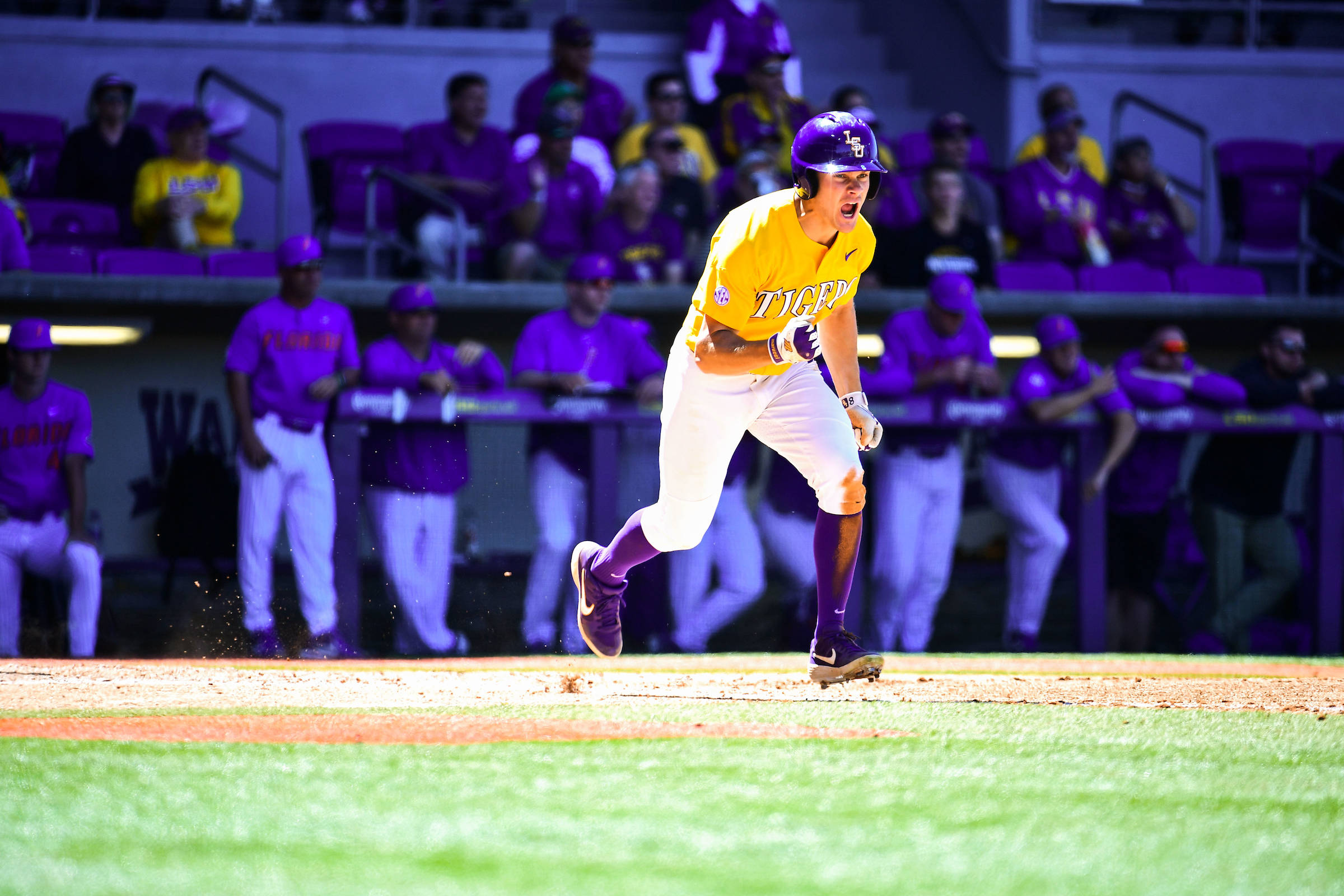 LSU IN THE SEC TOURNAMENT
LSU has a league-best 85-42 (.669) all-time record in the SEC Tournament, and the Tigers own a conference-high 12 tournament titles … Alabama and Mississippi State are second behind LSU with seven tournament titles, and Ole Miss is third with six championships … LSU has won six of the past 11 SEC Tournament crowns, claiming the title in 2008, 2009, 2010, 2013, 2014 and 2017 … the Tigers are 35-8 under 13th-year coach Paul Mainieri in SEC Tournament games … last year, LSU was 4-2 in the tournament and was defeated by Ole Miss in the championship game.

QUOTING PAUL MAINIERI
“The SEC Tournament is a great event and something we always look forward to. There’s a lot of excitement attached to the opening game, since it is single elimination, and you have to win it if you want to stick around. Certainly, we will need to have success in the tournament in order to be considered as an NCAA Regional host site. We have a lot if impressive elements in our resume, including 19 wins against Top 50 RPI teams, the fifth-highest total in the country. We’re going to do our best to bring postseason baseball back home to our fans next week.”

ABOUT THE TIGERS
• LSU finished the regular season 17-13 in the Southeastern Conference and the Tigers are the No. 5 seed in the SEC Tournament … LSU has won four of its last five games, including a series victory last weekend over Auburn
• The Tigers are No. 21 in the latest RPI rankings, and LSU has 19 wins over Top 50 RPI teams, which is the fifth-highest total in the nation … LSU has seven series wins against RPI Top 50 opponents
• The Tigers have 10 wins vs. the current RPI Top 25, and LSU boasts four series wins against RPI Top 25 opponents … LSU’s strength of schedule was rated as high as No. 7 nationally entering the SEC Tournament
• The LSU pitching staff has recorded a 2.68 ERA in its last five games, allowing just 14 earned runs in 47 innings … opponents are hitting just .207 against LSU pitching in the five-game span
• Senior rightfielder Antoine Duplantis has raised his LSU career hits total to 342, and he is No. 2 on the all-time LSU hits list … Duplantis needs 11 hits to become LSU’s all-time leader; former first baseman Eddy Furniss (1995-98) currently holds the LSU career hits record (352) … Duplantis is the SEC’s all-time leader in at-bats with 1,061 at-bats in his four-year career … the previous SEC career at-bats leader was outfielder Preston Tucker of Florida (1,035 at-bats, 2009-12) … Duplantis is No. 7 in the SEC in hits this season with 74 and he is No. 6 in the league with 58 RBI; he has produced 20 RBI in LSU’s last 17 games … Duplantis is batting .476 (10-for-21) in LSU’s last five games with three homers, seven RBI and seven runs scored
• Freshman right-hander Landon Marceaux delivered a brilliant outing on Friday to clinch LSU’s series win over Auburn … Marceaux pitched a career-high seven innings, limiting Auburn to one run on only two hits with no walks and a career-best seven strikeouts … he allowed just one Auburn runner to advance beyond first base during his outing … Marceaux retired 11 straight Auburn hitters from the first inning through the fourth inning, and he retired nine in a row from the fifth through the seventh innings to complete his outing
• Sophomore catcher Saul Garza batted .636 (7-for-11) in last weekend’s Auburn series with one homer, two RBI and three runs … Garza has homered once in five consecutive SEC series, beginning with the April 18-20 series versus Florida … he did not homer this season prior to the Florida series
• Sophomore right-hander Eric Walker posted a win over Auburn last Thursday in Game 1 of the series, allowing one run on two hits in six innings with three walks and five strikeouts
• Junior right-hander Todd Peterson made two appearances in the Auburn series, allowing one run on two hits in 4.2 innings with four strikeouts … Peterson has recorded 13 strikeouts in his last 13.1 relief innings

ABOUT THE GAMECOCKS
• South Carolina defeated fourth-ranked Mississippi State, 10-8, in Starkville on the final day of the regular season to earn the final bid to the SEC Tournament
• The Gamecocks are 14th in the SEC in team batting average, hitting .236, but they have 75 home runs, the second-highest total in the league
• Four Gamecocks have double-digit home runs – senior utility player Jacob Olson (13), sophomore catcher Luke Berryhill (12), senior outfielder TJ Hopkins (11) and sophomore outfielder Andrew Eyster (10)
• South Carolina is 14th in the SEC in team ERA (5.45) … freshman right-handed reliever Brett Kerry is No. 10 in the league in individual ERA (2.62), and he’s recorded 65 strikeouts and seven saves in 58.1 innings