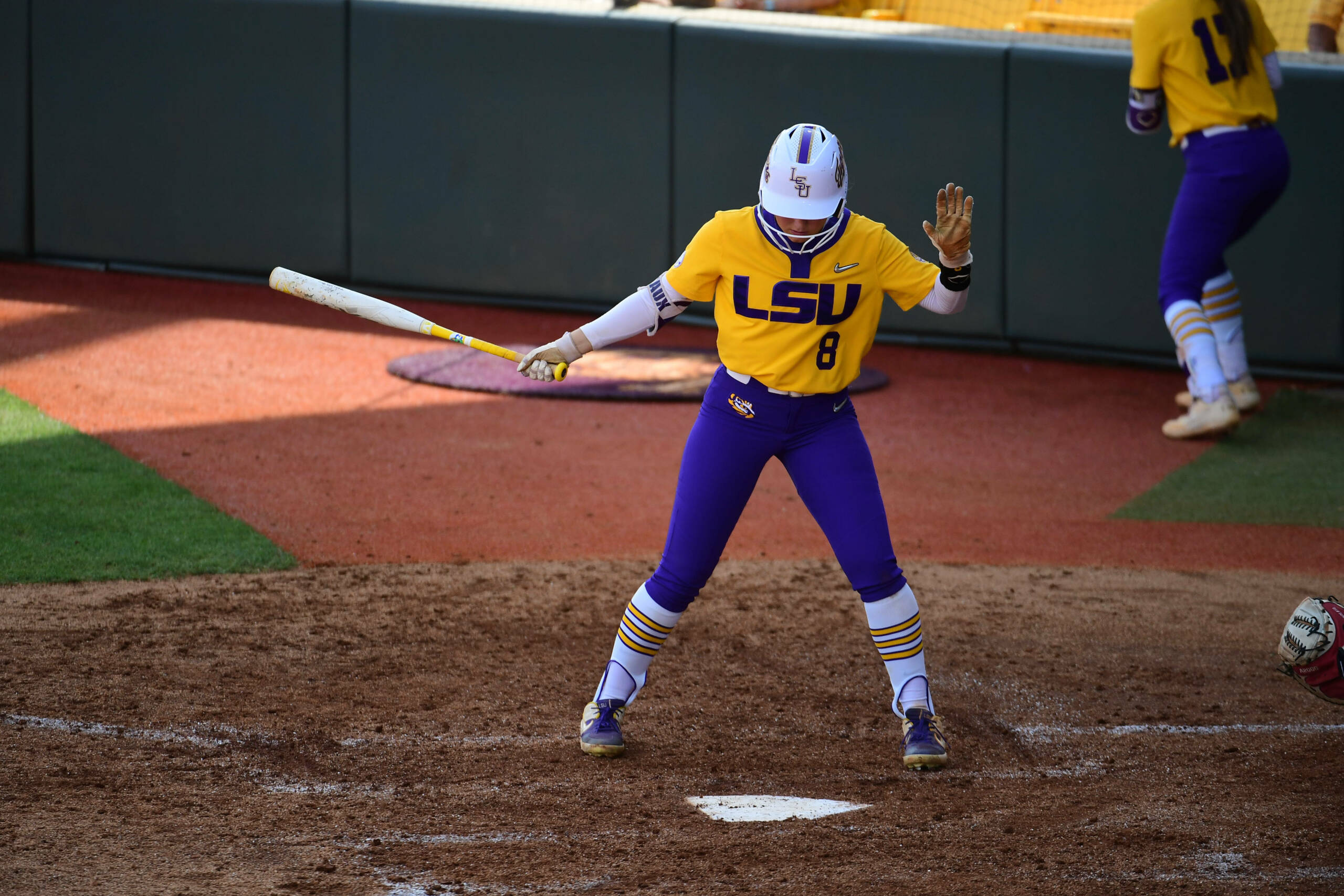 After two scoreless innings, the Tigers got on the board first in the top of the third. Amber Serrett reached first on a hit-by-pitch, followed by Taryn Antoine reaching on an error and then advancing to second. With runners at second and third, Aliyah Andrews bunted the ball and Serrett scored. LSU led 1-0 heading into the bottom of the inning, but Texas Tech scored one run to tie up the game.

Shemiah Sanchez was first up to bat in the top of the fourth and she reached on a walk. Amanda Doyle came up behind her and popped the ball right over third base for a single. Next up, Savannah Stewart bunted and reached on a fielder’s choice, but Sanchez got out at third. With one out and a full count, Serrett singled to center field to load up the bases. Senior Michaela Schlattman pinch-hit for Morgan Cummins and hit a sacrifice fly to center field to score Doyle. LSU took a 2-1 lead.

The Red Raiders scored two runs in the bottom of the fourth and then another in the bottom of the fifth to take a 4-2 lead on the Tigers. LSU came back in the top of the sixth starting with a dinger from Doyle, her eighth home run on the year. Stewart followed behind Doyle and reached on a bunt, and then stole second. Schlattman stepped up to the plate and crushed the ball to the right field fence, scoring Stewart to tie up the game, 4-4.

Texas Tech put another run on the board in the bottom of the sixth to take back the lead. LSU had a runner on third in the top of the seventh, but was unable to score. The Red Raiders claimed the 5-4 win.

Sunseri gets the loss in the circle, bringing her record to 13-9 on the season. She finished with one strikeout and allowed only one run on two hits. Shelby Wickersham finished with three strikeouts in 4.1 innings pitched.

The Tigers take on Texas Tech again in the final game of the tournament Sunday at 6:25 p.m. The game will stream live on ESPN.