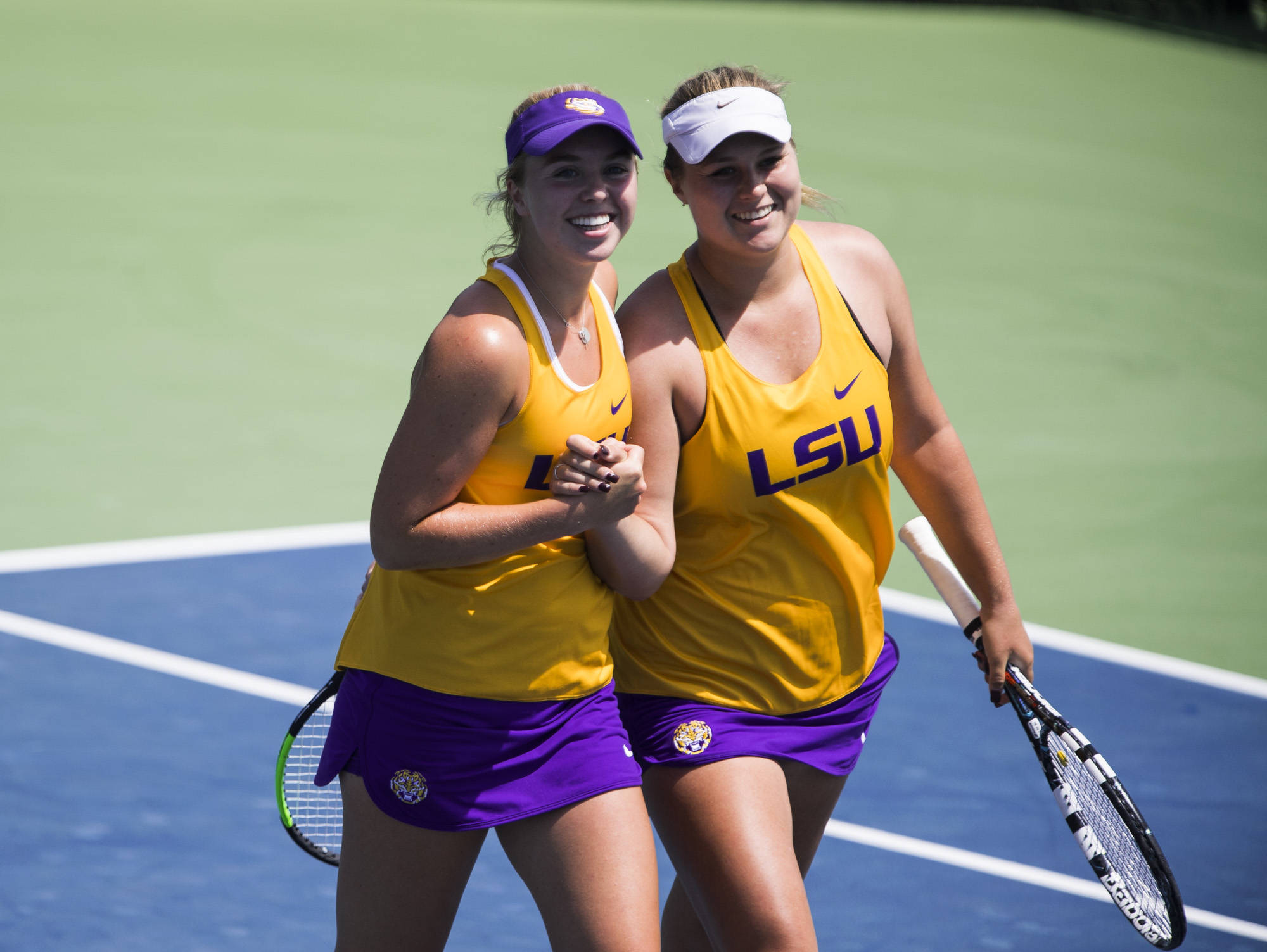 Golovin will start her singles campaign at 11 a.m. CT on Monday, May 20, taking on Hawai’i’s Petra Melounova, while singles All-American Richardson takes on San Diego’s Solymar Colling at 12:30 p.m. CT.

In doubles, Richardson and Golovin will begin their quest to defend their NCAA Doubles Championship on Tuesday, May 21, against North Carolina’s Makenna Jones and Cameron Morra.

Golovin will compete in the singles tournament for the second time in her career, having earned a spot her freshman year. Golovin won her opening match before falling in the second round. The senior has earned 17 wins in the 2018-19 season, including two wins over All-Americans Christina Rosca of Vanderbilt and Marta Gonzalez of Georgia.

Richardson returns to the singles tournament for the second consecutive year, earning All-American honors as a Top-16 seed. Richardson’s 22 wins overall in the season was a team-high for the Tigers, and included multiple wins over fellow All-Americans and Top-8 seeds such as No. 2 Katarina Jokic, No. 3 Kate Fahey, and No. 6 Fernanda Contreras.

In doubles, Richardson and Golovin will begin their campaign to defend the NCAA Doubles Championship. Last year, the pair ran the table before defeating Oklahoma State’s Vladica Babic and Sofia Blanco in the finals in straight sets to secure the LSU women’s tennis team its first national title in program history. The duo earned 19 wins in the 2018-19 season, defeating five ranked opponents along the way.

Notes on the Opponents

Melounova is not unfamiliar to facing the Tigers in the tournament. In 2017, she fell to Joana Valle Costa in the second round, losing in straight sets, 6-3, 6-2. The junior from the Czech Republic is competing in her third-consecutive singles tournament and earned 13 wins in the dual season.

Colling and Richardson will face-off for the second time this month, with the two having met when LSU took on San Diego in the first round of the NCAA Women’s Team Tournament. The freshman from Orange, California, earned her 24th win of the season against Richardson before her team ultimately fell to LSU.

North Carolina’s leading pair of Jones and Morra both make their NCAA doubles tournament debut. The tandem earned 22 wins overall this season, and earned All-American honors as a Top-8 seed.