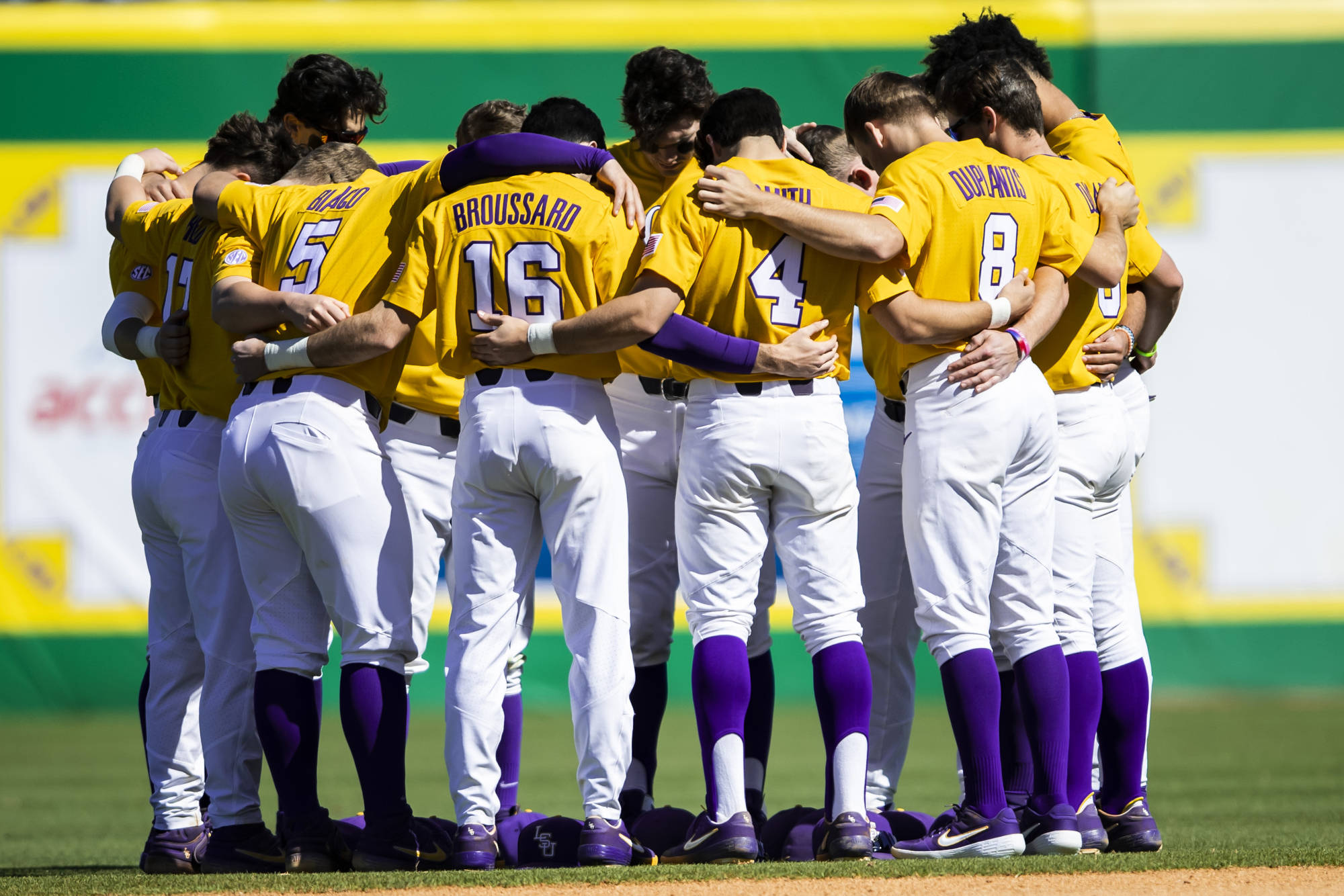 BATON ROUGE. – Auburn catcher Matt Scheffler hit a two-run home run in the top of the ninth inning to tie the game and send it into extra innings as Auburn captured the series finale against No. 19 LSU, 5-4, Saturday afternoon in Alex Box Stadium, Skip Bertman Field.

In the top of the 11th inning with second baseman Ryan Bliss on second after leading off the inning with a base hit and stealing second, shortstop Will Holland doubled to left field to put Auburn up, 5-4.

LSU will be the No. 5 seed in the SEC Tournament in Hoover, Ala., and the Tigers will play at a time to be determined Tuesday night in the fourth game of the day against 12th-seeded South Carolina. Tuesday’s game will be televised on the SEC Network, and it can be heard on affiliates of the LSU Sports Radio Network.

“The loss today was disappointing, but overall I was very pleased that we won the series and pitched very well in all three games,” said LSU coach Paul Mainieri. “For the weekend, I thought our pitching was tremendous, and offensively, it looked like we had done enough today to win, but we were just one swing away from being able to break the game open.

“We won two out of three this weekend, and we won six of our 10 SEC series this year. I think we’ve demonstrated we can play with anybody; we’ve hung tough all year. The regular season is in the books, and now the fun begins with the postseason.”

Auburn’s Ryan Watson (1-1) earned the win Saturday after blanking LSU in 1.1 innings and striking out one. Brooks Fuller recorded his first save of the year, throwing his one out.

Zack Hess was charged with the loss (3-5) after entering with two outs in the eighth inning. He allowed three runs on four hits, walked two and struck out five.

Devin Fontenot started the game for LSU and allowed one hit in two innings and struck out two. Matthew Beck was the next LSU pitcher, and he blanked Auburn across two innings, gave up one hit and struck out one.

Ma’Khail Hilliard and Todd Peterson combined for 3.2 innings and allowed two runs on four hits and struck out four.

With runners on first and second after left fielder Daniel Cabrera doubled to right field and designated hitter Cade Beloso was hit by a pitch with one out, senior first baseman Chris Reid dribbled a double into the right field corner to give LSU the early 1-0 lead in the bottom of the fourth inning.

Auburn tied the game at 1-1 in the top of the fifth when right fielder Steven Williams hit a double to right field, allowing first baseman Rankin Woley to score from first after he singled through the left side with one out.

LSU regained the lead in the bottom of the fifth inning with the bases loaded and one out when Cabrera worked back from a 0-2 count to drive in catcher Saul Garza with a sacrifice fly to center field. Garza led off the inning by taking the first pitch he saw from Greenhill and driving it to center field before coming around to score and making it a 2-1 game.

In the top of the sixth inning, Auburn Bliss homered to left field with one out to knot the game at two runs.

With Reid on second after drawing a leadoff walk and advancing on a sacrifice bunt, second baseman Brandt Broussard dropped a single into left field to give LSU the 3-2 lead.

LSU grabbed a two-run lead in the bottom of the seventh when Beloso sent a fly ball to left field, which allowed Duplantis to tag from third and score after leading off the inning with a single to right field and moving to third on an error by the shortstop.

Auburn tied the game, 4-4, in the top of the ninth after Scheffler hit a two-run home run to bring in Holland who drew a walk with one out.

LSU put a runner in scoring position in the 11th when Josh Smith singled up the middle with one out and moved to second on a ground ball, but the Tigers were unable to bring him in.