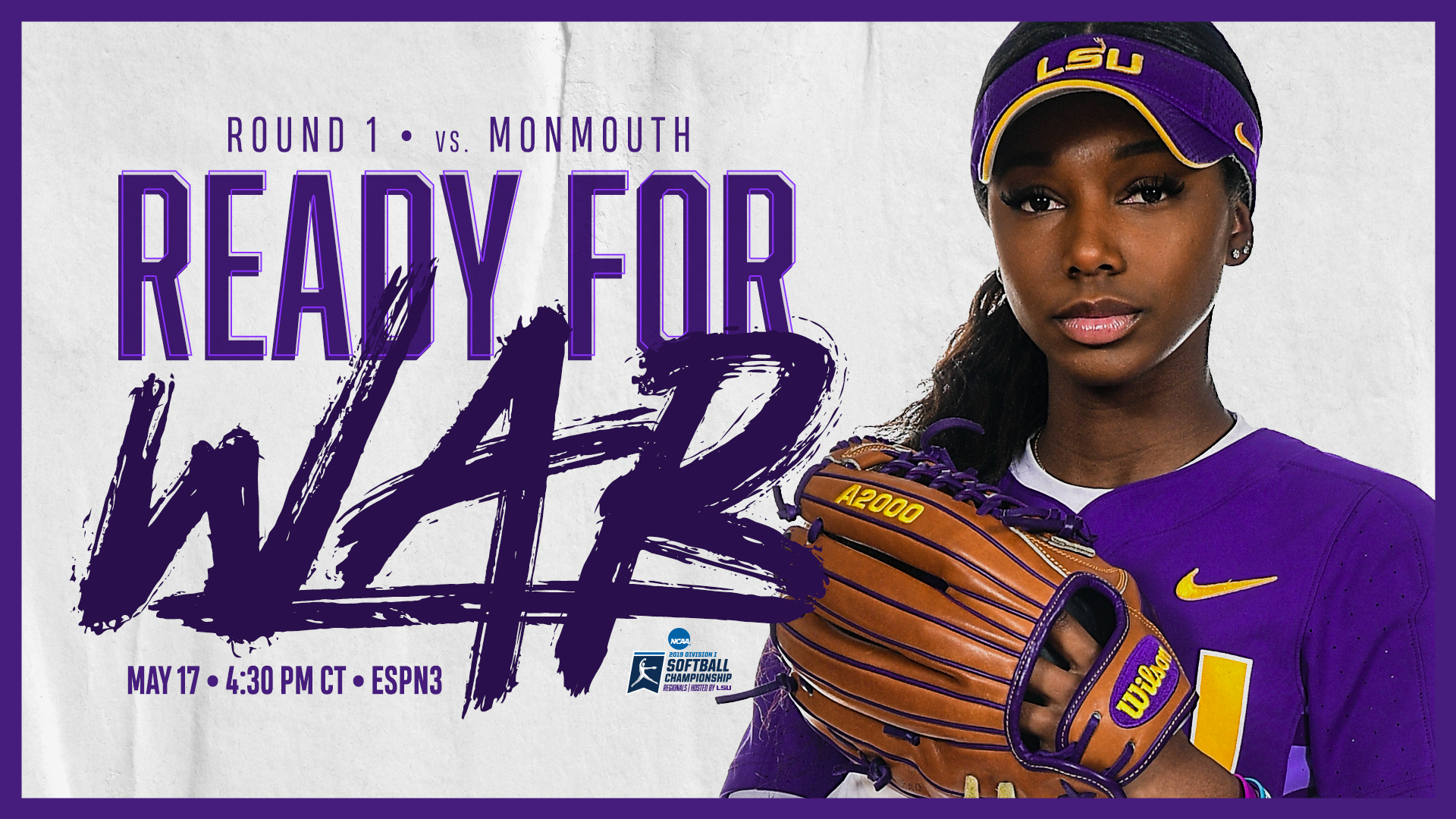 LSU, the No. 10 overall national seed in this year’s tournament will host its fifth consecutive regional beginning Friday, also welcoming Texas Tech and Louisiana Tech. Those two teams will open the regional in the first game of the day on Friday at 2 p.m.

All games throughout the regional will be available to stream live on ESPN3, which can be found through WatchESPN and the WatchESPN app. Matt Schumacker and Leigh Dakich will be on the call for every game of the weekend.

For all information for the regional this weekend, click here. The site features links to video stream, live stats and any updates from Tiger Park. The site will also feature a link to free live audio coverage of LSU games at www.LSUsports.net/live with Patrick Wright calling the action locally in Baton Rouge on Talk 107.3 FM. For fans looking to purchase tickets, click here.

About the Tigers
A nationally-seeded team for the fifth consecutive season, the Tigers come into the postseason with a 40-16 overall record. LSU finished the regular season in a three-way tie for second place in the SEC. The Tigers finished with a 14-10 record in the league and garnered seven All-SEC honors. The Tigers had 14 wins over Top 25 RPI teams and 21 overall wins in the top 50.

Amanda Sanchez is lead the squad with a .394 average. Aliyah Andrews is right behind at .383 with 45 stolen bases on the year. In the circle, Shelby Wickersham is 10-2 with a 2.17 ERA, while Maribeth Gorsuch and Shelbi Sunseri are 11-3 and 12-8, respectively. Sunseri leads the team in strikeouts with 75.

Scouting the Field
Monmouth
The MAAC Tournament Champions come in with a 36-16 overall record. Kayla Rosado leads the team with a .378 average and has five home runs. Lindsey Baron leads the team with 12 home runs. Alyssa Irons is the ace in the circle with 30 wins on the year, the second-most in the nation. She has a 1.47 ERA with 225 strikeouts in 257.1 innings of work.

Texas Tech
Texas Tech finished fourth in the Big 12 this season with an 8-10 record. The Red Raiders finished with a 39-14 overall record, led by Karli Hamilton with a .424 average. She owns 10 doubles, eight triples, eight home runs and 41 RBI. She has a .706 slugging percentage and a .482 on-base percentage. In the circle, Missy Zoch leads with a 2.70 ERA and is 16-10 on the year. Erin Edmoundson is 19-3 on the year with five shutouts and holds her opponents to a .212 mark.

Louisiana Tech
La Tech comes into the regional with a 44-14 overall record and a C-USA Tournament Championship under their belt. Lindsay Edwards leads the squad with a .379 batting average with 12 doubles, a triple and five home runs for 38 RBI. In the circle, Krystal De La Cruz leads the team with a 2.18 ERA and has 131 strikeouts in 147.2 innings of work. She is 17-3 on the year.

“They just need to do what they’ve done all season long. That’s one thing that we talked about today. We’re not going to talk about this as a big event, it’s just another event on our schedule. We’ve prepared the same. Every game this year has been important. We didn’t change what we did because it’s the regional this weekend, we did what we have done all year.”

On the seniors’ performance this season…

“They’ve done a great job. This is a special group. It’s a great group and I am proud of them no matter what the outcome is this weekend. I’m proud of this team and I love how the seams come together. I think they’ve done a really great job.”

“We’re just trying to do as many things as we can to remind them what an enjoyable game this is. Softball is not their life. Softball is something they do. It’s a game and we’re privileged to have the opportunity to represent the greatest university in the country.

“We had some extra time this week, so we did some other things. We did some fun things and crazy things. We just try to enjoy our time together and enjoy the opportunity. I think it was really productive while we were doing that as well.”

On the team’s experience…

“It’s hard to find a team as experienced as ours in this spot. Not only do we have players who have played in the College World Series, but we are also playing a lineup that is full of seniors that have been in this spot. They have a ton of experience and they understand the magnitude of the moment. That’s why it’s good to remind them to play the way we’ve played all year, to not make it bigger than it is and to just play LSU softball.”

On the fun things they did this week…

“The staff got out and scrimmaged against them this week, and we were good. I had forgotten how much Sandra Simmons and Allie Walljasper could hit. We were good and we were competitive.”

What’s On Deck
The winner of the 2019 NCAA Baton Rouge Regional will advance to face the winner of the Minneapolis Regional, featuring host and No. 7 seed Minnesota, Georgia, Drake and North Dakota State.