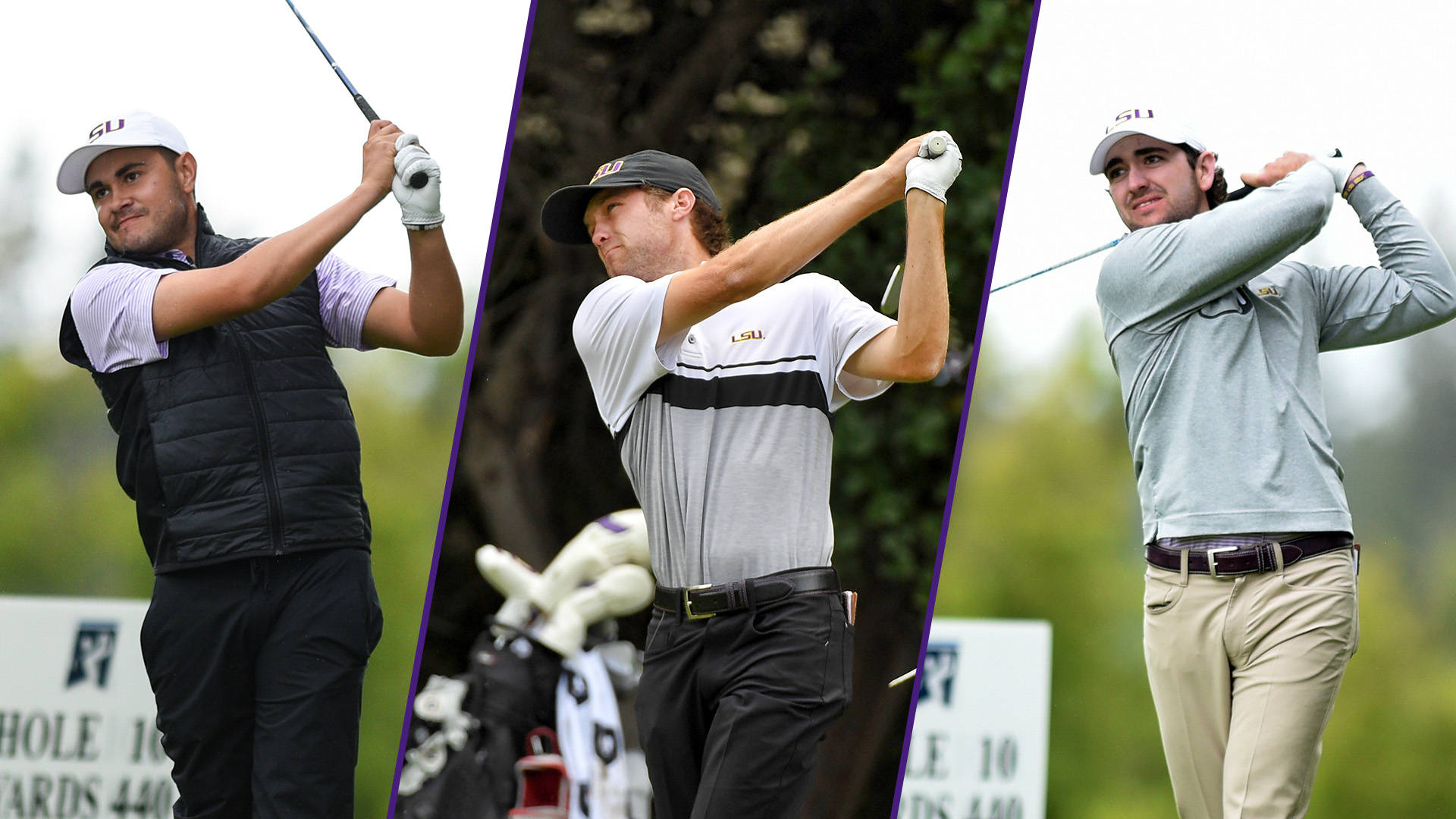 Baton Rouge, La. – Philip Barbaree and Luis Gagne were both named to the All-SEC Second Team, and Nathan Jeansonne earned a nod on the SEC Community Service Team as announced by the conference office on Thursday morning.

Barbaree, Gagne, and Jeansonne all played a part in LSU advancing to the NCAA Championships for the eighth time in the last 10 years this week at the NCAA Stanford Regional.

For Gagne it’s his third-straight All-SEC honor as he was a member of the second team in 2017 and a member on the first team a year ago. The Costa Rica native has played in nine tournaments this season for the Tigers and registered four top-10 finishes in those appearances. The senior has been so reliable this year with 26 of his 27 rounds played counting towards LSU’s team score. Gagne leads the team with 3.44 birdies per round and he’s also averaging a career best 71.04 strokes per round this season for the team low. He recently just made the 400th birdie of his career during round two of the NCAA Stanford Regional, and his tie for 10th place at the regional was the 19th top-10 showing of his career to rank him fourth on LSU’s all-time list.

Barbaree earns the first All-SEC accolade of his career with the appearance on the second team. Barbaree is having a career year as well with an excellent scoring average of 71.2 strokes per round. Barbaree leads the team in each of the following categories – birdies (94), eagles (6), and pars (343). The junior from Shreveport, La., is the only Tiger to have teed it up at all 10 tournaments this year and his score has counted towards the team in 27 of those 30 rounds. He has a career high three top-five finishes this season; his best showing of the season was a tie for third place at The Prestige which helped LSU win the team title.

Jeansonne volunteered at Halloween and Thanksgiving with the Tigers last fall to receive the community service award. The senior from Keithville, La., has one top-10 finish to his name this season, a tie for eighth at The Prestige. In addition to that, he has finished in the top 20 two other times (Maui Jim Intercollegiate and David Toms Intercollegiate).

The Tigers will be back in action May 24-29 at the NCAA Championships in Fayetteville, Ark., at The Blessings Golf Club.