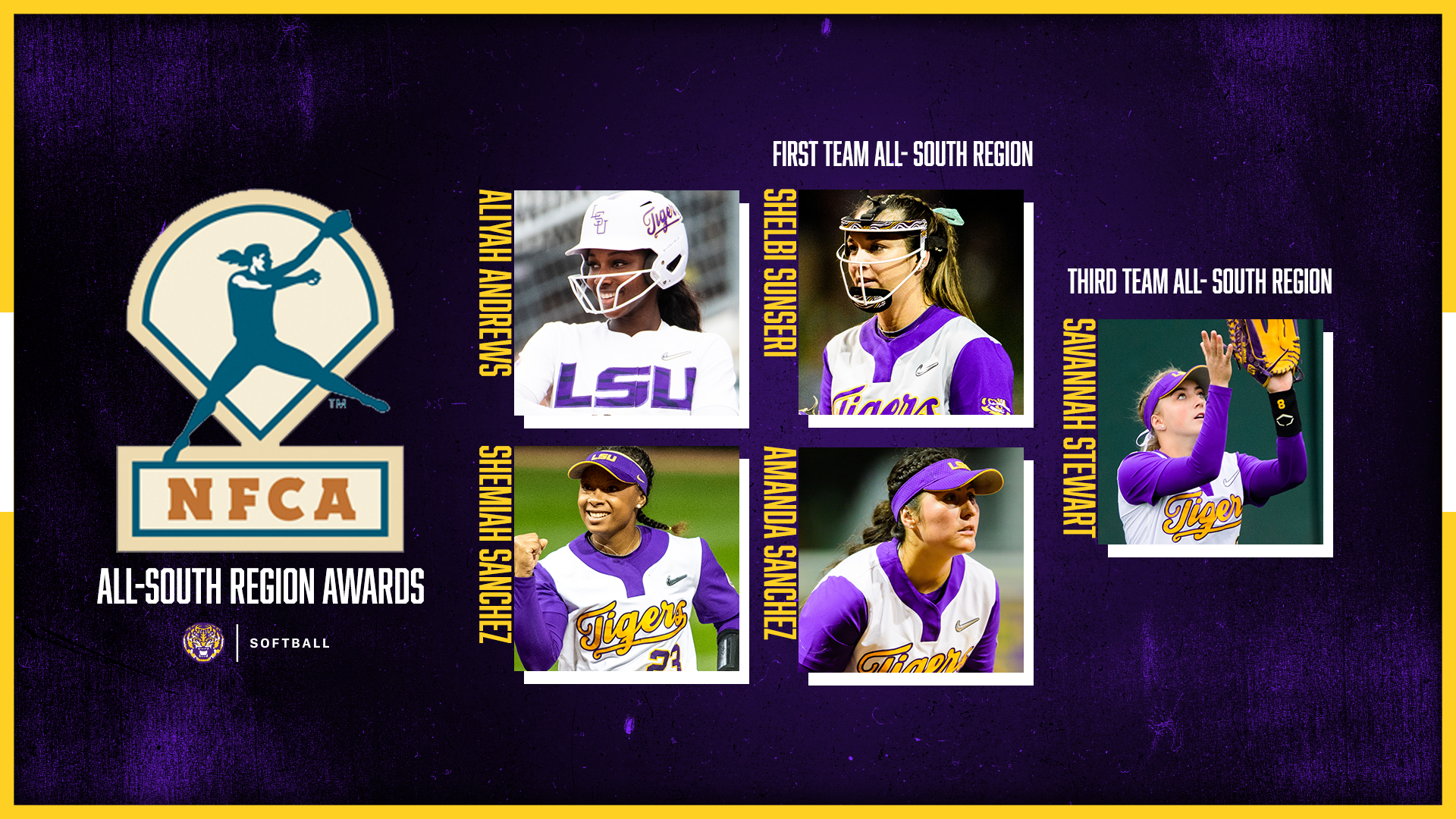 LSU has had a player on an all-region team every year since 1997. The four that were named to first team bring the total of first teamers to 48 in program history.

Shemiah Sanchez leads the Tigers with 17 home runs on the year. She has 10 multi-hit games on the year to go with 11 multi-RBI games. Sanchez became the first player in program history to hit multiple home runs in consecutive games and hit three grand slams in a season. Her third grand slam on the season came at Georgia which gave the Tigers the lead and eventually the win to help the Tigers sweep the Bulldogs for the first time in Athens since 2001.

Amanda Sanchez leads the Tigers with a .394 average. She owns eight home runs, a team-leading 16 doubles and 52 RBI. She has walked a total of 40 times on the season and has a .566 on-base percentage. She had a big weekend against South Carolina earlier this year, hitting .714 at the plate with three home runs, four runs scored and eight RBI.

Sunseri has been a dual threat for the Tigers in the circle and at the plate. She is 12-8 on the year with a 2.20 ERA. She owns five shutouts and leads the team with 75 strikeouts. At the plate, she is hitting .364 with 16 home runs, a team-leading .807 slugging percentage and 14 doubles. The sophomore had a three-game stretch with at least one home run in each game and had the longest reached base streak on the team of 30 straight games.

Andrews continues to be a dominant force in the outfield and on the bases for the Tigers. She is hitting .383 with a team-leading 59 runs scored. She has stolen 45 bases out of 48 attempts, which ties the single-season record. In centerfield, she has a .978 fielding percentage, committing just two errors on the season.

Stewart has really stepped up for the Tigers this season, leading the team in the last few weeks. In the last 10 games, she has led the Tigers at the plate with a .381 average. She is fourth on the team in batting average at .357 and owns six doubles and three triples. She led the team against Alabama in the final regular season series, hitting .400 and earned SEC Freshman of the Week after hitting .444 at Baylor.

The Tigers open up the NCAA Tournament on Friday with Monmouth at 4:30 p.m. CT. The game will air live on ESPN3 and is available through WatchESPN and the WatchESPN app.