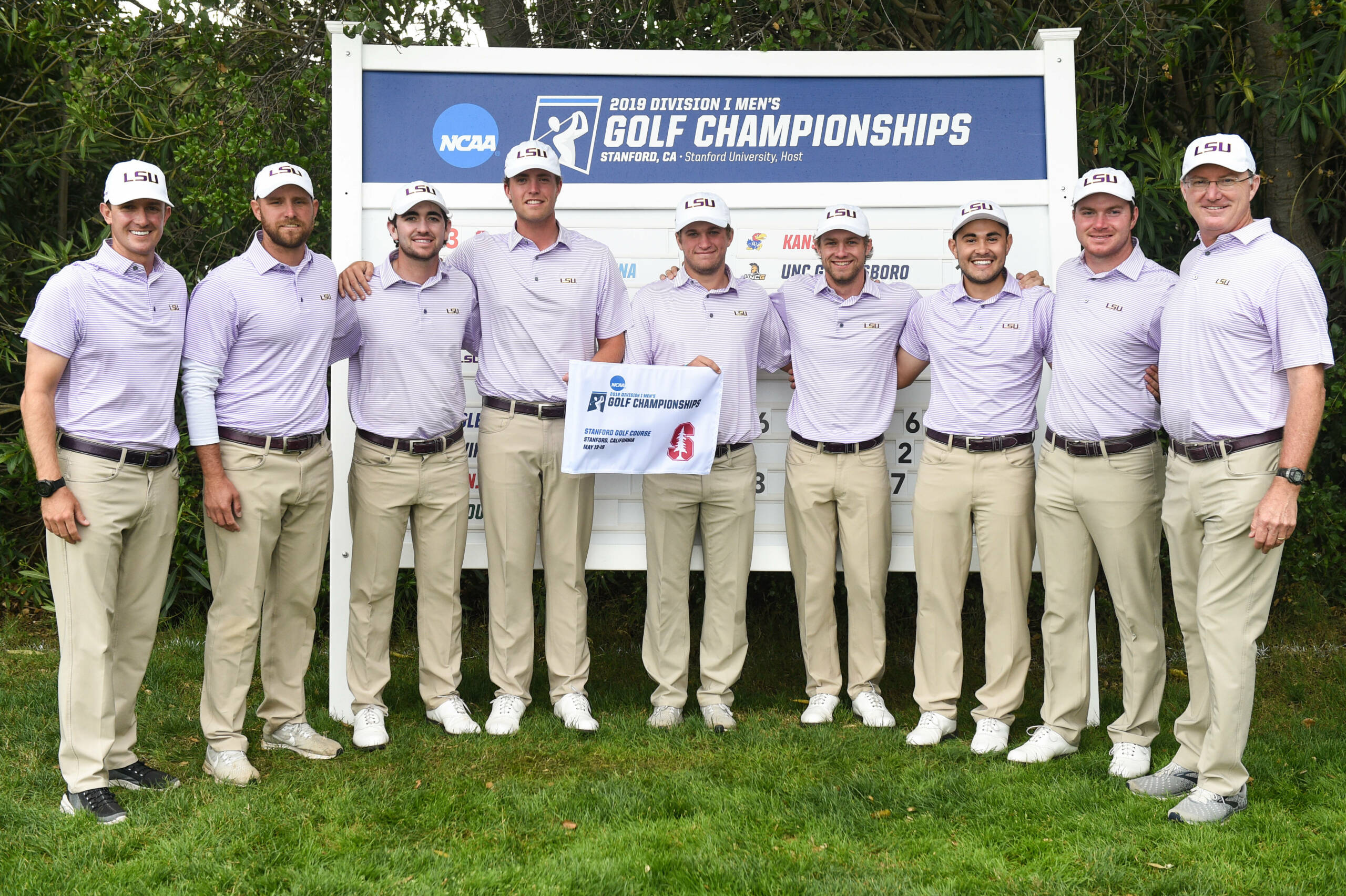 Stanford, Calif. – It was an old-fashioned SEC duel for the fifth and final NCAA Championship spot on Wednesday afternoon at the NCAA Stanford Regional, hosted at the Stanford Golf Course, between the LSU and Ole Miss men’s golf teams, and the Tigers from Baton Rouge came out on top and advanced to the NCAA Championship for the eighth time in the last 10 season.

“It’s survive and advance at this stage of the year,” head coach Chuck Winstead said. “This tournament is always a challenge, no matter where you play. My guys grinded it out this week. We’ve been in this position before. We’re happy to know that we have more golf ahead of us.”

Freshman Michael Sanders fired the best NCAA round of his young career with a 1-under 69 to pace the Tigers. The native of Davidson, N.C., had a smooth presence about him on the final day of the regional. Sanders, who started on the back nine with the rest of his teammates, opened his round up with nine straight pars before he made the turn. After the turn, he birdied holes No. 1 and No. 3 to move to 2-under for the round. A bogey on the par 3 8th, brought him back to 1-under for the round before he closed out with a par on No. 9 for his 69. Sanders finished the tournament in a tie for 27th at 3-over 213.

Nathan Jeansonne and Luis Gagne, LSU’s senior leaders, checked in with even par 70s to keep the season alive. Gagne finished tied for 10th in the tournament with a final score of 3-under 207; it’s the 19th top-10 finish of his career, which is the fourth most in school history. Gagne’s round featured one eagle, two birdies, 11 pars and four bogeys for his even par round. It was Gagne’s second NCAA regional eagle of his career and the third of his senior season. Jeansonne got off to a bad start with a double on No. 10, but after that he played the rest of the round at 2-under for the final 17 holes. After the double bogey, he finished the final 17 holes with five birdies, 11 pars, a bogey, and another double bogey. Jeansonne, who had a rough first two days, finished tied for 67th, but when the Tigers needed him the most, he came through.

The Tigers will now prep for the NCAA Championship that will take place in Fayetteville, Ark., at the Blessings GC on May 24-29.

Finals play consists of three days of stroke play on Friday, May 24 through Sunday, May 26 (54 holes), after which the top 15 teams and nine individuals not on an advancing team will be determined. That is followed by a final day of 18 holes of stroke play on Monday, May 27 to determine the top eight teams that will advance to match play as well as the 72-hole individual champion. The team national champion will be determined by a match-play format that will consist of quarterfinals and semifinals conducted on Tuesday, May 28, followed by finals on Wednesday, May 29.