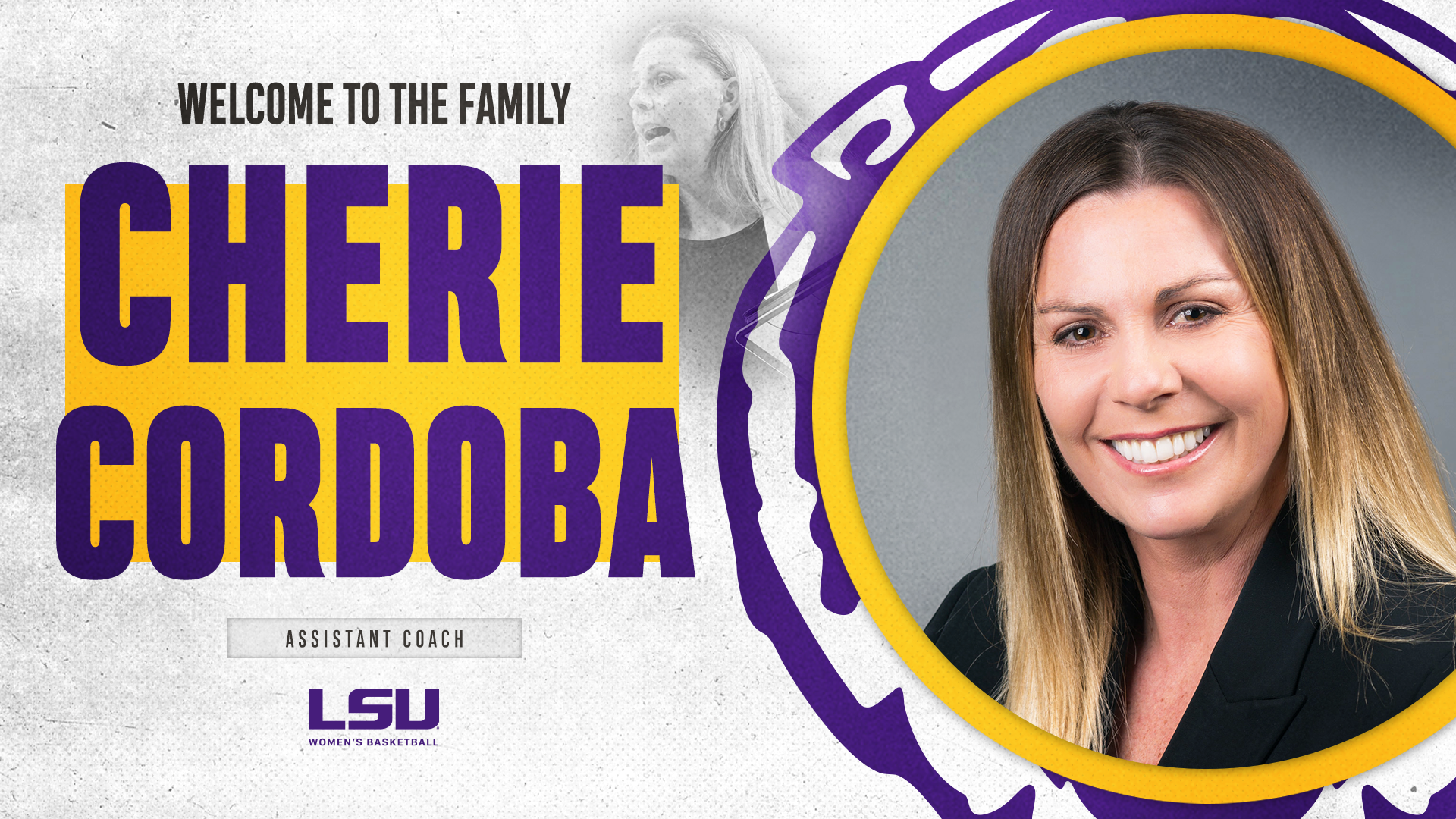 BATON ROUGE – Cherie Cordoba has been hired as an assistant coach for the LSU women’s basketball team, head coach Nikki Fargas announced on Wednesday. Cordoba, a native of Australia, brings two decades of collegiate and international coaching experience to the table, including the last five seasons at Buffalo.

“I’m excited to welcome Cherie to our coaching staff,” said Fargas. “Her background has a fantastic mix of collegiate and international experiences as a coach and player. She is a great recruiter with ties all over the country and internationally, especially in her native Australia. Her ability to develop players will be a great asset to our guard play.”

In the 2017-18 season, UB posted a program-best 29-6 record while earning an at-large bid to the NCAA Tournament and earning upset victories in the first and second rounds. The Bulls also earned their first national ranking, closing out the season ranked No. 21. UB had a potent offensive attack, averaging 78.1 points per game and recording a program record 633 assists. Her key recruit Stephanie Reid, a fellow Australian, set the school record for career assists as she notched 681 career helpers over her illustrious career in a Buffalo uniform.

A quartet of Australian-born players led the Buffalo squad in 2016-17 as Reid, Courtney Wilkins, Katherine Ups and Liisa Ups provided UB with depth that led UB to a 22-win season. Reid set the single season assists record with 233. The 2015-16 squad earned the program’s first MAC tournament championship and NCAA bid. The Bulls entered the tournament as the No. 8 seed and became the lowest seed to ever win the tournament crown. In 2014-15, Cordoba helped UC turn in a great season on the court that culminated in an invitation to the Women’s National Invitation Tournament (WNIT). The WNIT appearance was the first in program history.

Prior to Buffalo, Cordoba spent two seasons as an assistant at Indiana and two seasons at Hofstra. While with the Hoosiers from 2006-08, the former Cherie (pronounced sha-REE) Hogg helped guide the team to 37 combined wins with postseason WNIT victories in both seasons. At Hofstra, the Pride advanced to the 2006 WNIT and Hofstra ranked in the Colonial Athletics Association’s (CAA) top three in nearly every statistical category.

Cordoba preceded her time at Hofstra with two years as an assistant coach at her alma mater, UNLV. She played a large role in several areas of the Lady Rebels program, including scouting, recruiting, compliance, academic liaison and summer camps.

Prior to Cordoba’s tenure as a UNLV assistant coach, she played professionally in her native Australia, as well as Holland, Germany, the United Kingdom and Spain. While playing in Australia, she helped the Adelaide Lightning to a national championship in 1996. In 2000-01, she led the Rhondda Rebels in Wales, U.K. to a 37-1 record and National League, National Playoff and National Cup titles. Cordoba followed that season by helping Puig Den Valls in Ibiza, Spain, to a 30-2 record and the Premier Division championship in 2001-02.

Her professional playing career also included coaching stints with youth programs affiliated with her professional clubs in Holland and Australia. Additionally, she served as a police officer for the South Australian Police Department from 1997-2000.

Cordoba enjoyed a stellar playing career at UNLV that culminated with the Rebels appearing in the 1994 NCAA Tournament. One of four players in UNLV history to record 100 assists and 100 steals in the same season, she still holds the Lady Rebels single-season mark for steals (129) and three-point field goal percentage (.456) and the single-game record for steals (11). Cordoba currently ranks seventh on the UNLV career steals list with 231 and finished her two-year career with 319 assists. She was an All-Big West honorable mention selection as a junior and a first-team pick as a senior.

A 1994 UNLV graduate with a bachelor’s degree in athletic training, Cordoba was the 1992 California Community College Athletic Association Player of the Year at Lassen Community College in Susanville, California and is a member of the CCCWBCA Hall of Fame Class of 2019. She began her basketball career as a member of the Australian “train-on” teams from 1986-88 and earned an Australian Institute of Sport scholarship in 1988