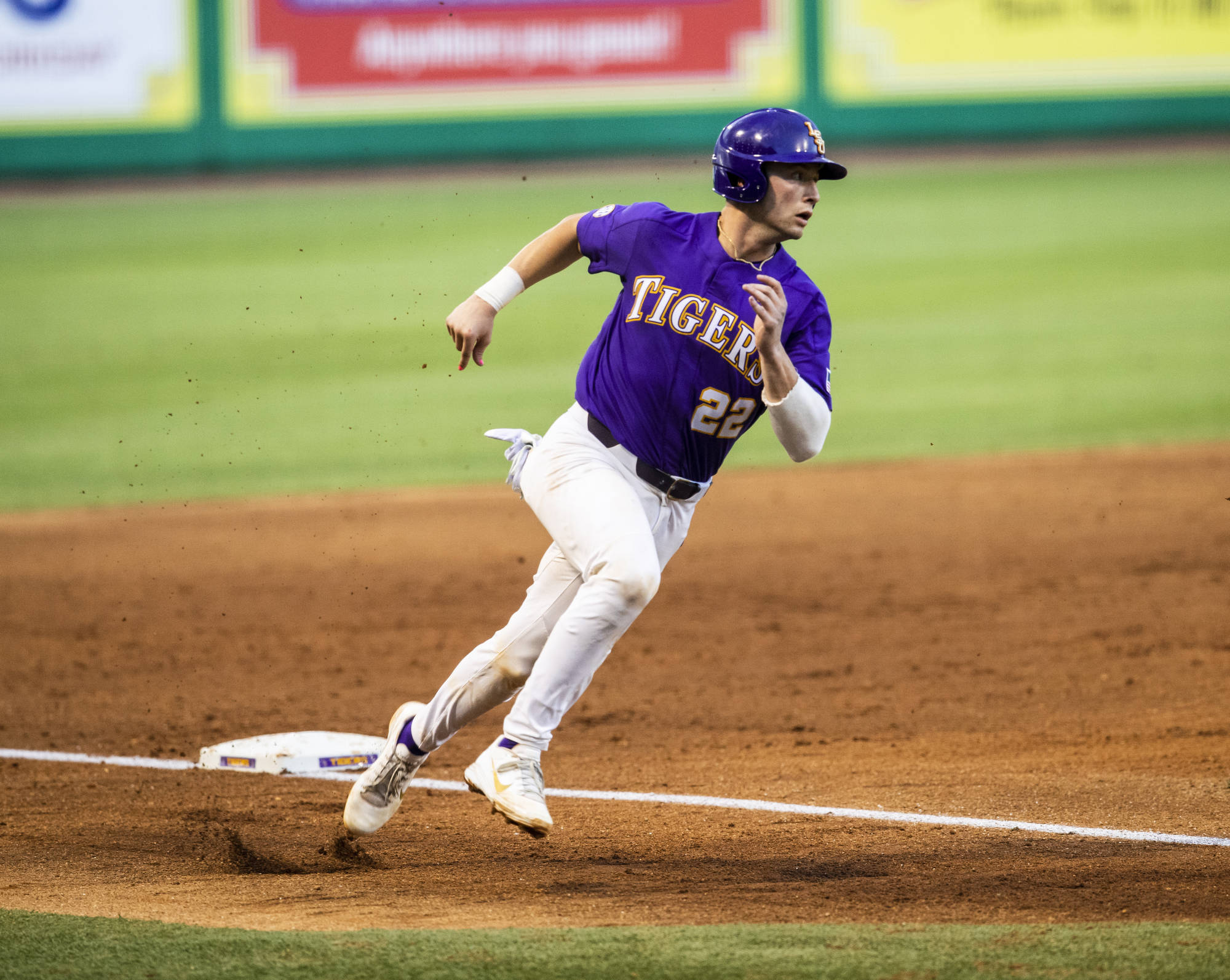 BIRMINGHAM, Ala. —– In a continuing effort to recognize the accomplishments of student-athletes beyond the field of competition, the Southeastern Conference once again highlighted a Community Service Team for baseball for the 2019 season. The conference names a Community Service Team for each of its 21 league-sponsored sports, looking to highlight an athlete from each school who gives back to his community through superior service efforts.

LSU – Brock Mathis, C, So., Fairfield, Ohio
Brock Mathis participates in LSU’s annual Halloween Boo-zar, where student-athletes distribute candy to children in the Baton Rouge community … he has also engaged in Thanksgiving with the Tigers, a program in which LSU student-athletes deliver food to families in need … Mathis assisted with the annual Alex Box Stadium Campout for children and their parents … he has worked as a volunteer at the University Laboratory School on the LSU campus, where he assists in various educational activities with the students … the volunteers are able to provide inspiration to the students through their interactions.

Alabama – Brock Love, Jr., RHP, Gadsden, Ala.
Totaled triple-digit community service hours across his four seasons at Alabama … Earned the University’s 2019 “Male Heart of Service” award, given to the Alabama Athletics Department’s top male student-athlete for his dedication to volunteering and community service … Spent his Christmas break on a mission trip for five days in Costa Rica, working with Nicaraguan refugees … Took part in a Habitat for Humanity build in the Fall of 2018 … Joined the team at the Miracle League of Tuscaloosa … Major contributor to FCA

Arkansas – Trevor Ezell, Sr., 1B, Bryant, Ark.
Salute to Veterans – Visited patient’s rooms at the VA Hospital and interacted with them on Valentine’s Day … Book Hogs Kickoff at Vandergriff Elementary – Attended the annual Book Hogs program kick off at a local elementary school. Book Hogs is a program associated with Arkansas Athletics and various schools in the area to help promote the importance of reading to elementary school children … Christmas-Angel Tree – Helped adopt two underprivileged families as a team to provide gifts during the holiday season. The team received a Christmas list and shopped for them so they would have presents on Christmas day … Christmas Gift Delivery to Greenland Elementary – The Razorback Baseball team delivered various gifts to kids at Greenland Elementary to everyone would have at least one gift on Christmas morning.

Auburn – Blake Schilleci, Sr., P, Birmingham, Ala.
Helped tornado relief efforts in Smiths Station Alabama by volunteering with Samaritan’s Purse and removing debris from private properties … Participated in World Read Aloud Day at Yarbrough Elementary School … Visited with and distributed gifts to patients at the Children’s Hospital of Alabama … Helped put on a morning clinic for children with disabilities by teaming up with the Miracle League of East Alabama.

Florida – Austin Langworthy, Jr., OF, Williston, Fla.
Austin Langworthy has spent over 20 hours as a classroom assistant in the 2018-19 academic year, mentoring to students about making healthy decisions, giving directions for assignments, and leading activities.

Kentucky – T.J. Collett, 1B/C, Jr., Terre Haute, Ind.
T.J. Collett, who hails from Terre Haute, Indiana, is heavily involved with the NEGU/Jessie Rees Foundation, whose mission is connecting with families of young cancer patients, bringing awareness to their stories, offering them a network of helpful resources and sending the entire family encouragement throughout their journey. NEGU, which stands for Never Ever Give Up, has worked with Collett on bringing children and their families to UK home baseball games to experience pregame activities on the field and in the dugout, as well as be announced during the game. As part of his work with NEGU, Collett has spearheaded an effort where members of the UK baseball team delivery Joy Jars to young cancer patients. The jars are stuffed with toys, games, and other things to brighten patients’ days while fighting the disease. Collett also works with Miracle League baseball.

South Carolina – TJ Shook, RSo., P, Irmo, S.C.
TJ Shook volunteered at South Carolina’s canned food drive to help the families affected by Hurricanes Florence and Michael this past fall … He helped out at the Miracle League, which is a program of the Columbia Parks and Recreation department … Then in October, TJ and the team hosted the Chapin Screaming Eagles at Founders Park, playing a game against the Gamecocks … TJ volunteered at the Ray Tanner Run, which takes place every fall, and spoke to the kids at the Irmo Little League before their season began this spring.

Tennessee – Garrett Stallings, P, Jr., Chesapeake, Va.
Garrett Stallings has been one of the most active student-athletes on campus when it comes to volunteering in the community. The Virginia native has racked up over 100 hours of community service during his time at Tennessee, volunteering his time to a variety of different causes and organizations including but not limited to: The East Tennessee Children’s Hospital, Pedal for Alzheimer’s, the Knoxville Challenger League, Race Against Racism and the VOLeaders Academy. As a member of the 2017-18 VOLeaders Academy class, Stallings was one of 19 Tennessee student-athletes that had the opportunity to visit Ecuador last summer as part of the program’s year-end cultural exchange trip that aims to provide applied leadership and service opportunities focused on community development and social change through sport.

Texas A&M – Christian Roa, P, So., Houston, Texas
Led the team’s Vs. Cancer fundraising efforts with nearly $2,200 in contributions raised as the Aggies raised over $23,000 in 2019… He is a two-year participant in the Aggies Baseball Paint-A-Thon where the team visits the home of a local resident in need to paint the exterior of the home, perform basic outdoor maintenance and landscaping… Active in A&M’s Aggies Can initiative, the largest student-athlete run food drive in the nation… Mission trips to Central America most recently include Belize.