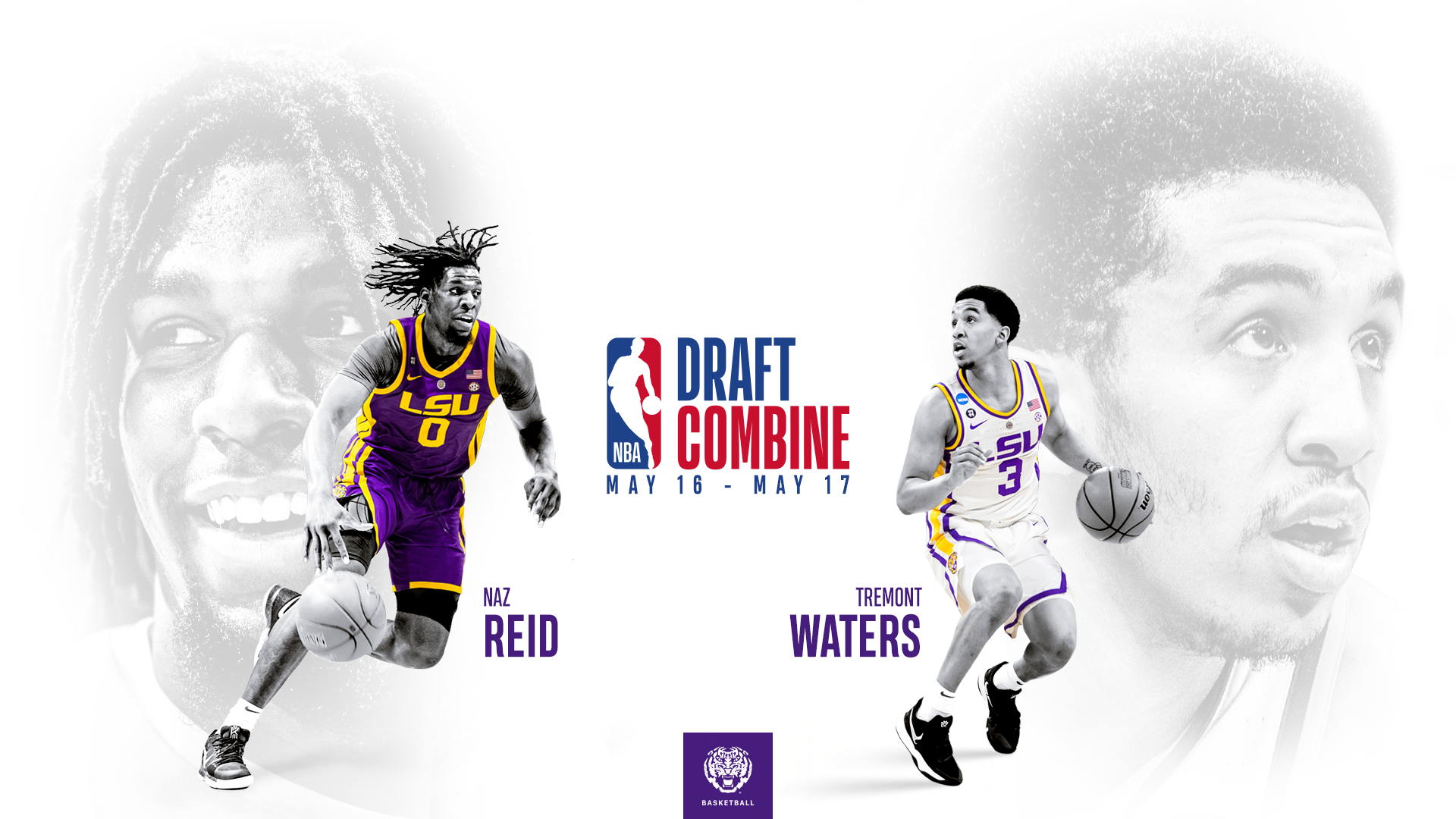 BATON ROUGE – LSU Basketball players Tremont Waters and Naz Reid are among the 66 players taking part this week in the 2019 NBA Combine, another step in heading to their dream of being selected in June in the 2019 NBA Draft.

The event features five-on-five games as well as shooting, strength and agility drills at Quest Multisport in Chicago. ESPN2 will have coverage on both Thursday and Friday from 2-6 p.m. CT.

Waters, from New Haven, Connecticut has played two years at LSU and this past season was named All-SEC first team, All-SEC defensive team and was the SEC Co-Defensive Player of the Year. He was a finalist for the Bob Cousy Award for the best point guard in the nation and averaged 15.3 points per game with 192 assists.

The 6-10 Reid, from Asbury Park, N. J., was at LSU for one season and was named to the All-SEC freshman team and the Collegeinsider.com Kyle Macy Freshman All-America team. He averaged 13.6 points per game and 7.2 rebounds a contest.

The Tigers in 2018-19 won the SEC regular season title and posted two NCAA Tournament victories, advancing to the Sweet 16.