Tigers Move Up to Sixth at Stanford Regional 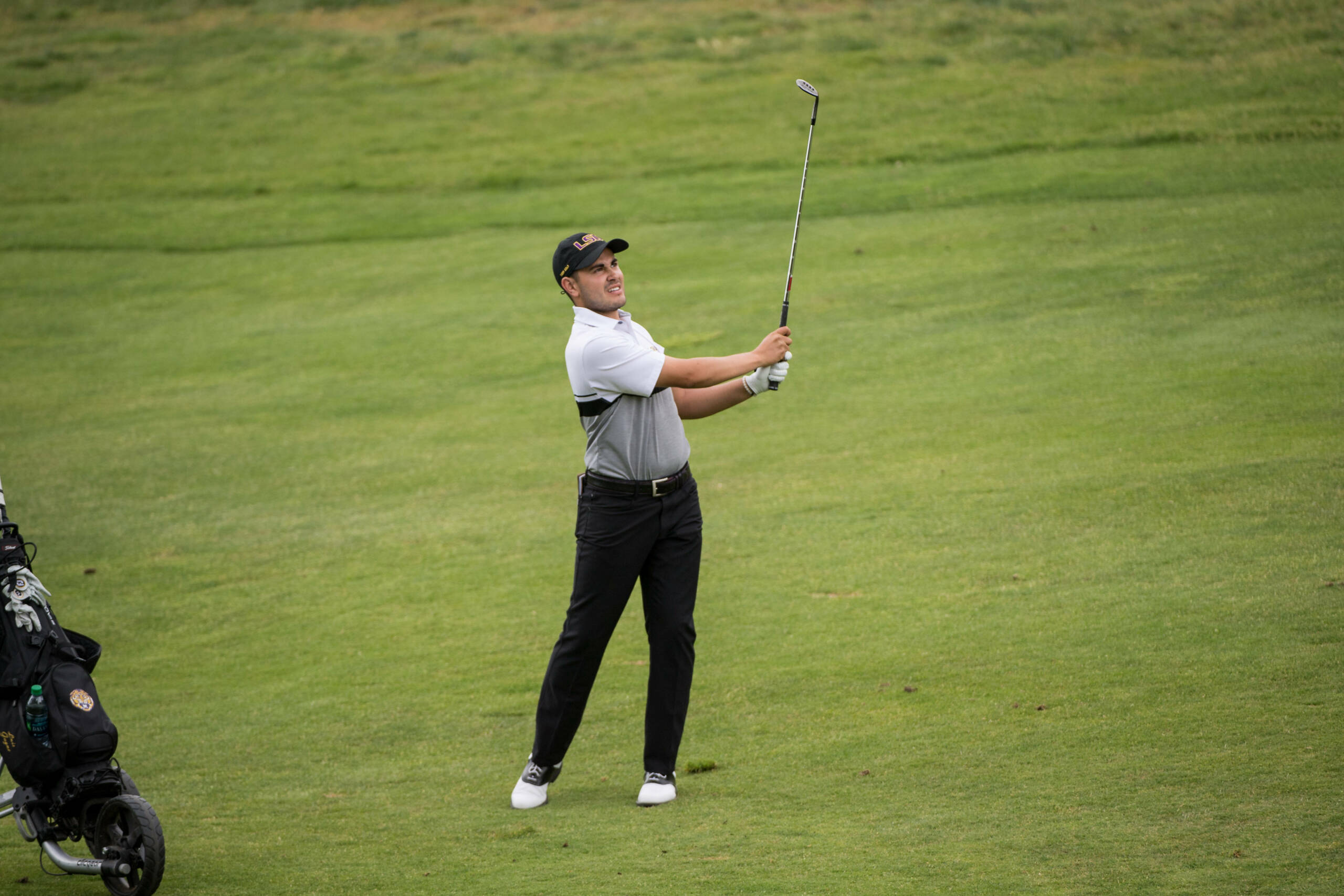 Stanford, Calif. – A 7-under 273 by the LSU men’s golf team moved the Tigers up into sixth place on day two of the NCAA Stanford Regional at the Stanford Golf Course. The Tigers will enter Wednesday’s final day of play just three shots outside of the ever-so coveted top-five positioning.

The Tigers, who have a two-day total of even par 560, trail fifth place Ole Miss by three shots, fourth place Georgia Southern by four shots, and Arizona State and North Carolina are tied for second five strokes ahead of LSU. Stanford leads the whole tourney at 15-under 545. The Tigers 7-under 273 on Tuesday was the third lowest round of the day at the tournament. The Tigers rolled in 23 birdies as a squad to mark the second most the team has recorded in a single round this season.

Six of those 23 birdies came via Luis Gagne on his way to shooting a team low 4-under 66 on the day. Gagne opened the round up with a 1-under 34 on the front nine before he made a milestone birdie on No. 11. Playing the 351-yard par 4, Gagne rolled in the 400th collegiate birdie of his career to move his round to 2-under for the day. He followed No. 11 with a bogey on 12, and then he finished with a flurry of three-straight birdies on numbers 15-17 to get his round back to 4-under. Gagne is tied for ninth with a two-day total of 3-under 137.

Philip Barbaree registered his second straight round of under par play with an identical 2-under 68 to match his score from Monday. The 136 strokes after two rounds has him tied for fifth. Barbaree carded six birdies just like Gagne; the six birdies in the round were the second most by Barbaree this season in a single round. In addition to his six birdies, he had eight pars and four bogeys for his 2-under 68.

Trey Winstead rebounded nicely from Monday’s tough round with a 1-under 69. The sophomore played tremendously on his first nine holes with a 3-under 32, but a 2-over 37 on the back nine brought him back to 1-under for the day. Winstead is in a tie for 55th with a two-day total of 6-over 146.

Freshman Michael Sanders had a steady day on the course with an even par 70. His round got as bad as 2-over, but he stayed the course and made three birdies to only one bogey on his final 14 holes to get his tally back to even par; Sanders is in a tie for 46th at 4-over 144. Nathan Jeansonne shot a 9-over 79 and he is in a tie for 71st.

The all-important final 18 holes will take place on Wednesday. The Tigers are within striking distance and need a top-five finish to advance to the NCAA Championship later this month in Fayetteville, Arkansas. The Tigers will tee off on Wednesday at 10:30 a.m. CT alongside Georgia Southern and Ole Miss off hole No. 10.