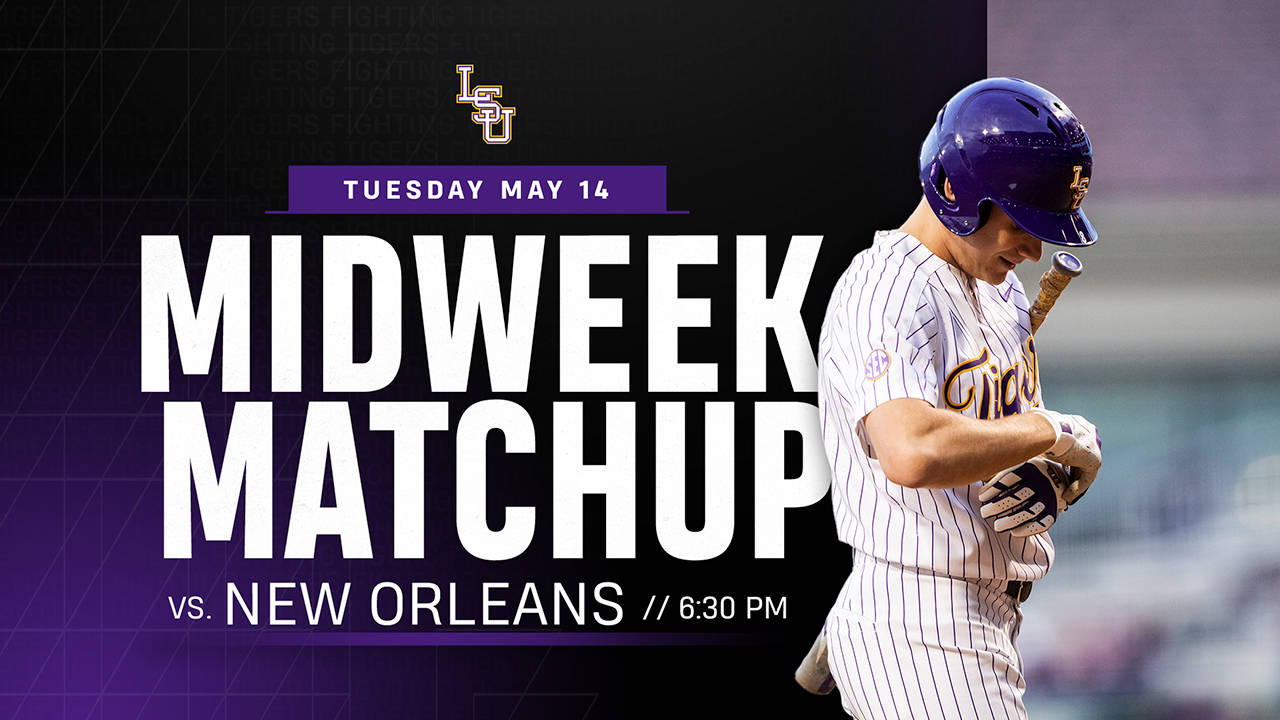 TICKETS
Visit www.LSUtix.net or the StubHub Marketplace on your desktop or mobile device.

SERIES RECORD
LSU leads the all-time series with New Orleans, 60-36, including a 14-6 win over the Privateers last season (Feb. 21) in Baton Rouge. The Tigers have won nine of the past 11 matchups between the schools. LSU coach Paul Mainieri played for two seasons at UNO under former Privateers coach Ron Maestri in 1978 and ’79. Fourth-year UNO coach Blake Dean played at LSU under Mainieri from 2007-10 as an outfielder/first baseman, earning 2008 first-team all-America honors and helping lead the Tigers to the 2009 College World Series title.

QUOTING PAUL MAINIERI
“I love (UNO coach) Blake Dean like a son. He played four years for us here at LSU, and he gave us everything he had. It’s always a difficult game when we play them, because you have to put your personal feelings on the shelf. We need to go out there and play a much better game than we have in our most recent midweek games. We’re a little thin in our pitching staff, so we’ll need to play inspired baseball to make up for that.”

ABOUT THE TIGERS
• LSU is 15-12 in the Southeastern Conference and concludes the regular season with a three-game SEC versus Auburn beginning on Thursday
• The Tigers are No. 22 in the latest NCAA RPI rankings … LSU has 17 wins over Top 50 RPI teams, which is the fifth-highest total in the nation
• Senior rightfielder Antoine Duplantis launched a three-run homer in the eighth inning Saturday to LSU to a 3-2 win over fourth-ranked Arkansas … the home run for Duplantis was his ninth of the season and 334th career hit … Duplantis is No. 2 on the career LSU hits list, 18 hits behind former first baseman Eddy Furniss (1995-98) … Duplantis already holds LSU’s record for career at-bats (1,044), and he shares the school’s triples record (15) with former second baseman Todd Walker (1992-94)
• Junior right-hander Todd Peterson delivered a brilliant relief performance in Saturday’s win at Arkansas … Peterson entered the contest in the fifth inning and fired four shutout innings, limiting the Razorbacks to one hit with two walks and three strikeouts
• LSU’s starting pitcher on Saturday, freshman right-hander Landon Marceaux, delivered his best outing of the season, as he worked five innings and limited Arkansas to two runs on seven hits with three walks and two strikeouts
• Sophomore leftfielder Daniel Cabrera was the Tigers’ top hitter in last week’s games, batting .333 (5-for-15) with two doubles, two homers, four RBI and five runs scored … Cabrera launched a pair of solo homers in Thursday’s game at Arkansas, marking his second two-homer game of the season .. he also blasted two dingers in the Tigers’ season opener on February 15 versus Louisiana-Monroe

ABOUT THE PRIVATEERS
• UNO is 12-15 in the Southland Conference … the Privateers conclude the regular season with a conference series at Stephen F. Austin beginning on Thursday
• The Privateers are batting .262 as a team this season with 36 home runs and 27 steals in 32 attempts … the UNO pitching staff has a 5.53 team ERA
• Right-hander Reeves Martin, the UNO closer, is 4-0 with a 1.06 ERA and 14 saves … Martin has made 28 appearances and recorded 53 strikeouts in 34 innings
• The Privateers are led at the plate by senior utility player Collin Morrill, who is batting .313 with 18 doubles, seven homers and 32 RBI … junior outfielder Luther Woullard has collected 12 doubles, two homers and 35 RBI, while sophomore outfielder Pearce Howard has 13 doubles, five homers and 32 RBI.