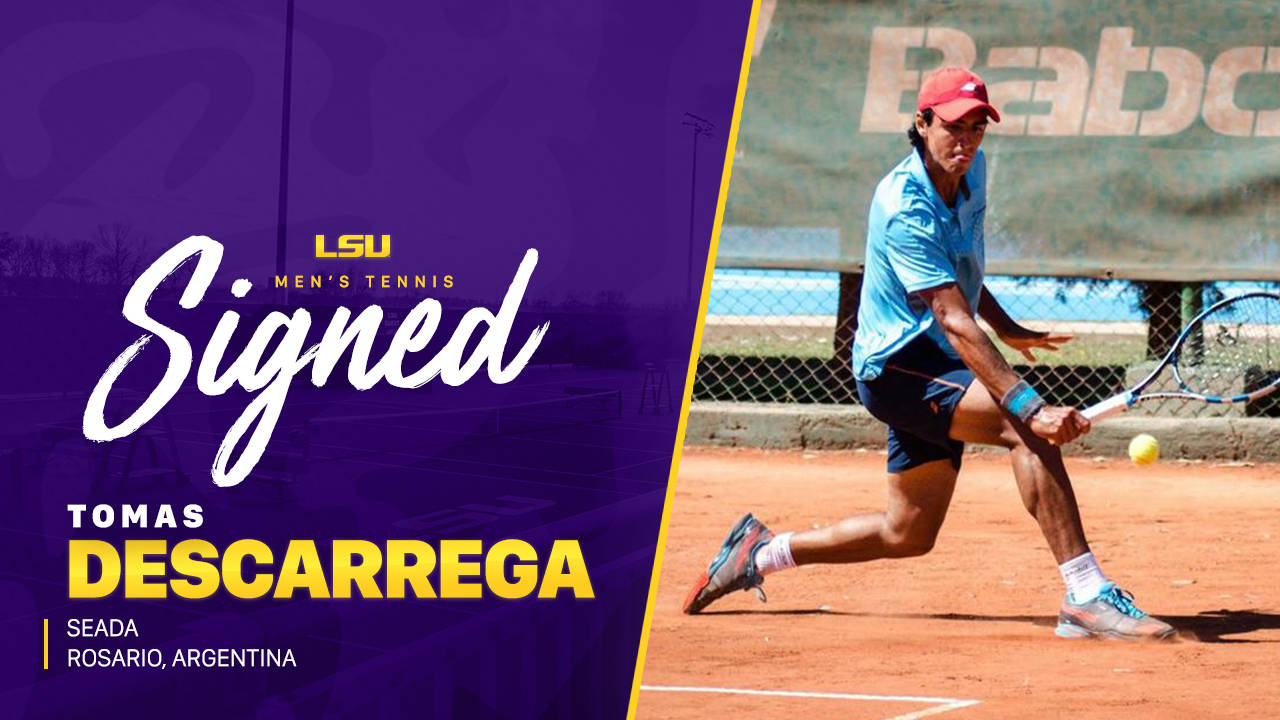 The Rosario, Argentina native has reached a career high of 70 in ITF juniors and has a universal tennis rating high of 13.7.

“Tomy is the type of person every program wants,” co-head coach Chris Brandi said. “He’s not afraid of hard work, and he’s a great teammate. He will have a positive impact on the culture of LSU Tennis. He has played at a very high level in juniors in singles and doubles, and we are excited to have him join us this fall.”

Descarrega joins Ronnie Hohmann in the 2019 class for a total of two new members. The 2019 recruiting class is currently ranked No. 11 on tennisrecruiting.net, which is the highest LSU has been ranked in school history, besting last year’s class which checked in at No. 21.