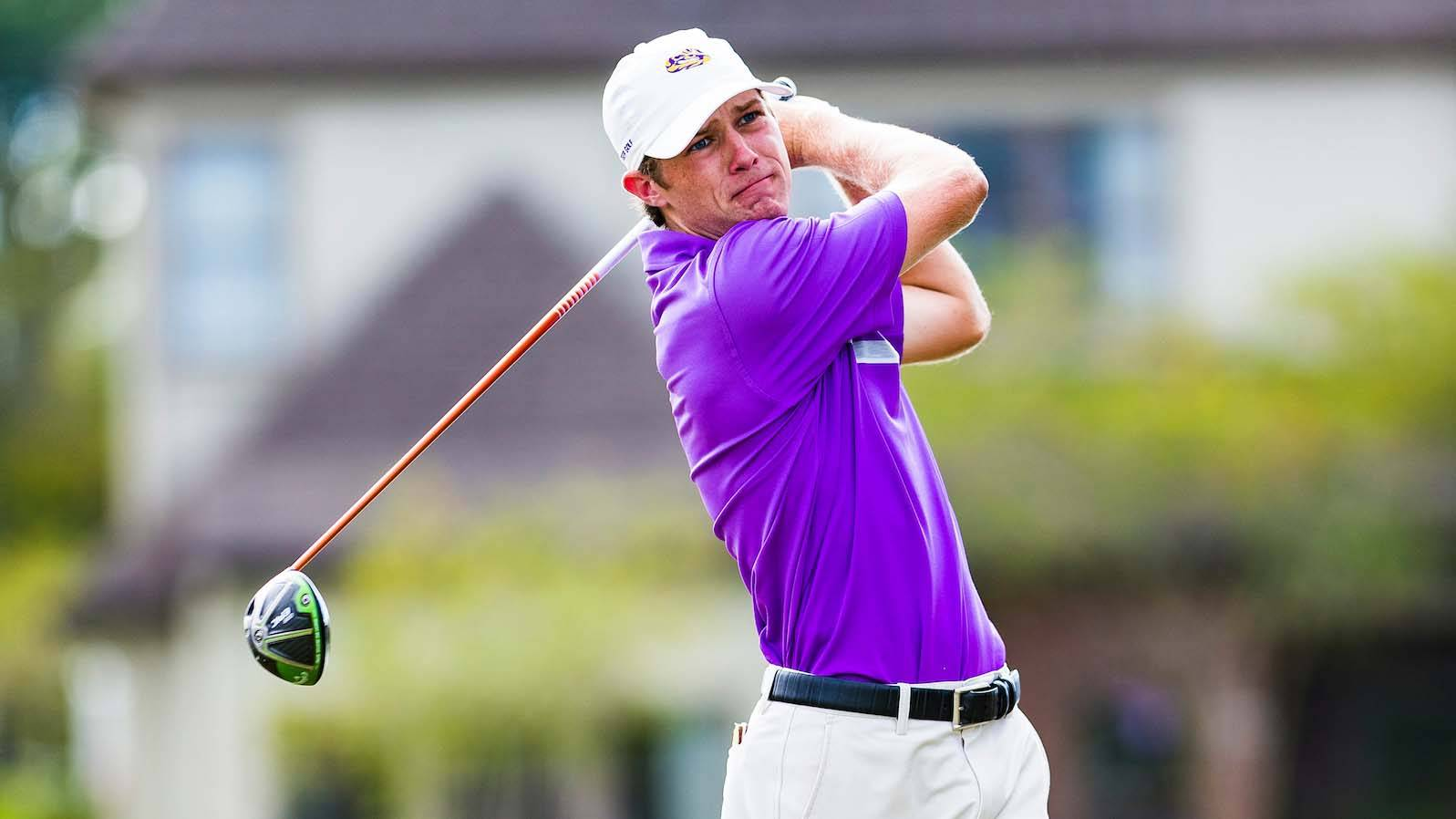 Baton Rouge, La. – The LSU men’s golf team will tee it for round one of the NCAA Stanford Regional on Monday with a 10:30 a.m. CT tee time alongside Arizona State and Stanford. The Stanford Regional will be hosted at the Stanford Golf Course in Stanford, California.

LSU’s starting lineup at the regional will be Luis Gagne, Philip Barbaree, Trey Winstead, Nathan Jeansonne, and the fifth spot will be either Garrett Barber or Michael Sanders. Gagne (71.29 avg.) and Barbaree (71.30 avg.) have been the low scorers this season for the Purple and Gold. The duo of Gagne and Barbaree have been extra reliable this season for the Tigers; out of Gagne’s 24 rounds played, he has counted towards the team score 23 times, and Barbaree has factored into the team score in 25 of his 27 rounds. Barbaree has a team leading three top-five finishes this year and he also leads the team in eagles with six. Gagne has three top-10 showings this season to go along with the team leads in birdies (84) and birdies per round (3.5 avg.).

Winstead has improved noticeably during his sophomore year with career bests in stroke average (71.63), birdies per round (3.29), and pars per round (11.46). Winstead is the only Tiger this year to claim medalist honors as he won the David Toms Intercollegiate in October with a three-round score of 7-under 209. He earned his only other top-10 finish of the season a few weeks ago at the Shoal Creek Invitational with a tally of 1-over 217 to place ninth.

For Sanders, it would be his second start of the spring season as part of the Tigers’ starting five if he were to get the call. Sanders owns a 72.39 scoring average during his freshman season and he earned back-to-back top-five finishes in the fall at the David Toms Intercollegiate (-4/212) and Tavistock Collegiate (-5/210). Jeansonne will anchor the lineup with a solid veteran presence who is averaging 72.83 strokes per round this season. If Barber gets the nod, it would be his eighth start of the season with the starting five. The native of Stuart, Fla., has a  73.17 scoring average to his name and he owns two top-10 finishes on the season.

As a team, LSU has registered team scores of even par or better in 15 of their 28 rounds this season for a scoring average of 284.30. LSU’s best performance of the season arguably came in California at ‘The Prestige’ in February; the Tigers won the tournament with a team total of 14-under 838 while knocking of No. 1 Oklahoma State. Live scoring for the Stanford Regional can be found at Golfstat.com.