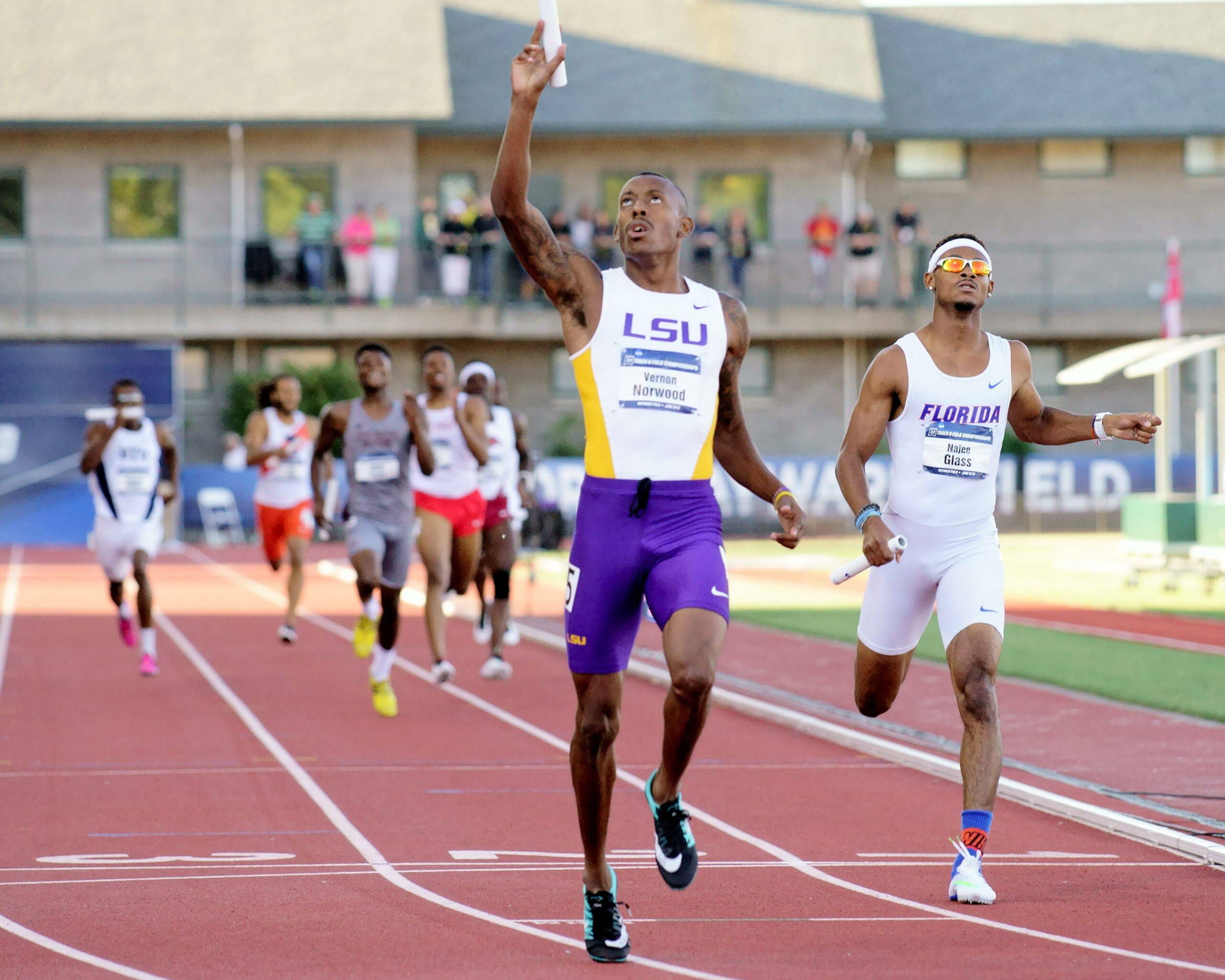 Yokohama, Japan – The LSU track and field program was represented abundantly on the world stage at the 2019 IAAF World Relays that took place in Yokohama, Japan. Five former Tigers represented the United States, and Nethaneel Mitchell-Blake ran for Great Britain.

One of the most dynamic sprinting duos in NCAA history, Mikiah Brisco and Aleia Hobbs teamed up like old times as teammates on the USA 4×100 meter relay squad. Brisco started the race as the lead leg for the Americans and Hobbs closed the door on the anchor leg. Team USA’s women’s 4×1 claimed gold with a time of 43.27. Brisco and Hobbs were joined by Ashley Henderson and Dezerea Bryant.

Vernon Norwood picked up a gold medal as a member of Team USA’s 4×200 meter relay team and helped the Americans win gold with a time of 1:20.12. Norwood served as the third leg and was joined on the relay by Christopher Belcher, Bryce Robinson, and Remontay McClain.

Ryan Fontenot ran the anchor leg in the preliminary round for Team USA’s mixed shuttle hurdle relay and helped his squad advance to the finals with a time of 55.09. Fontenot did not compete in the finals as he was replaced by American hurdler Devon Allen, but he will still be awarded a gold medal for playing a part in the title.

Mitchell-Blake served as the anchor leg of the Great Britain men’s 4×100 meter relay that took third with a readout of 38.15. Michael Cherry ran on the men’s American 4×400 meter team that crossed the finish line in second place, but after the race concluded Team USA was disqualified.