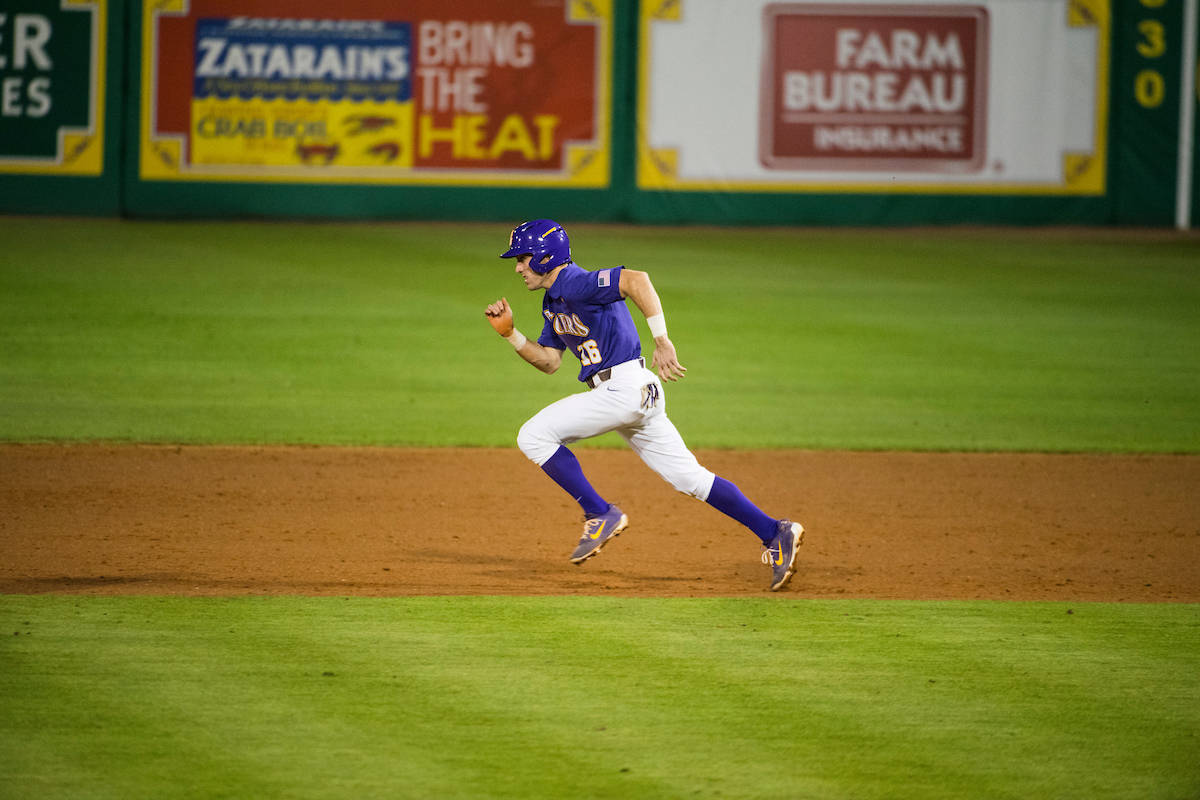 The teams conclude the series at 1 p.m. CT Saturday in a game that will be televised on ESPN2 and may be heard on affiliates of the LSU Sports Radio Network.

Kopps (5-3) entered the game with Arkansas trailing 3-1 in the fourth inning and blanked LSU through four frames, allowing just one hit with one walk and four strikeouts.

LSU reliever Zack Hess (3-4) was charged with the loss as he entered the game in the fifth inning and allowed three runs on five hits in two innings with one walk and four strikeouts.

“I thought we competed very well early, and we had the lead, but we weren’t able to expand it,” said LSU coach Paul Mainieri. “Our players are battling with everything they have. It’s frustrating, because we’re a little shorthanded on the mound right now, but we’ve got another game tomorrow and three more league games next week, and we’re going to continue to fight as hard as we can.”

The Tigers took a 1-0 lead in the top of the first inning when shortstop Josh Smith singled and later scored on an RBI double by leftfielder Daniel Cabrera.

LSU extended the lead to 3-0 in the second when catcher Saul Garza launched a two-run homer, his fourth dinger of the season.

Arkansas narrowed the gap to 3-1 in the third when catcher Casey Opitz singled and scored on a double by leftfielder Christian Franklin.

Opitz led off the fifth with a single and later scored from third on shortstop Casey Martin’s groundout, and the Razorbacks tied the game, 3-3, in the sixth against Hess on a solo homer by rightfielder Heston Kjerstad, his 14th blast of the season.

Arkansas plated two runs in the seventh to take the lead as Martin and centerfielder Dominic Fletcher produced run-scoring singles.

The Razorbacks erupted for six runs on four hits in the eighth inning, as a two-run single by designated hitter Matt Goodheart and a two-run double by centerfielder Dominic Fletcher highlighted the outburst.

Smith ripped a three-run triple in the ninth inning for the Tigers to account for the final margin.